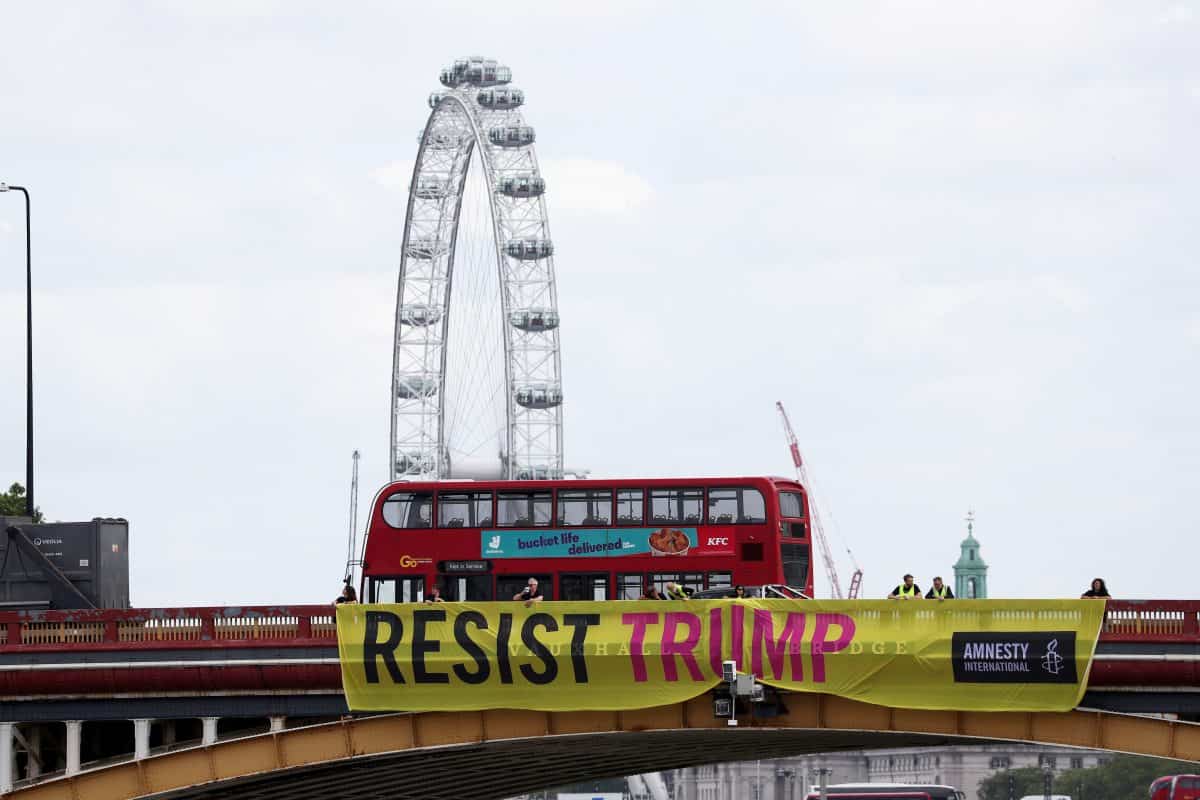 Protesters have unfurled five 20m-long banners opposite the US Embassy to “resist” the US president’s “trashing of human rights”.

Air Force One landed at Stansted Airport this morning. The Queen will host a state banquet at Buckingham Palace later today

Mr Trump will hold talks with Theresa May and attend a D-Day commemoration during the visit.

In a tweet insulting London’s Mayor Sadiq Khan, Trump said “Kahn reminds me very much of our very dumb and incompetent Mayor of NYC, [Bill] de Blasio who has also done a terrible job”.

He then says Khan is “only half his height”.