But HS2 Ltd said that no tree-felling works were scheduled to take place at the Colne Valley over the weekend. 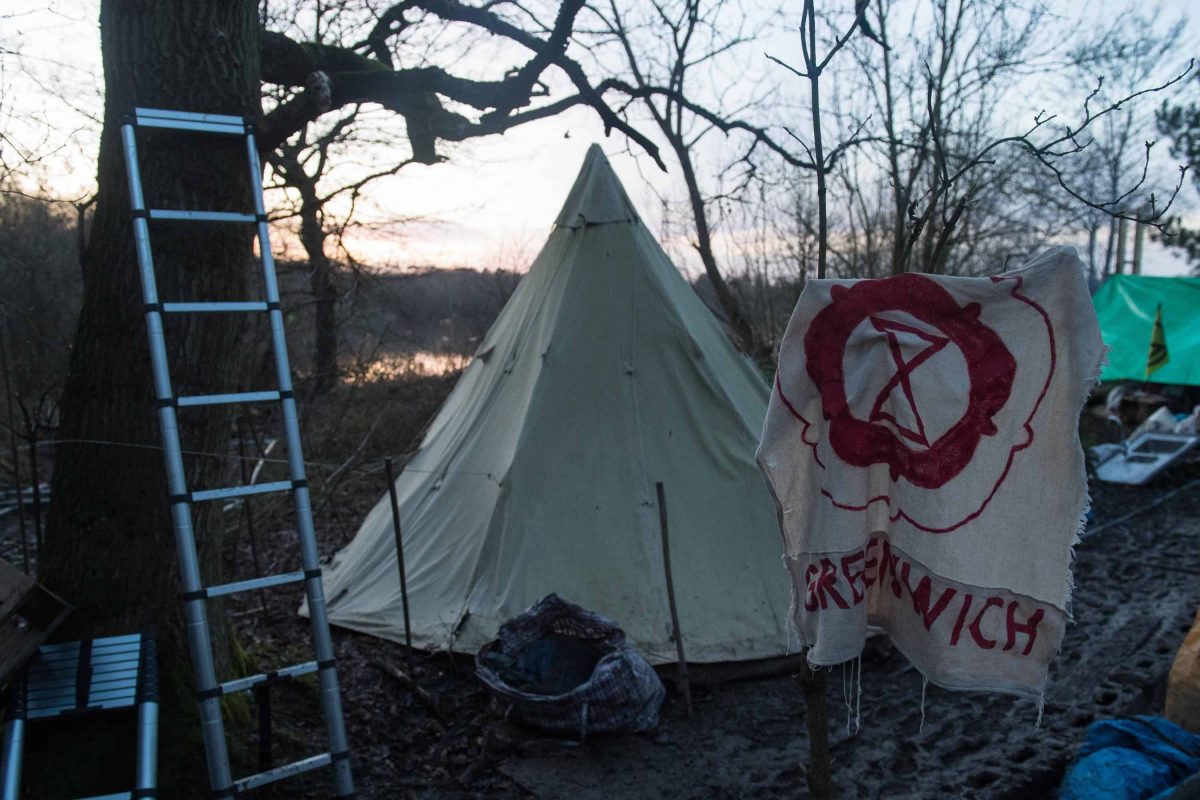 Environmental activists are trying to prevent trees being cut down as part of the HS2 high-speed rail project.

Extinction Rebellion said that hundreds of tree protectors were expected at the Colne Valley in west London over the weekend to prevent a tree-felling operation.

The environmental campaign movement said it was working with the Stop HS2 and Save Colne Valley to oppose the proposed operation at the site which is home to thousands of species of plants and wildlife.

It added that scouts had “witnessed no signs of any tree felling”, suggesting that the operation had been cancelled and hailed it as a “major victory” for activists.

But HS2 Ltd said that no tree-felling works were scheduled to take place at the Colne Valley over the weekend.

Extinction Rebellion said that following reports HS2 would be felling trees around nearby Ruislip, activists were “undeterred” and will “thwart HS2’s attempts to chop down the trees wherever these may take place”.

It claimed that HS2 bailiffs have evicted parts of the Harvil Road Wildlife Protection camp without a High Court eviction notice.

But a HS2 Ltd spokeswoman said: “This is land that is legally possessed by HS2.

“Protests such as this are costly to the taxpayer and are a threat to the security and safety of the public and our workers.

“We understand people feel strongly about the project and that they want us to hear their views, which is why we have numerous channels through which they can make their feelings understood.”

Extinction Rebellion said that around 4,000 trees have already been chopped down at the site and a further 28,000 trees are marked for felling.

HS2 works will also risk polluting the drinking water of 3.2 million people to the west of London with its plans to drill through a chalk aquifer on the site, it added.

Sarah Green, of Save Colne Valley, said: “It’s wonderful to see so many people come to Colne Valley to shine a light on this travesty of justice.

“HS2 is a horrendous project that will destroy our nature reserves.

“It’s evicting local businesses, farmers, the local outdoor activity centre, and people are being evicted from their family homes, even though the project is still under review.

“Our fresh air, water supply, our whole lives are being disrupted, for no benefit.”

The latest protest comes after a woman was granted permission by the High Court to bring legal proceedings against HS2, claiming its “three tunnels” design into Euston station will endanger the lives and properties of nearby residents.

Mrs Justice Lang on Thursday gave Hero Granger-Taylor permission to proceed with the Judicial Review claim she has been fighting for since June 2019, Stop HS2 said.

The hearing will take place in May.

Earlier this week, the Wildlife Trusts published a new report which claimed HS2 will destroy and divide “huge swathes” of “irreplaceable” natural habitats, including 108 ancient woodlands.

It urged the Government to “stop and rethink” the project – which is estimated to cost £88 billion overall.