The Duke of Sussex said 'Megxit' was a "misogynistic term... created by a troll, amplified by royal correspondents". 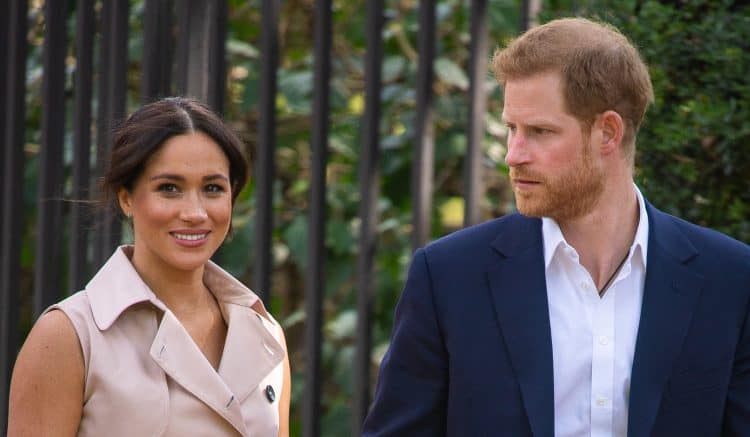 Prince Harry has said the word “Megxit” – used by the British press to describe the move by him and his wife Meghan to quit royal duties – is misogynistic.

He lashed out at the word as an example of online and media hatred. “Maybe people know this and maybe they don’t, but the term Megxit was or is a misogynistic term, and it was created by a troll, amplified by royal correspondents, and it grew and grew and grew into mainstream media. But it began with a troll,” Harry said, without elaborating.

The Duke of Sussex made the comments while speaking on a panel entitled the Internet Lie Machine, organised by US magazine Wired – at which he said he told Twitter boss Jack Dorsey the day before the Capitol riots on 6 January that “his platform was allowing a coup to be stages”.

“That email was sent the day before and then it happened and I haven’t heard from him since,” Harry said.

A study released in October by social media analytics firm Bot Sentinel identified 83 accounts on Twitter that it said were responsible for 70 per cent of the abuse and misinformation directed at Meghan and Harry.

Referring to the study, Harry said on Tuesday that “perhaps the most disturbing part of this was the number of British journalists who were interacting with them and amplifying the lies. But they regurgitate these lies as truth.”

Harry – who, along with Meghan – has since campaigned against social media hate, said that misinformation is a “global humanitarian crisis”.

Speaking about his mother, Princess Diana – who died in a Paris car crash while being chased by the paparazzi, Harry said: “I learned from a very early age that the incentives of publishing are not necessarily aligned with the incentives of truth.

“I know the story all too well. I lost my mother to this self-manufactured rabidness, and obviously I’m determined not to lose the mother to my children to the same thing.”

The Duchess of Sussex this week apologised for misleading the court over her recollection of the information given by her aides to the authors of an unauthorised biography about her and her husband.

Meghan sued the publisher of The Mail On Sunday, Associated Newspapers Limited (ANL), over five articles that reproduced parts of a “personal and private” letter sent to her father Thomas Markle, 77, in August 2018.

The High Court ruled earlier this year that ANL’s publication of Meghan’s letter to her father was unlawful, entering summary judgment for Meghan and avoiding the need for a trial.

But ANL is challenging that ruling at the Court of Appeal, arguing the case should go to a trial on Meghan’s claims including breach of privacy and copyright.

The court heard this week that Meghan and Harry’s former communications secretary Jason Knauf provided information to the authors of Finding Freedom by Omid Scobie and Carolyn Durand.

In a witness statement, Knauf said the book was “discussed on a routine basis”, which was “discussed directly with the duchess multiple times in person and over email”.

In her witness statement, made public on Wednesday, Meghan apologised for misleading the court about whether Knauf provided information to Scobie or Durand.

She said: “I accept that Knauf did provide some information to the authors for the book and that he did so with my knowledge, for a meeting that he planned for with the authors in his capacity as communications secretary.

“The extent of the information he shared is unknown to me.

“When I approved the passage…I did not have the benefit of seeing these emails and I apologise to the court for the fact that I had not remembered these exchanges at the time.

“I had absolutely no wish or intention to mislead the defendant or the court.”

Meghan added that she would have been “more than happy” to refer to the exchanges with Knauf if she had been aware of them at the time, adding they are “a far cry from the very detailed personal information that the defendant alleges that I wanted or permitted to put into the public domain”.

Related: AOC finally finds herself an Irn-Bru after COP call for help