He appeared on camera for the first time since he was forced to step back from public duties after his disastrous Newsnight interview in 2019. 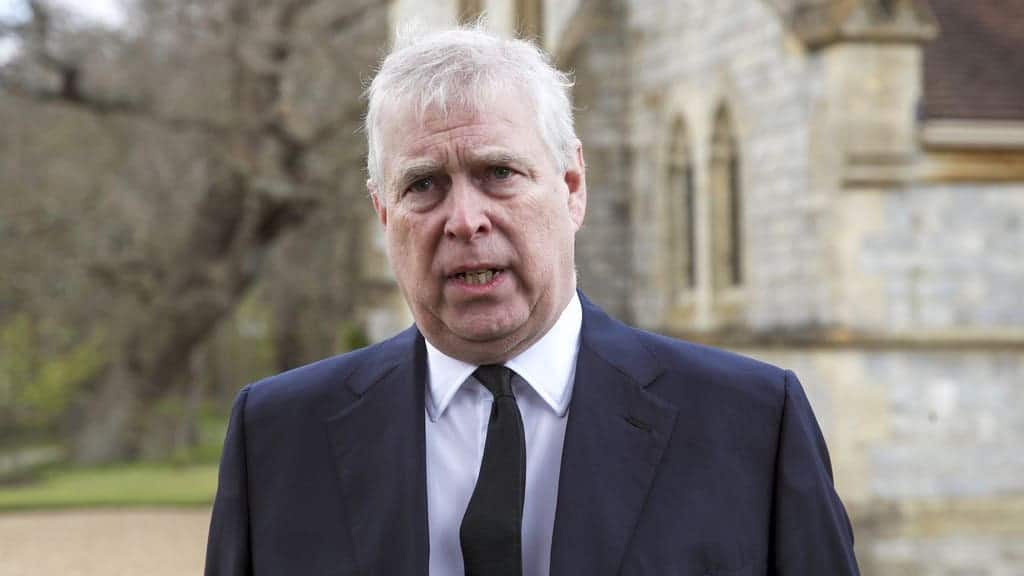 The Duke of York has said the death of his “remarkable” father is also the loss of the “grandfather of the nation”.

Andrew described the Duke of Edinburgh as someone who was “so calm” and would listen if his children had a problem.

The Duke of York, who stepped down from royal duties over his friendship with convicted sex offender Jeffrey Epstein in 2019, spoke after a church service in Windsor where members of the royal family said prayers for Philip.

Andrew told reporters: “He was a remarkable man.

“I loved him as a father. He was so calm. If you had a problem, he would think about it.

“That’s the great thing that I always think about, that he was always somebody you could go to and he would always listen so it’s a great loss.

“We’ve lost almost the grandfather of the nation. And I feel very sorry and supportive of my mother who’s feeling it probably more than everybody else.”

Andrew was appearing on camera for what is thought to be the first time since he was forced to step back from public duties after his disastrous Newsnight interview in 2019.

He was accused of lacking empathy for Epstein’s victims and for not showing enough remorse over his friendship with the convicted sex offender.

He has faced continued calls to speak to US prosecutors and the FBI, which intensified after his friend Ghislaine Maxwell was charged with recruiting girls for Epstein to sexually abuse.

Virginia Giuffre, who claims she was trafficked by Epstein as a teenager, said in an interview with BBC Panorama that she was “horrified and ashamed” after an alleged sexual encounter with Andrew in London in 2001.

He categorically denies any form of sexual contact or relationship with Ms Giuffre, and his lawyers say he has offered to help with investigations.

Speaking further about the effect of his father’s passing, Andrew described his mother the Queen as “an incredibly stoic person” but said her husband’s death had left “a huge void”.

“We are all in the same boat”

He said: “She described his passing as a miracle and she’s contemplating, I think is the way that I would put it.

“She described it as having left a huge void in her life but we, the family, the ones that are close, are rallying round to make sure that we’re there to support her.”

Andrew also recalled a conversation with his father some months ago.

He said: “My father said to me on the telephone a few months ago, ‘We are all in the same boat and we must always remember that, but occasionally we, the family, are asked to stand up and show compassion and leadership’.

“And unfortunately, with my father’s death, it has brought it home to me, not just our loss, but actually the loss that everybody else has felt, for so many people who have died and lost loved ones during the pandemic.

“And so, we are all in the same boat – slightly different circumstances because he didn’t die from Covid, but we’re all feeling a great sense of loss.

“I know there is a huge amount of support not just for her (the Queen) but for everybody as we go through this enormous change.”

The only Prince Andrew interview I’m interested is the one with the FBI. https://t.co/VCvjDKwt8J

There's also a huge Prince Andrew shaped void in the FBI's line of investigations into the Epstein scandal.

Apart from the FBI does anyone really want to hear from Prince Andrew? pic.twitter.com/jhE34pfh44