Andrew would "scream and shout" if servants didn't place his toys exactly as he wanted, a new documentary claims. 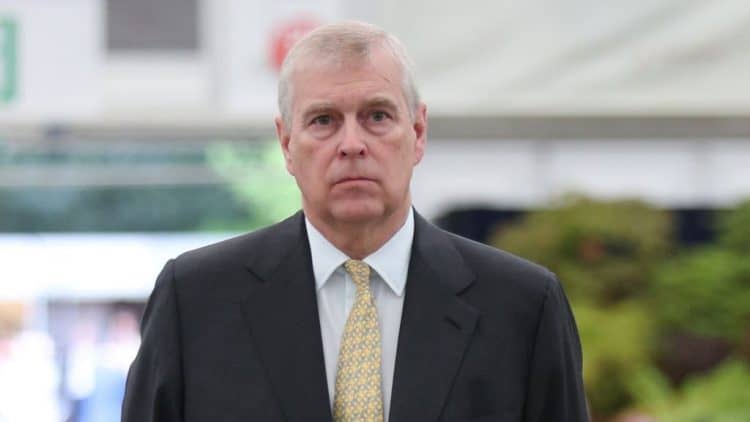 Prince Andrew drew up an exact sketch of how his collection of teddy bears and cuddly toys should be arranged on his bed every night, it has been claimed.

The embattled Duke of York, 61, would “scream and shout” if his servants failed to position them exactly as he wanted at Buckingham Palace, a former royal protection officer told ITV.

A handwritten guide – put together when Andrew was an adult – is said to have included a black panther and bears, two hippos and three cushions called ‘Daddy’, ‘Ducks’ and ‘Prince’.

It showed precisely where to place blankets, five toys and a fur – which had ribbons that had to hang off the side of the disgraced royal’s bed.

The instructions were reportedly laminated and titled: “DOY bed: Points for turn down & making the bed”. Andrew is said to have kept the accompanying sketch close to his bed while staying at the Palace.

Staff wrote: “When the DOY is staying overnight, place one small teddy & cushion in the turn down.

“When making the bed, place the teddy & cushion next to the teddy on the left- hand side with the necklaces on.”

Underneath in capital letters, it stressed: “Do not loose (sic) the teddy & cushion!!”

A source told The Sun: “It’s hilarious a Prince of England would want his teddies on his bed. You can imagine him crying, ‘Mummy, they haven’t put the hippos on my bed!’ to the Queen if anyone got it wrong.

“Maybe they were presents from his daughters or Fergie, but it’s still strange.”

Paul Page, an ex-protection officer, told ITV documentary ‘Ghislaine, Prince Andrew and the Paedophile’: “It had about 50 or 60 stuffed toys positioned on the bed and basically there was a card the inspector showed us in a drawer and it was a picture of these bears all in situ.

“The reason for the laminated picture was if those bears weren’t put back in the right order by the maids, he would shout and scream.”

Andrew is facing a civil sexual assault lawsuit from a woman who alleges she was trafficked to have sex with him by his friend Jeffrey Epstein.

The duke, who denies the allegation, was last week stripped of his honorary military roles and royal patronages after losing a legal bid to have the case thrown out.

Ghislaine Maxwell, Epstein’s former girlfriend, was convicted on December 29 of procuring teenage girls for Epstein and will be sentenced this summer.

Epstein was found dead in his cell at a federal jail in Manhattan in August 2019 while he awaited trial on sex trafficking charges. The death was ruled a suicide.

Two of those contributing to the documentary suggested Andrew and Maxwell were so comfortable around each other they gave the impression they had been in a relationship.

Euan Rellie, who socialised with Maxwell, said: “I got the sense that Prince Andrew and Ghislaine had probably been boyfriend and girlfriend in the past. They had an easy warmth around each other.”

Page, who said he believes he first met Maxwell in 2001, added: “From the way she was allowed to enter and exit the palace, go in and out, we thought she was having an intimate relationship with Prince Andrew.

“A colleague of mine remembers her coming in four times in one day, from the morning till the evening – in and out, in and out…”

Related: Johnson would ‘normally’ resign if he lied to Commons, Raab admits