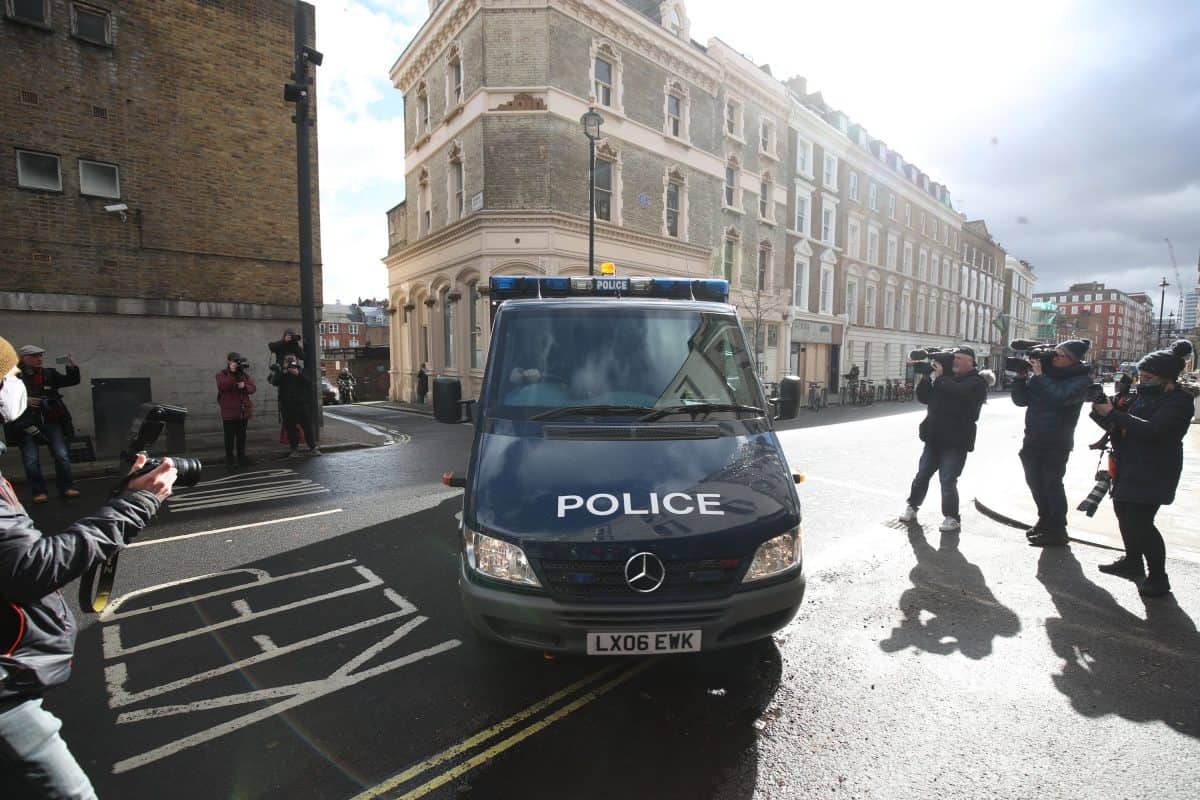 The serving Metropolitan Police officer accused of murdering Sarah Everard has been remanded in custody after his first court appearance.

Police constable Wayne Couzens, 48, is charged with kidnapping and killing the 33-year-old marketing executive, who went missing while walking home from a friend’s flat in south London on March 3.

Her body was found hidden in an area of woodland in Ashford, Kent, on Wednesday.

Couzens appeared at Westminster Magistrates’ Court on Saturday morning for his first appearance following his arrest on Tuesday.

Couzens arrived at the central London court at 10am in a large blue police van, stepping into the dock around 10:30.

In the dock he wore a grey tracksuit and appeared to have a red wound on the top of his forehead.

Couzens spoke only to confirm his name and personal details, sitting between two plain clothes officers in the dock.

The court heard the officer is accused of kidnapping Ms Everard in the Poynders Road area of Clapham.

Ms Everard‘s body, found inside a builder’s bag in Kent, was identified through the use of dental records, the court also heard.

Chief Magistrate Paul Goldspring remanded Couzens in custody to appear at the Old Bailey on March 16.

The Metropolitan Police previously said Couzens joined the force in 2018, most recently serving in the Parliamentary and Diplomatic Protection Command, an armed unit responsible for guarding the Parliamentary estate and embassies in London.

His main job was uniformed patrol of diplomatic buildings, and Scotland Yard said he was not on duty at the time of Ms Everard’s disappearance.

The force said that Couzens, of Deal, in Kent, was taken to hospital for a second time in 48 hours on Friday for treatment to another head injury sustained in custody, before he was discharged and returned to a police station.

He was previously treated in hospital for a separate head wound on Thursday, also sustained in custody when he was alone in his cell.