Sexual predator Ganga Siriwardhana, 51, arranged dates with the two women after befriending them on Chinese social media channels where he used a fake identity.

A pervert businessman who spiked the drinks of two young university students in a bid to lure them into sex has been jailed for six years.

Sexual predator Ganga Siriwardhana, 51, arranged dates with the two separate Chinese women after befriending them online in April and May last year.

A court heard he invited them to dinner at a restaurant after chatting to them on Chinese social media channels where he used a fake identity.

He then discreetly spiked their drinks with clozapine – an antipsychotic medication usually used for schizophrenia which can cause severe drowsiness.

One of the women collapsed in the restaurant leading to other diners becoming suspicious and calling police when they saw Siriwardhana trying to take her out.

He had also deliberately poured a drink onto the floor which led to officers sending the glass away for forensic analysis, which established a presence of the drug. 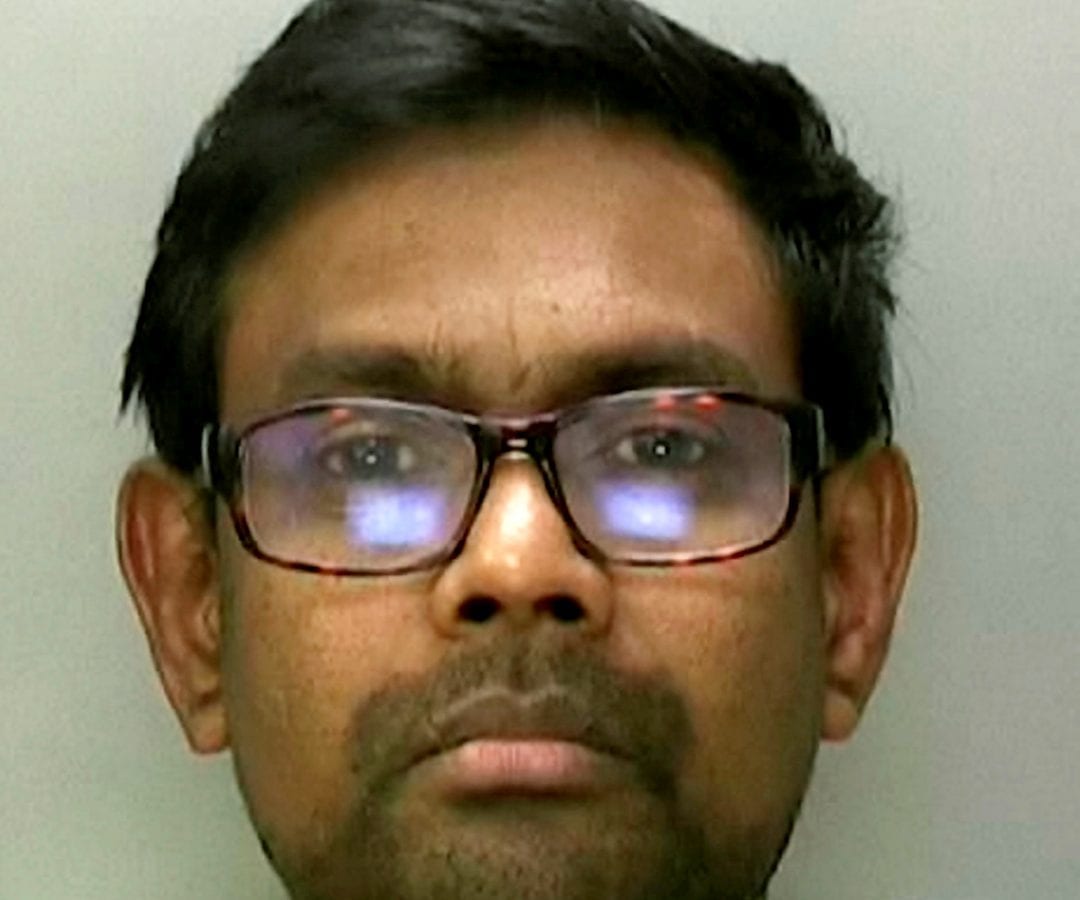 Siriwardhana then spiked the drinks of another woman a few weeks later – but a member of the public saw her drowsy state and called police.

Officers attended but Siriwardhana had already driven off and the victim was taken to hospital, where tests confirmed she had been drugged.

Siriwardhana, of Solihull, West Mids., who was studying Chinese at the time, denied charges of administering a noxious substance with intent to commit a sexual act.

He was convicted following a trial at Birmingham Crown Court and was jailed last Friday.

Detective Constable Laurence Green, from West Midlands Police Force CID, said: “Drink spiking is illegal, regardless of whether an attack or assault is carried out afterwards.

“Victims can be left with a loss of control through absolutely no fault of their own. This was something that Siriwardhana was preying on to lure them into sex.

“I would like to thank the public who stepped in on both occasions when they saw what was happening and called us; their interventions were crucial in thwarting his main intentions.

“There may have been more Chinese women who were targeted by him and we would urge anyone else who may have been a victim to come forward and speak to us.”

The force also issued advice to prevent drink spiking and urged anyone who
believed their drink had been tampered with to call 999 immediately: