Shocking CCTV footage captured hounds chasing the animal on a private industrial estate in Buckinghamshire - with the huntsman feeding the carcass to the hounds. 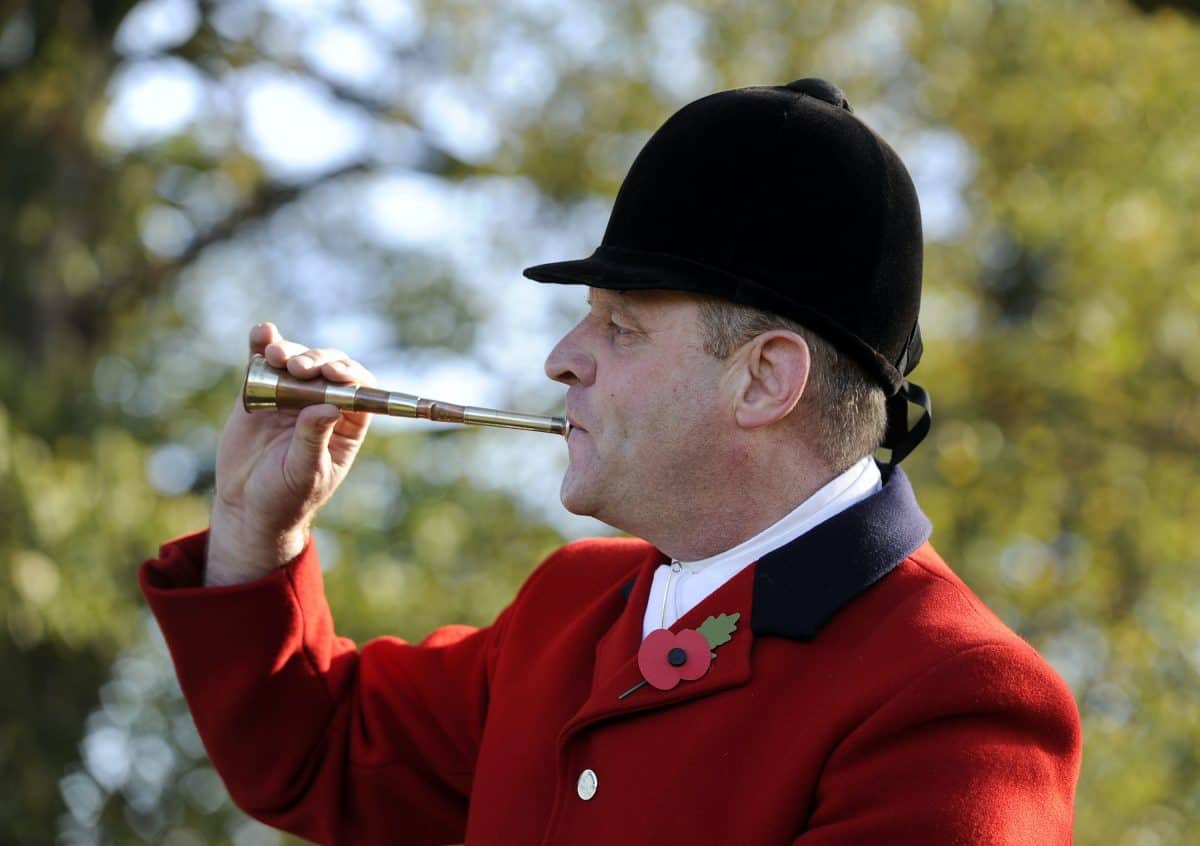 Police are investigating the killing of a fox on private land by a hunt – two of whose members were recently convicted of animal cruelty.

Shocking CCTV footage captured hounds chasing the animal on a private industrial estate in Buckinghamshire – with the huntsman feeding the carcass to the hounds.

The fox’s killing has been reported to Thames Valley Police – with anti-hunting activists arguing that its death was deliberate.

Fox hunting has been illegal since 2005 – but hunts argue they stay within the law by following the trail of an artificial scent.

Three cameras caught the hounds chasing the fox, before catching and killing it. The video then shows a huntsman retrieving the body – and giving it to the hands.

Linda Kemp, the landowner, said: “I was heartbroken. I felt violated that they came onto my farm and did this and I don’t know why people have the right to come and rip foxes to pieces on my land.”

The Kimblewick Hunt insisted the fox was killed by accident, telling ITV its riders stopped the hounds as soon as they realised they were not following the trail.

But Mrs Kemp’s husband, Roger, said: “Nobody called the hounds off. If anything it was the opposite – they were egging them on.”

Penny Little, of the Protect Our Wild Animals group, said the fox’s entrails were left on the ground – leaving Mr and Mrs Kemp with “the distressing experience of having to pick this up”. It highlighted the need for “a radical strengthening of the Hunting Act,” she added.

A police spokesman said: “Thames Valley Police is investigating the incident and would appeal to anyone else with information to contact the force by visiting our website or by calling 101, quoting investigation reference number 43200420887.”

Two members of the Kimblewick Hunt were last year given suspended sentences for causing unnecessary suffering to a fox – after releasing it into the path of a hunt.

Ian Parkinson, 65, and Mark Vincent, 53, were convicted after secret footage recorded by the Hunt Saboteurs Association showed one man using drainage rods to move the fox – and another pulling it out by its tail.

The Hunting Office had warned hunts on Boxing Day that they “should not host a public ‘meet’ before the day’s activities, as we do not want to draw in large crowds of spectators in a way that is often seen over Christmas”.

Large numbers of hunts are thought to have gone ahead on Boxing Day in tier 2 and 3 areas – despite coronavirus restrictions.