Cleon Smith, 42, is believed to have dragged the woman from a car before repeatedly bludgeoning her 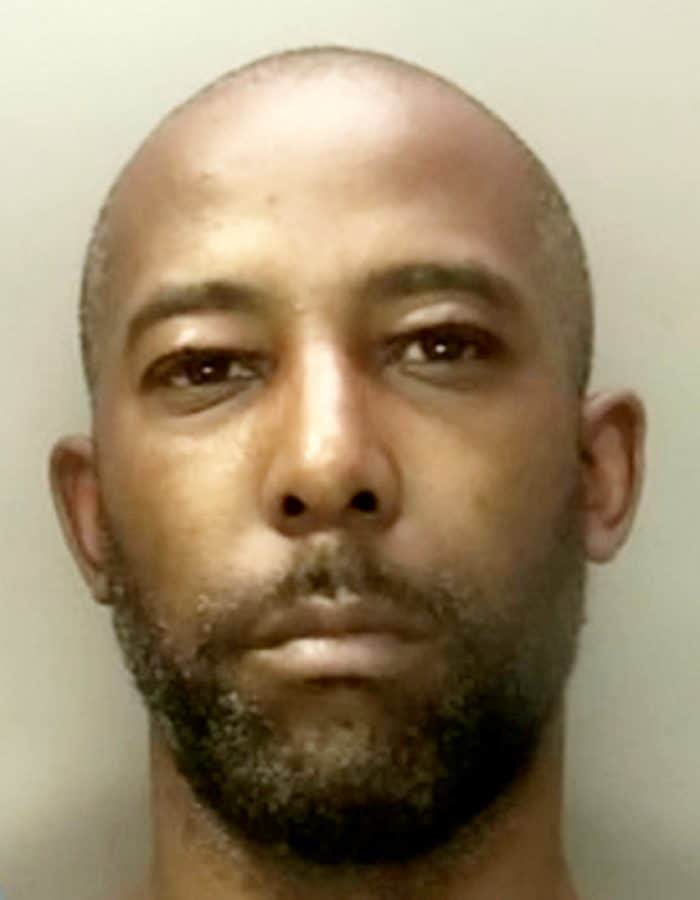 Police are hunting a crazed thug who is suspected of dragging his girlfriend out of a car and repeatedly hacking her head with a meat cleaver.

Cleon Smith, 42, is wanted over the horrific attack which happened in Church Vale, Handsworth, Birmingham, on Monday.

It’s understood Smith dragged the 42-year-old woman from her car and repeatedly struck her with a cleaver.

The victim suffered cuts to her head and another wound to her hand, while a 21-year-old woman who was also in the car suffered a cut hand.

Smith is also believed to have smashed the same woman’s cheekbone at a house in
Moseley, Birmingham.

On that occasion the woman was punched around 20 times and beaten with a baton.

West Midlands Police officers hunting for Smith have raided ten addresses across
Birmingham but he remains at large.

Superintendent Nick Walton said: “Smith is a dangerous offender who we want to speak to about two violent assaults on a woman where weapons were used.

“We need to get this man in custody as soon as possible and I’d urge anyone who’s seen him or has information that could help our enquiries to get in touch.

“We don’t need people’s names and information can be passed to us in confidence; we just want information to help us trace Smith.”

People can contact West Midlands Police via Live Chat at WMP Online or by calling 101.