Retail giant Amazon has successfully completed the world’s first delivery by drone. The driverless plane delivered the order in less than thirty minutes in Cambridgeshire. The billionaire founder of Amazon announced on Twitter that: “First-ever #AmazonPrimeAir customer delivery is in the books.” Jeff Bezos, who founded Amazon in 1994, claimed that it took just 13 […] 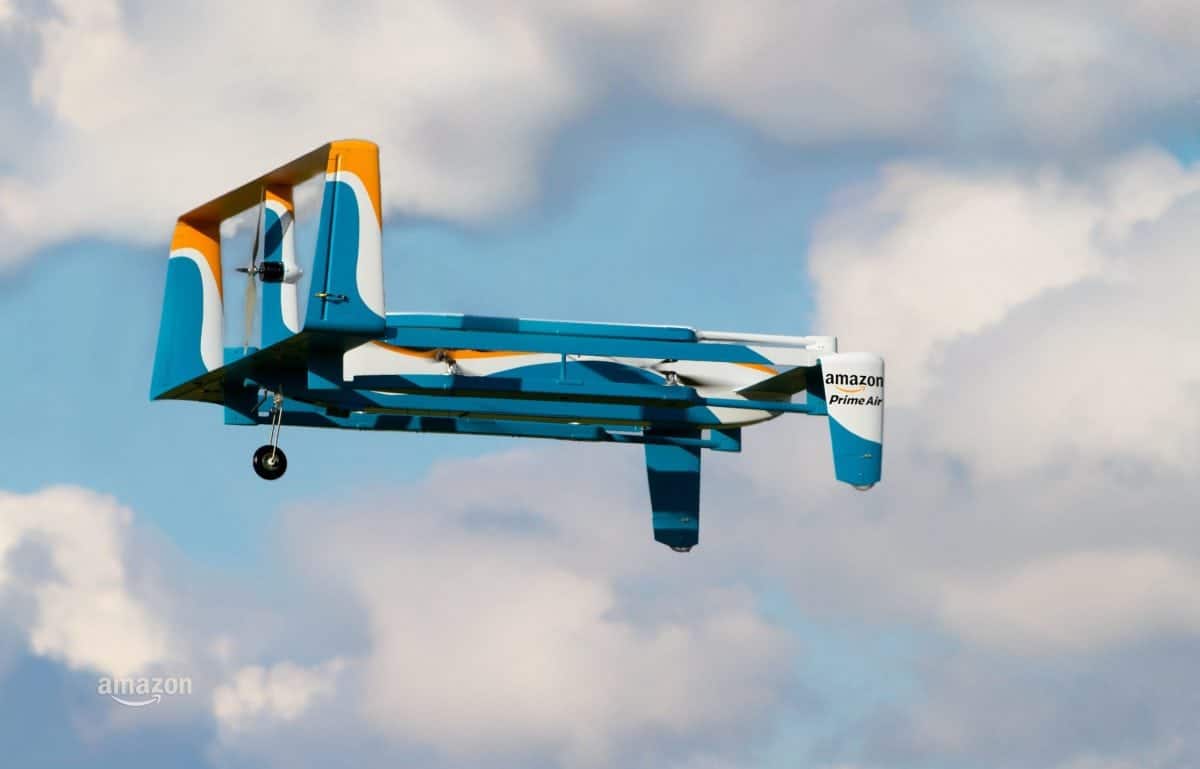 The Amazon drone which has completed it's first ever delivery in Cambridgeshire. See Masons copy MNAMAZON: Amazon, the US tech giant, has launched the first delivery of goods in thirty minutes using drone technology in idyllic Cambridgeshire. The billionaire founder of Amazon announced on Twitter that: "First-ever #AmazonPrimeAir customer delivery is in the books."

The driverless plane delivered the order in less than thirty minutes in Cambridgeshire.

The billionaire founder of Amazon announced on Twitter that: “First-ever #AmazonPrimeAir customer delivery is in the books.”

Jeff Bezos, who founded Amazon in 1994, claimed that it took just 13 minutes from click to direct delivery.

The new service is known as Amazon Prime Air and promises to get packages to customers in 30 minutes or less using drones. In a glossy video the US tech company showed a Cambridgeshire man, identified only as Richard B, ordering an Amazon Fire TV with 4K Ultra HD and a bag of popcorn.

Althought it has not been confirmed, the drone was thought to be tested in a field near Worsted Lodge, eight miles south of Cambridge.

The research and development site for Amazon UK is in Cambridge. Flying high above the Cambridgeshire landscape, it then delivers the product before an announcement in the Amazon depot states that it has been delivered.

Currently, the service is only open to two customers. Future customers must have a large garden, live near an Amazon depot, and products they order must be less than 2.6kg.

It will be available only during good weather but seven days a week.