Alleged members of banned Neo Nazi terror group National Action are to stand trial accused of plotting to murder a Labour MP and a serving policewoman, it can be revealed.

Christopher Lythgoe, 32, is accused of encouraging Jack Renshaw, 23 to buy a Gladius machete and to murder MP Rosie Cooper in the name of the banned race hate group. 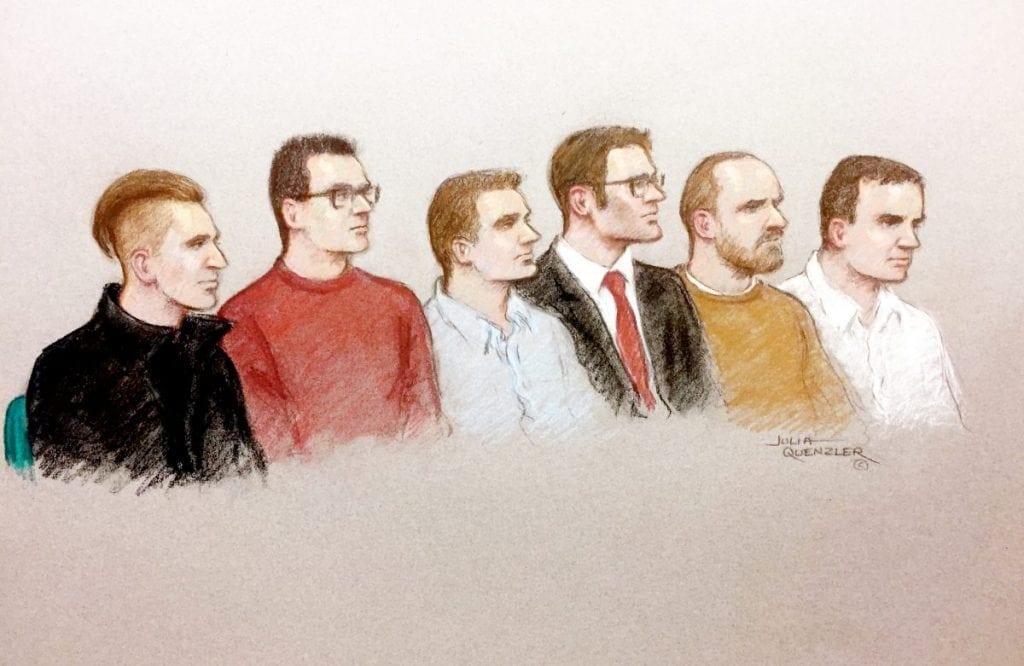 Renshaw also told a pal he wanted to target serving police officer Victoria Henderson, according to the charges.

The pair along with Mathew Hankinson, 24, Andrew Clarke, 33, Michal Trubini, 26, and Garron Helm, 25, are also charged with belonging to the proscribed group. The group which has held antisemitic demonstrations was banned in 2016.

It is the first time all six defendants and the Neo Nazi group can be named after Mr Justice Robert Jay declared all reporting restrictions were to be dropped at the Old Bailey on Monday afternoon.

He also denies making a threat to kill, namely without lawful excuse made a threat to Robbie Mullin that he would kill Victoria Henderson, intending that Robbie Mullin would fear that the said threat would be carried out.