One witness told BBC Radio 5 Live that the attack seemed like “one group of boys against another group of boys”. 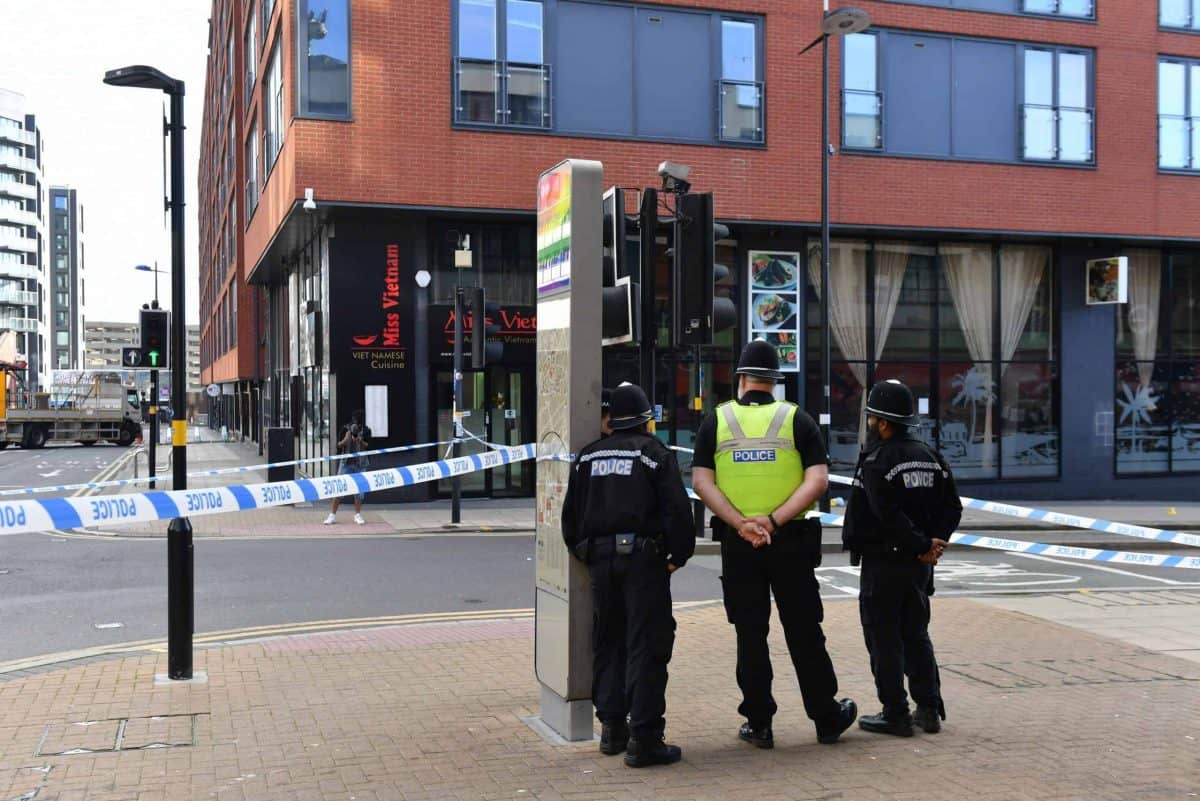 One person has died and seven are injured, as police hunt a lone suspect following a spree of stabbings in Birmingham.

Police and paramedics were called to reports of a knife attack in the early hours of Sunday, with further stabbings then being reported.

Police are searching for one suspect following a series of stabbings in Birmingham city centre in which one man was killed and seven other people injured.

West Midlands Police declared a major incident after officers were called to reports of a knife attack in the early hours of Sunday, with further stabbings then being reported.

Announcing the launch of a murder investigation, the force said in statement: “A man has tragically died. Another man and a woman have suffered serious injuries and five others have also been injured, although their injuries are not thought to be life-threatening.”

Chief Superintendent Steve Graham said there is “absolutely no suggestion” that the stabbings were “terror-related”, with the attacks on victims appearing to be “random”.

He told a press conference that officers are treating four incidents in Constitution Hill, Livery Street, Irving Street and Hurst Street as linked, with the suspect moving from north to south.

He said no arrests have been made and police are looking for one male suspect, with “significant resources” being put into tracing him.

“Already we’ve got people going down drains, we’ve got that level of detailed searches taking place which will hopefully reassure the people that we are doing everything we can do to trace the offender,” said Mr Graham.

He added that a number of descriptions had come in of the suspect but police are not releasing any details at this time and asked the public to come forward with any information or footage they may have.

Mr Graham said there is no known connection between the victims in the four linked incidents and that extra officers have been deployed in Birmingham.

Two people who were critically injured are still being treated, he said.

He added that there is “absolutely no suggestion” that guns were involved in the incident, and there is no evidence that it was motivated by hate towards any particular group, nor gang-related.

Mr Graham also said there is no evidence to show that it was related to “people squabbling over tables” in the city centre.

One witness told BBC Radio 5 Live that the attack seemed like “one group of boys against another group of boys”. West Midlands Police said there were “a number” of victims, but the severity of their injuries was not immediately known.

The force denied reports of gunshots being fired, and added “it would not be appropriate to speculate on the causes of the incident”.

A witness, Cara, told 5 Live she had heard racial slurs during the incident, adding that it was a “multicultural night” in the clubs near the Arcadian Centre.

She added: “They were not just having an argument and then fighting, it was straight into fists being thrown. There was not much talking going on.

“Drinks were being dropped, bottles that they had obviously bought in the club, rings were falling off so jewellery was going everywhere, clothes were being torn.

“One of the males actually ended up with his hair being pulled out and left with a bald patch.”

The Arcadian venue, located around five minutes’ walk from Birmingham New Street station, is a hub of restaurants, bars, cafes, clubs and hotels.

Featuring an open air central piazza, it is close to the city’s Chinese Quarter and Gay Village areas. Police said the response would be ongoing “for some time” and urged people to stay away from the area.

The force added: “We are aware of a number of injured people, but at the moment we are not in a position to say how many or how serious.

“However, all emergency services are working together at the scene, and making sure that those who are injured receive medical care.

“Work is still going on to establish what has happened, and could take some time before we are in a position to confirm anything.”

Related: Anti-migrant protesters have clashed with police in Dover