Police officers were seen restraining a suspect following the incident, which left Charles – and Camilla – unhurt. 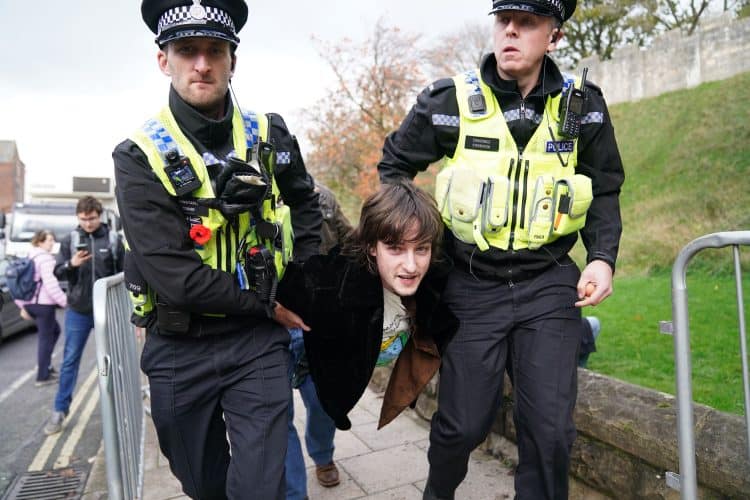 A man has been detained by police for allegedly throwing eggs at the King and Queen Consort.

Charles and Camilla were being welcomed to York by city leaders when a protester threw four eggs at them. All missed before the pair were ushered away.

Charles continued shaking hands with a member of the public as the eggs flew in his direction, pausing briefly to look at the shells cracked on the ground.

Police officers at Micklegate Bar, a medieval gateway and focus for grand events, were seen restraining the suspect on the ground behind temporary fencing set up for Wednesday’s royal visit.

The man was heard shouting “this country was built on the blood of slaves” as he was being detained by around four police officers.

People in the crowd started chanting “God save the King” and “shame on you” at the protester.

The suspect was later carried away in handcuffs, with his legs bound by two uniformed officers, who put him in the back of a police van.

Charles and Camilla were visiting Yorkshire to carry out a number of engagements.

They were in York to attend the unveiling of a statue of Queen Elizabeth II, the first to be installed since her death.