Ciprian Scorteanu, 45, had his heavy goods vehicle stopped by Border Force Officers at the port of Hull, East Yorks., on October 27, 2018. 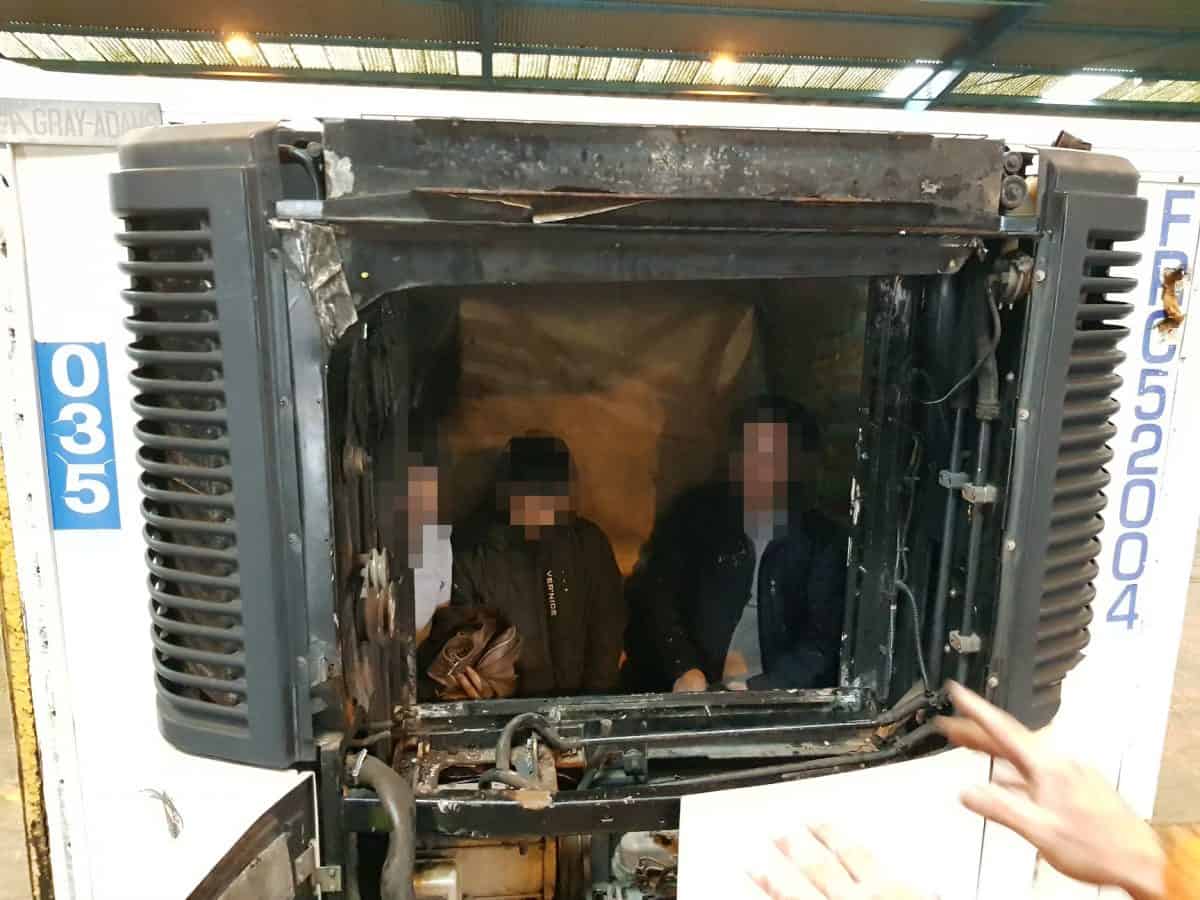 A Romanian man has been jailed after attempting to smuggle eight children and two men into Britain – in an adapted FRIDGE.

Ciprian Scorteanu, 45, had his heavy goods vehicle stopped by Border Force Officers at the port of Hull, East Yorks., on October 27, 2018.

A few hours later, officers ripped off the front off the lorry’s refrigeration unit to discover ten Vietnamese nationals.

The defendant had abandoned the lorry after it was seized for 48 hours by border forces after they were left unsatisfied by his reaction to questioning.

Scorteanu had travelled from Germany and the smuggled occupants were believed to have been in the adapted fridge for 36 hours.

They had no food and were only given water to drink.

Mark Robinson, Humberside assistant director for Border Force said: “This was a deliberate attempt to bypass the UK’s border controls.

“The trailer had been adapted for the sole purpose of smuggling.

“It is a testament to my officers’ training that they found the people and found them so quickly.

“Without their expertise the Vietnamese nationals could have been trapped in these confined conditions for 48 hours.

“The risks to their welfare are obvious.

“Border Force officers are on the front-line keeping our borders safe and secure.

“We will continue to work with law enforcement colleagues to ensure that people smugglers and traffickers, who often put the lives of others at risk through their actions, face the consequences of their crimes.”

After finding the Vietnamese nationals, police were alerted and Scorteanu was arrested the same day in Lincolnshire where the A15 meets the A180.

The investigation was passed to Immigration Enforcement Criminal and Financial Investigation (CFI) officers and Scorteanu was charged with assisting unlawful immigration into the UK.

Katie Brown, from CFI, said: “Scorteanu’s callous disregard for their safety is frightening.

“We work closely with Border Force colleagues to rigorously investigate allegations of immigration related criminality and put those responsible before the courts.”

The Vietnamese men found in the fridge were refused entry to the UK and removed to Rotterdam in The Netherlands.

The eight children were taken into the care of social services.

Scorteanu, of no fixed UK address, was jailed for four years and six months at Hull Crown Court on March 7 having admitted the offence at an earlier hearing.

Film Review – Bingo: The King of the Mornings