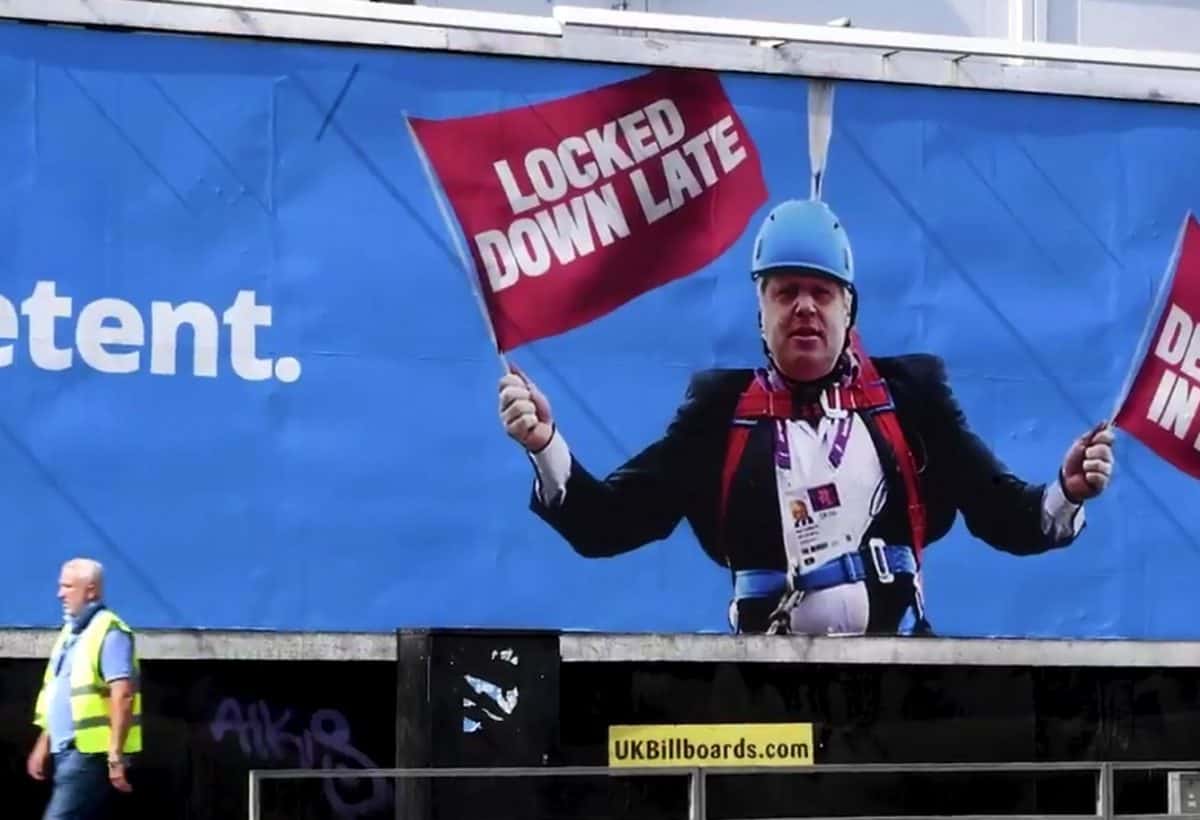 Campaign group Led By Donkeys have revealed a scathing attack on the government’s handling of the coronavirus crisis.

Plastered across a billboard in Kensington, London, the campaign features an infamous image of Boris Johnson on a zip wire holding signs saying “locked down late” and “highest death toll in Europe”.

It runs next to a simple “incompetent” slogan in a brutal swipe at the PM’s response.

“Worst of both worlds”

Britain officially entered into the largest recession on record with the pandemic sending the economy plunging by 20.4 per cent between April and June.

It was also recently revealed that England had the highest levels of excess mortality in Europe across the first half of 2020.