People on social media have praised her for “finally saying what we have all been thinking for the past year”. 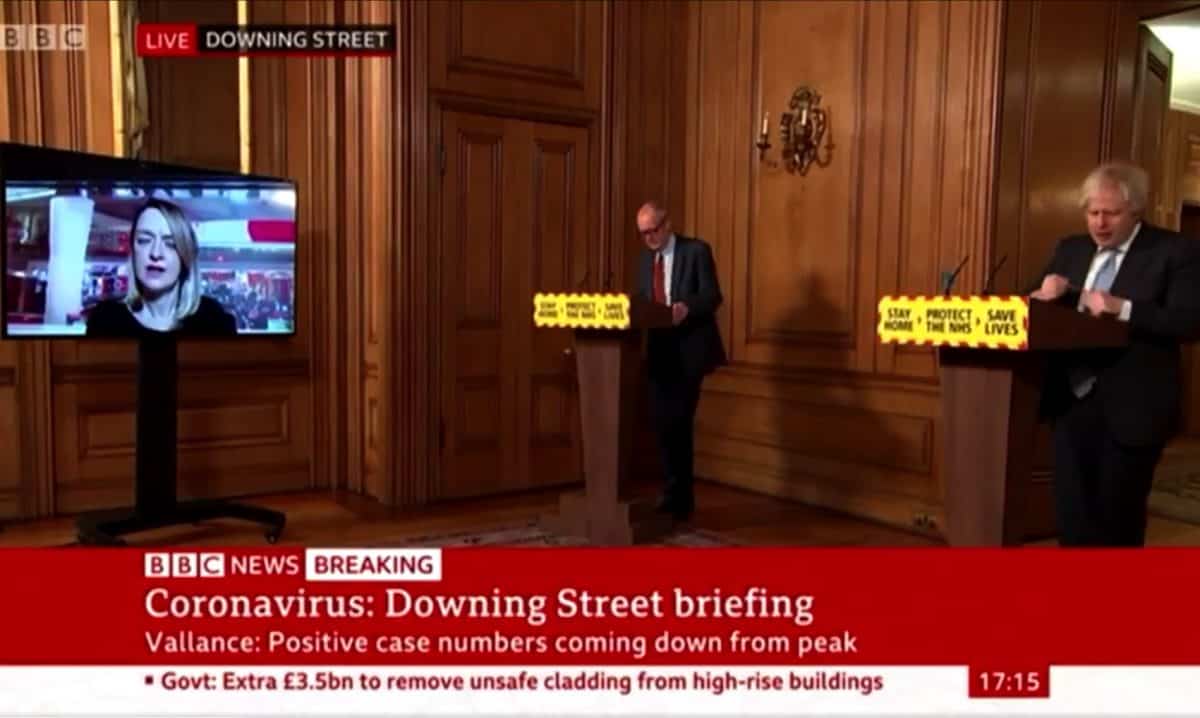 Laura Kuenssberg shared her frustrations with the rest of the public last night during a Downing Street coronavirus press conference.

The BBC’s political editor could be heard saying “Oh, he didn’t answer the question there” with a groan as the prime minister turned to another journalist.

Ms Kuenssberg had asked the PM if it was too early for “members of the British public to book their summer holidays or not – whether at home or abroad”.

“The health secretary this morning warned people against booking anything at all,” she put to the prime minister.

In a typically convoluted response, Mr Johnson said “the best” he could offer was to repeat that by 22 February, he would be “setting out a roadmap” to get the UK out of lockdown.

“There’s not an awful long delay between now and then but I hope I’ll be able to give more clarity to people then, Laura,” Mr Johnson said.

Earlier that day it had been revealed that Matt Hancock had booked a summer holiday to Cornwall, suggesting members of Johnson’s cabinet are happy to go ahead and make plans.

Matt Hancock just told the 1922 (of Tory MPs) that he has booked his summer holiday to Cornwall. At exactly the same moment Boris Johnson told Brits it is "too early" to book their hols.

But in a ‘one rule for them’ moment the PM was unprepared to give assurances to the rest of the public.

Hundreds of people subsequently took to Twitter to praise Kuenssberg for “finally saying what we have all been thinking for the past year”, as one person put it.

“Is Laura Kuenssberg really surprised NOW that Boris doesn’t answer her questions properly? When has he ever answered a question straight, if at all?” added another user.

Laura, you’re not on mute pic.twitter.com/99nXsxNEKc