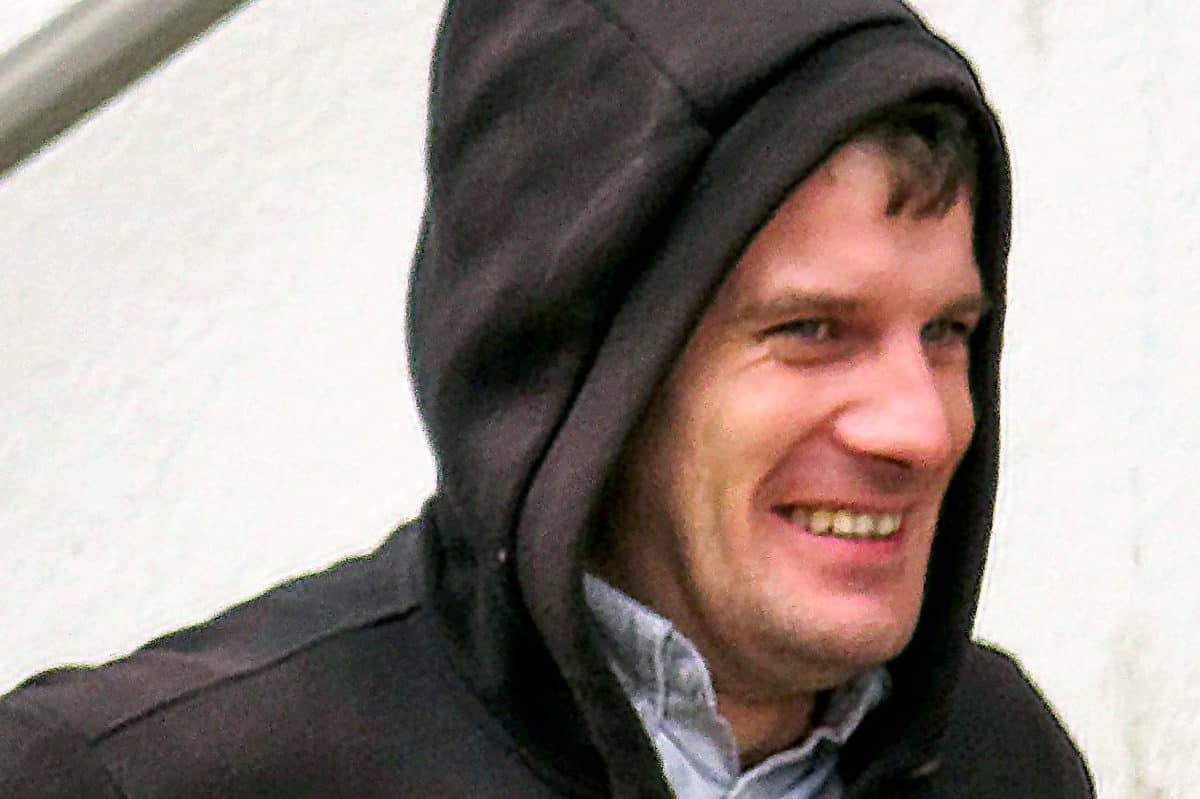 A laughing thug walked free from court after he battered a man in a drunken rage and threatened to stab him as he sat on the toilet.

James Carter, 28, barged into Christopher Wakelin’s bathroom and repeatedly punched him in the face in a row over his ex-girlfriend.

Mr Wakelin needed stitches to his head and suffered a bloody nose in the “brutal and vicious attack” at his home in Kingsbury, Staffs.

Judge Sarah Buckingham told him: “Your behaviour was appalling.

“He was using the lavatory, and could not have been more vulnerable, in his own home when you burst in and carried out a sustained assault on him. It was brutal and vicious.

“But as soon as you began to sober up you immediately showed remorse and you have begun to address your alcohol consumption.

“There is room to think you are capable of being rehabilitated.”

The court heard Carter had downed two litres of cider before storming round to Mr Wakelin’s home at lunchtime on January 31.

He was heard shouting: “I don’t give a f***. Where is he?” before barging into the bathroom where Mr Wakelin was on the toilet.

Prosecutor Rachel Pennington said: “The bathroom door was not locked, and the defendant came in and, without warning, punched him to the left eyebrow, causing him to fall to the floor.

“As he got up, he was punched again, which sent him into the bath. His head went into the tiles and caused his head to split open.

“Carter said to him: ‘Where are your knives? I’m going to kill you.’”

Mr Wakelin managed to scramble outside but Carter caught up with him and dragged him back into the flat before headbutting him and threatening to hurl him out the window.

Mr Wakelin’s friend call police and Carter was arrested at the scene.

In a victim impact statement, Mr Wakelin said he believed Carter attacked him because he was friends with his ex-girlfriend.

He added: “I feared for my life. I thought he was going to stab me with one of my own knives.”

The court heard Carter has a string of convictions, including two for battery.

Tim Harrington, defending, said: “He had been told, rightly or wrongly, that the victim had been making inappropriate comments.

“It is obvious that when he began to sober up, he was horrified by what he had done. He was appalled by it and wished to be arrested and punished.”
=