"I will regret those remarks for the rest of my days," she said. 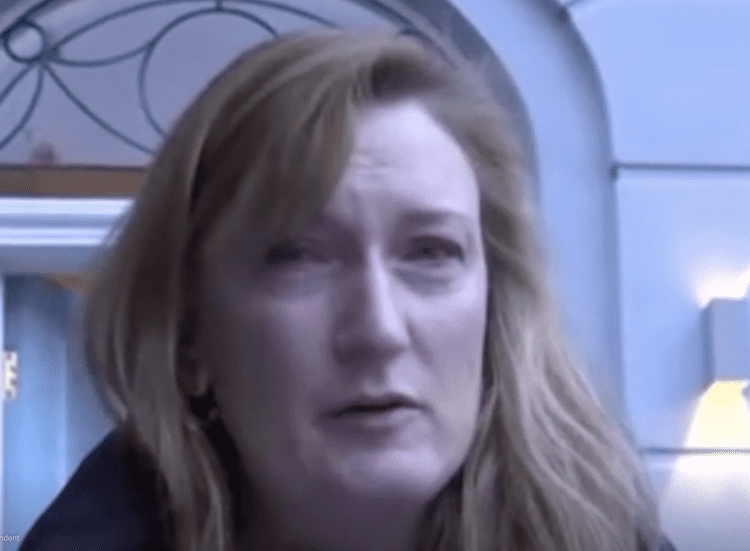 Allegra Stratton has stepped down as the government’s spokesperson for the Cop26 climate summit after footage of her emerged joking about a party at Downing Street during the peak of lockdown rules in December last year.

In emotional comments to journalists near her London home, Ms Stratton said: “The British people have made immense sacrifices in the battle against Covid 19. I now fear that my comments in the leaked video of 20 December may have become a distraction against that fight,” she said.

“My remarks seemed to make light of the rules, rules that people were doing everything to obey. That was never my intention. I will regret those remarks for the rest of my days and offer my profound apologies to all of your for them.”

Saying she remained proud of her work on Cop26, Stratton said: “I understand the anger and frustration that people feel. To all of you who lost loved ones, endured intolerable loneliness and struggled with your businesses – I am sorry and this afternoon I have offered my resignation to the prime minister.”

“Working in government is an immense privilege. I tried to do right by you all, to behave with civility and decency and act to the high standards you rightly expect of No 10.

“I will always be proud of what was achieved at Cop26 in Glasgow, and the progress that was made on coal, cars, cash and trees.

“This country’s and the prime minister’s leadership on climate change and on nature will make a lasting difference to the whole world. It has been an honour to play a part in that.”

The Prime Minister is facing increasing hostility from his own party in light of claims Downing Street staff broke lockdown rules by holding a Christmas gathering last year.

Several Tory backbenchers, along with the former Scottish Conservatives leader, Ruth Davidson, have expressed concerns over the affair – arguing that the allegations, if true, are “unacceptable” and “indefensible”.

Boris Johnson told MPs on Wednesday that he was “furious” at footage showing aides joking about festive celebrations in December 2020, and apologised “unreservedly” for the offence caused.

But he insisted he had been repeatedly assured “there was no party and no Covid rules were broken”.

Mr Johnson said he had asked Cabinet Secretary Simon Case “to establish all the facts and to report back as soon as possible – and it goes without saying that if those rules were broken then there will be disciplinary action for all those involved”.

He has since been hit with a stinging rebuke from Ms Davidson, with which she branded the promise of an investigation after a week of denial as “pathetic”, and claimed “colleagues are furious at this, too”.

Ms Davidson tweeted: “None of this is remotely defensible. Not having busy, boozy not-parties while others were sticking to the rules, unable to visit ill or dying loved ones.

“Nor flat-out denying things that are easily provable. Not taking the public for fools.

“And today’s ‘we’ll investigate what we’ve spent a week saying didn’t happen and discipline staff for rules we continue to say weren’t broken’ was pathetic. As a Tory, I was brought up to believe in playing with a straight bat. Believe me, colleagues are furious at this, too.”

Sir Roger Gale, MP for North Thanet in Kent, said it was worrying that Mr Johnson did not appear to know what was happening in Downing Street.

He told BBC Radio 4’s World At One programme that the PM had been “blindsided by information he was given” regarding the alleged party.

“It’s worrying, isn’t it, that the man at the top of the tree doesn’t appear to know what’s going on in his own building two floors below him – I find that of concern,” he said.

But in Mr Johnson’s defence, Sir Charles Walker, MP for Broxbourne in Hertfordshire, said he did not think the Prime Minister could be expected to “patrol every corridor and room in No 10”.

Kevin Hollinrake, MP for Thirsk and Malton, said in a statement issued on Twitter that it had “become clear” that rules may have been broken.

He said this was “clearly unacceptable” and that Mr Johnson was “absolutely right to apologise” and to ask the Cabinet Secretary to investigate the matter.