Emergency crews scrambled to the George Bryan Centre next to the Sir Robert Peel Hospital in Mile Oak, Tamworth 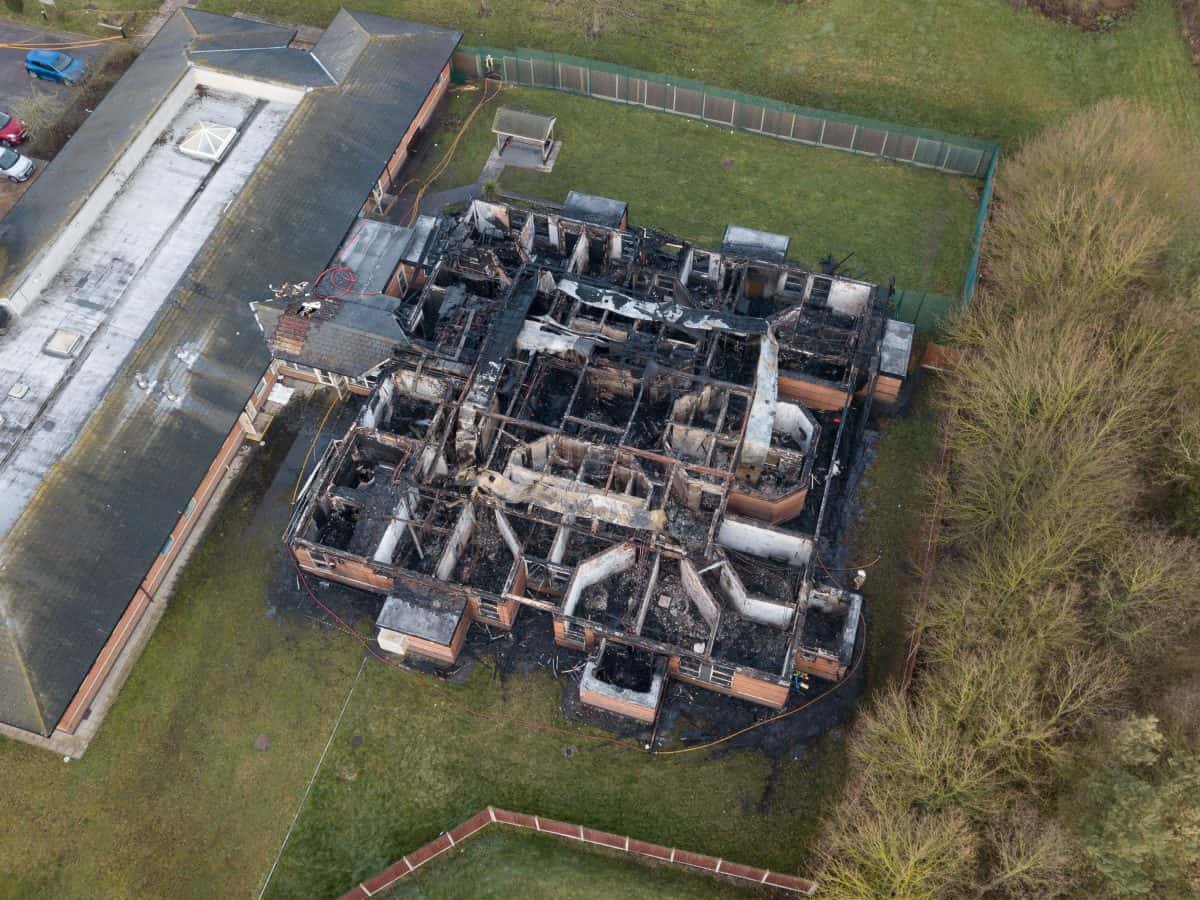 Shocking images show the scale of devastation caused by a huge fire which tore through a mental health hospital completely gutting the building.

A 43-year-old man was arrested on suspicion of arson after flames engulfed the George Bryan Medical Centre in Tamworth, Staffs., on Monday night (11/2). A total of 11 patients and staff were evacuated to neighbouring medical centres as the inferno ripped through the hospital from 9.15pm onwards.

One woman was seen running down the street screaming and and the fire service confirmed one mental patient had fled the scene. At its peak ten fire appliances tackled the inferno at the facility, which is based near the Sir Robert Peel Community Hospital.

Incredibly, there were no reported casualties and police are working with colleagues from the fire service to establish the cause. A Staffordshire Police spokesperson said: “A 43-year-old man, from Tamworth, has been detained on suspicion of arson in connection with a fire at the George Bryan Medical Centre in Tamworth last night.

“Anyone with information about the fire is asked to contact Staffordshire Police on 101, quoting 796 of 11 February.”

One witness said: “It was absolutely chaos around here last night, with flashing blue lights everywhere.

“The fire has ravaged the building and looks to have destroyed a large part of the centre.

“Emergency services were here quickly and its an absolute miracle nobody was injured or killed.”

They added: “Staffordshire Fire and Rescue Service attended a fire at George Bryan Medical Centre, a separate building operated by our partners @mpftnhs . The facility is run by the Midlands Partnership NHS Foundation Trust and provides mental health services for adults, including acute care under the Mental Health Act.

A Staffordshire fire service spokesman said there had been “quite a lot of the building involved”.

He added: “We’re trying to sacrifice part of the building and let that burn to prevent it from spreading to the rest of the hospital.