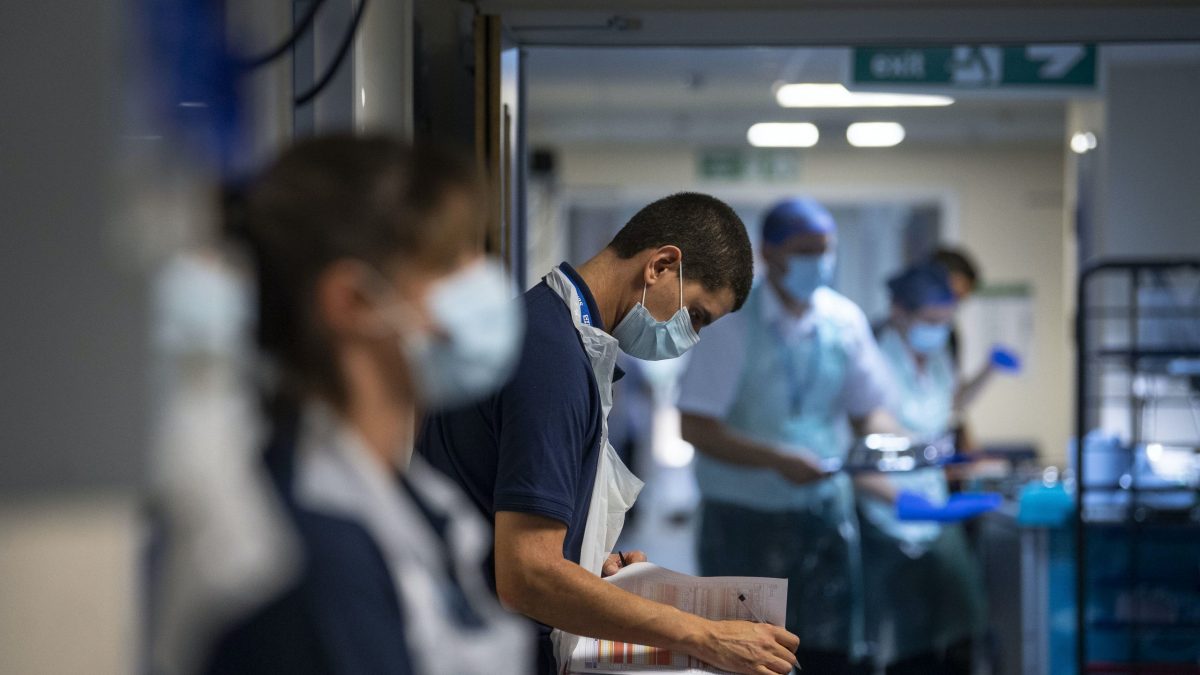 In April The London Economic reported how a hospital worker employed by private contractors ISS at Queen Elizabeth’s hospital was suspended after he demanded adequate Personal Protective Equipment (PPE) to work safely.

The man who collected rubbish and emptied bins near the entrances of the South East London hospital at the height of admissions for Covid-19, had requested a face mask because he was concerned about contracting the diseaseand passing it onto his vulnerable brother with whom he lives. His brother suffers from COPD – a serious lung condition which makes him particularly susceptible to the coronavirus.

The man told The London Economic he had argued with his managers when refused a face mask and was suspended from work for weeks, fearing he would be sacked after the dispute.

The cleaner who worked near the entrance of the south London hospital revealed he was told he wasn’t entitled to wear a face mask, despite “people walking in and out coughing and sneezing” near him at Queen Elizabeth Hospital, Woolwich.

The local community and his union the GMB rallied around the hospital worker whose case we reported and he has now been told he can return to work.  Contractor ISS have also agreed that the member, who suffers from a disability, will have reasonable adjustment measures put in place to ensure that he is properly supported while working.

“We are glad that ISS have done the right thing in dropping these charges,” local GMB union organiser Helen O’Connor told The London Economic. “Surely it is a basic human right to be safe when you are in work?”

The London Economic approached the Lewisham and Greenwich Trust which referred us to ISS for a comment when we reported the case.

An ISS spokesperson told us at the time: “ISS is following all Covid-19 guidelines as set by the government and working very closely with Public Health England and the NHS to ensure that our employees are protected and are as safe as possible. The investigation of the employee referred to is unrelated to Covid-19, or with regards to PPE. Our employees are provided with the appropriate Personal Protective Equipment (PPE), in accordance with their role and in line with government guidelines.”

“I just turned around and said if you’re not going to give me PPE I’ll go home. I was called back into the office and told they were starting disciplinary proceedings against me,” he told The London Economic.

Today he revealed the good news that he was this week reinstated as a hospital porter in nearby Lewisham NHS Trust. He welcomed all staff having to wear PPE now. All hospital staff, visitors and outpatients, as well as everyone using public transport, are now required to wear a face-covering in England. This is in line with World Health Organisation advice.

The hospital worker warned The London Economic he feared a second wave of coronavirus as the lockdown is being lifted without wholesale testing and revealed he has never been tested for Covid-19 himself.

Yesterday 331 Conservative MPs voted against a Labour motion that would have led to weekly testing of NHS workers and care staff. A motion by Labour leader Sir Keir Starmer, alongside Labour MPs Dr Rosena Allin-Khan, Jon Ashworth and Liz Kendall called on greater protective measures to be rolled out in the health system.

But it was voted down by more than 300 MPs, including former Health Secretary and fierce critic of Government Covid measures Jeremy Hunt – who had called for weekly testing himself on the same day.

Forgotten heroes of the pandemic

Auxilliary and outsourced healthcare staff are among those who have tragically perished during the Covic-19 pandemic.

Two cleaners have died from Covid-19 in nearby St George’s Hospital in Tooting, South London. In total around 200 frontline health and care workers have died after contracting coronavirus. Helen O’Connor, of the GMB Union which represent many outsourced hospital workers, said: “The crucial role that cleaners play can be seen by the fact that two GMB members within St. George’s have died of Covid-19 during this pandemic, a tragic fact that underlines just how important, yet exposed they are.

“Hospital cleaners, porters and hostesses are the forgotten heroes of this pandemic. Throughout the crisis they have carried on working, keeping the wards and theatres clean to stop the infection spreading.”