A two-year inquest into the Hillsborough disaster has ‘totally vindicated’ families of those killed in the incident, ruling that the 96 people were unlawfully killed. In what has been described by Labour MP Andy Burnham as the “greatest miscarriage of justice of our times”, justice for supporters and families who suffered on that fateful day has […] 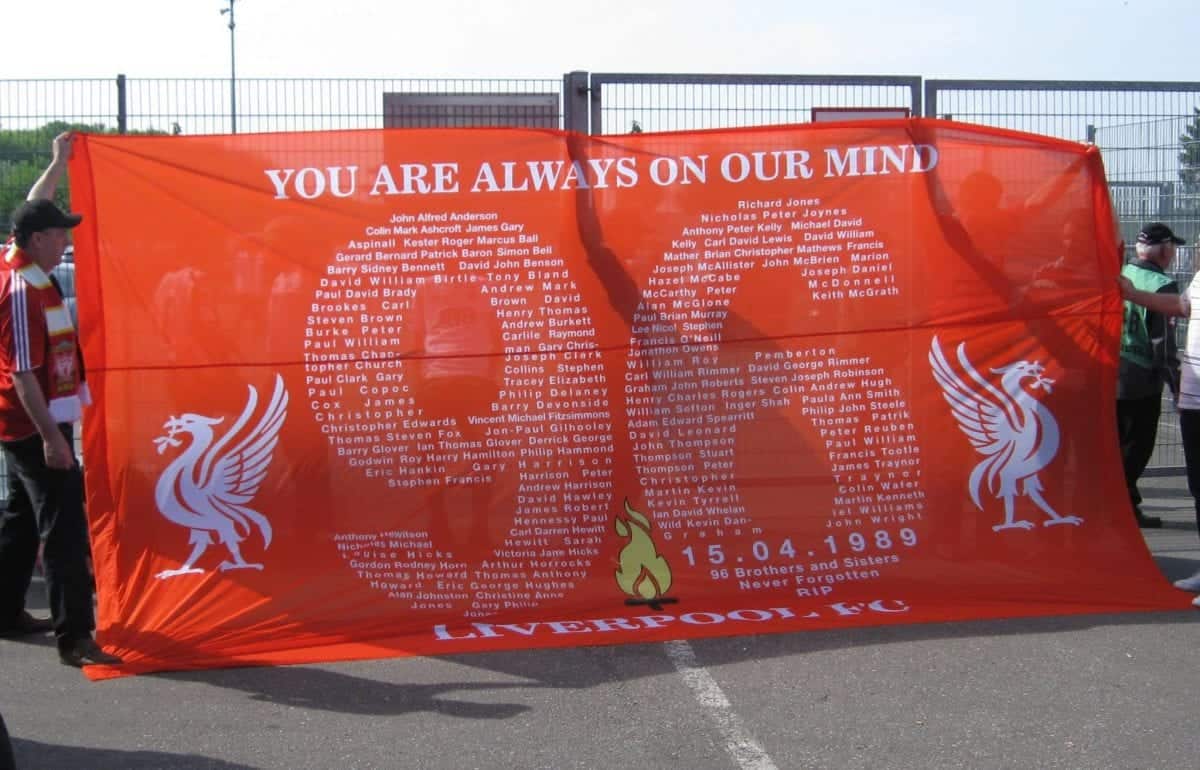 A two-year inquest into the Hillsborough disaster has ‘totally vindicated’ families of those killed in the incident, ruling that the 96 people were unlawfully killed.

In what has been described by Labour MP Andy Burnham as the “greatest miscarriage of justice of our times”, justice for supporters and families who suffered on that fateful day has finally been delivered.

The inquest ruled that Hillsborough had no accurate way of assessing fan numbers in the pens and that the stadium had inherent design faults and poor signage which contributed to overcrowding. Sheffield Wednesday also failed to appreciate the build up of fans and call for delayed kick-off, the jury ruled.

The police force are also called to account in the verdict, which ruled that police planning error did lead to a dangerous situation on the day and that police were slow and uncoordinated in managing turnstile build-up. It was also ruled that there was commanding officer error as tunnels should have been closed.

Here’s how the jury ruled in today’s landmark decision:

1: Do you agree that 96 people died a result of crushing in the central pens of the Leppings Lane terrace, following the admission of a large number of supporters to the stadium through exit gates?

2: Was there probably any error or omission in police planning and preparation for the match?

3: Was there probably any error or omission in policing the turnstiles on the day of the match?

4: Was there probably any error or omission by commanding officers which probably caused or contributed to the crush on the terrace?

5: When the order was given to open the exit gates . . . was there probably any error or omission by the commanding officers in the control box which probably caused or contributed to the crush on the terrace?

6: Are you satisfied, so that you are sure, that those who died in the disaster were unlawfully killed?

7: Was there probably any behaviour on the part of football supporters which probably caused or contributed to the dangerous situation at the Leppings Lane turnstiles?
If yes, was that behaviour unusual or unforeseeable?

8: Were there probably any features of the design, construction and layout of the stadium which you consider were probably dangerous or defective?

9: Was there probably any error or omission in the safety certification and oversight of Hillsborough Stadium

10: Was there probably any error or omission by Sheffield Wednesday in the management of the stadium and/or preparation for the match?

Burnham said that the “Hillsborough Independent Panel gave us the truth. This Inquest has delivered justice. Next must come accountability. For 27 years, this police force has consistently put protecting itself above protecting those hurt by the horror of Hillsborough. People must be held to account for their actions and prosecutions must now follow.”