New figures show police were victims in up to half of the hate crimes charged in some places - despite making up a tiny proportion of overall cases. 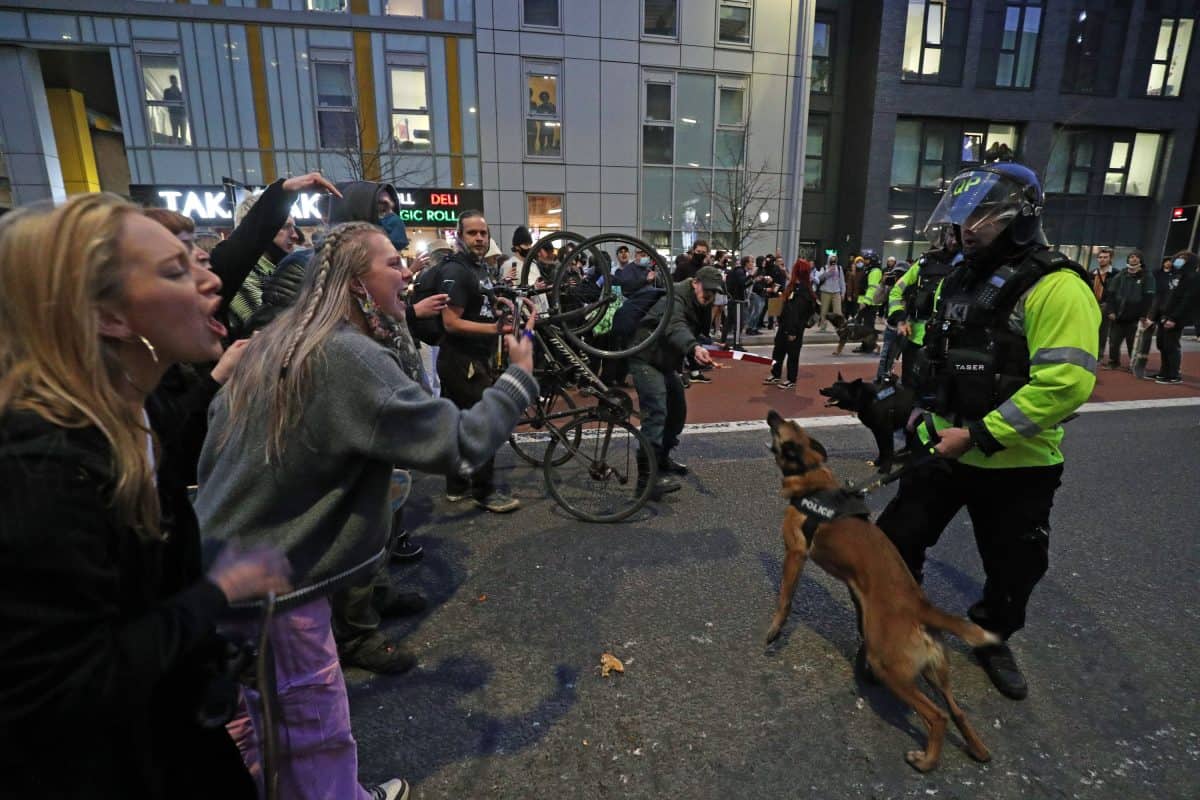 Police officers who report hate crimes and abuse while on duty are much more likely to see their attackers charged than ordinary members of the public, an investigation has revealed.

New figures obtained from some of the largest forces in England under the Freedom of Information Act by BBC Newsnight and the Law Society Gazette show that police officers and staff were victims in up to half of the hate crimes charged in some places – despite making up a tiny proportion of overall cases.

Police forces said the increased use of body cameras by officers could mean hate crimes are more easily captured, but victims and experts expressed concern at the shocking data.

The Metropolitan Police recorded 21,948 hate crimes in 2019/20, four per cent of which involved police victims. Only 1,762 cases resulted in charges, the BBC found, but 29 per cent had police victims.

Victims of hate crimes said the police were treating cases against their own more seriously than others. One man, who gave his name as Michael, suffered a homophobic attack in Birmingham in September 2018; he told Newsnight that West Midlands Police failed to investigate.

He was walking home from a night out with friends in the city’s gay village when a woman shouted a homophobic slur at him. “So, I stopped, turned around and I thought, well, I’ll go back and, you know, ask her why she’s called me [that], but even before I could reach her, someone threw a glass or a beer bottle or something against my head,” he said. “And then I blacked out.”

Michael woke with blood all over his face – and believes he was kicked in the head while unconscious on the ground.

“We should have done more to follow-up that CCTV request and provide the victim with a better level of service.”

Responding to the new data showing 43 per cent of hate crimes against officers led to charges in the West Midlands, Michael said: “It’s almost like they prioritise their own claims…They’re putting themselves first.”

Chief Superintendent Shaer, denied this. “We do not prioritise hate crime investigations against our own staff,” he said. “All allegations are investigated to the same set of standards and with impartiality.”

He added: “Offences against our staff will not be tolerated, they are obliged to record the offences and we will always look to prosecute crimes against them.”

Professor Neil Chakraborti, director of the Centre for Hate Studies at Leicester University, said: “I don’t think this will do anything to build up levels of trust and confidence within communities who already feel stigmatised. There are tensions between the police and particular communities and groups and a disparity like that does nothing for those kinds of tensions.”