It will consider how the block came to be wrapped in flammable cladding, which phase one found was the “principal” reason for the fire’s rapid spread. 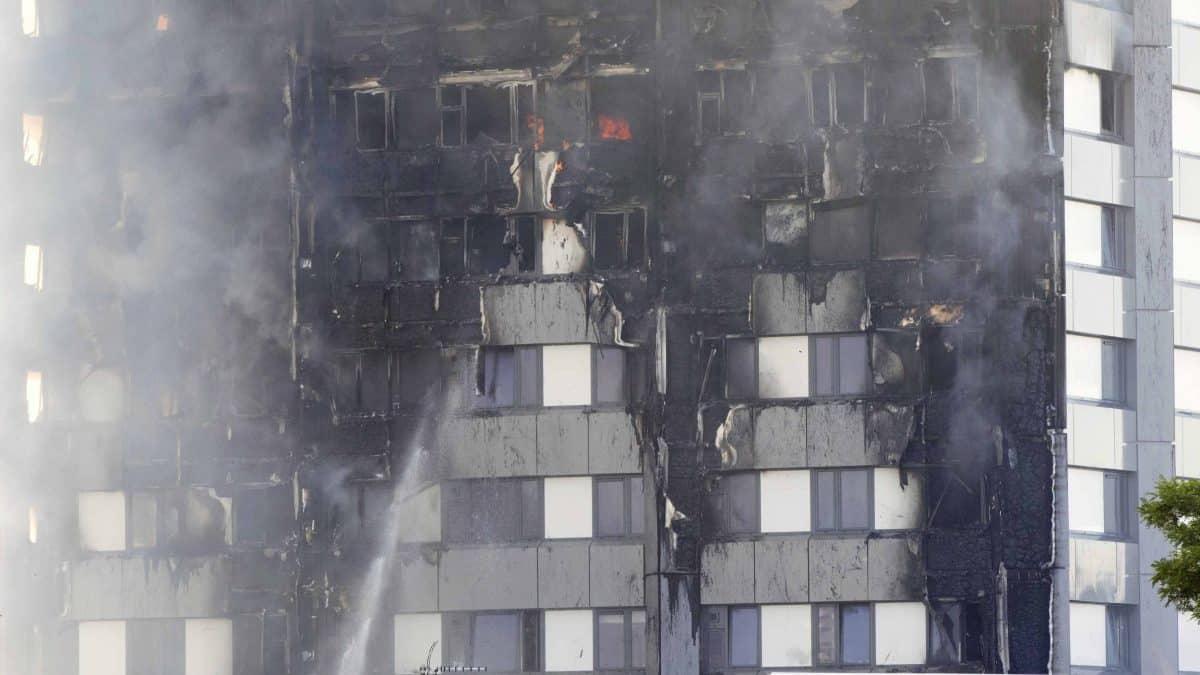 The second part of the public inquiry into the Grenfell Tower fire, examining the circumstances and causes of the disaster, is due to start after a controversial resignation from the panel.

It will consider how the high-rise block came to be wrapped in flammable cladding, which phase one found was the “principal” reason for the rapid spread of flames.

The second stage of the investigation comes less than two days after a newly-appointed member of the panel resigned after she was linked to a charitable arm of the firm which supplied the tower block’s deadly cladding.

Benita Mehra tendered her resignation to Prime Minister Boris Johnson on Saturday, after it was disclosed that she is an immediate past president of the Women’s Engineering Society which, according to the society’s website, last year received funding from Arconic – the supplier of Grenfell’s cladding – for an apprentice conference.

Seventy-two people died as a result of the blaze at the west London block, after an electrical fault with a fridge-freezer sparked a catastrophic fire.

It was announced shortly before Christmas that Benita Mehra would replace academic Professor Nabeel Hamdi on the panel for the second phase of the inquiry, which is due to begin this year.

It was later disclosed that Ms Mehra is an immediate past president of the Women’s Engineering Society (WES) which, according to the society’s website, last year received funding from Arconic for an apprentice conference.

Arconic supplied the cladding on the outside of the west London tower block. A report following the first phase of the inquiry concluded in October last year that the cladding did not comply with building regulations and was the “principal” reason for the fire’s rapid and “profoundly shocking” spread.

Arconic said a “confluence of unfortunate circumstances” rather than the “mere presence” of the panels had caused the spread of the fire.

In a letter to the PM, Ms Mehra said: “As you know, I had hoped to draw on my experience and knowledge of the construction industry, of community engagement and of governance within housing management to contribute to the vital work of the inquiry in discovering how and why the devastating fire at Grenfell Tower happened.

“However, it is apparent that my former role as President of the Women’s Engineering Society (WES), which in 2017 accepted a charitable donation from the Arconic Charitable Foundation to support the mentoring of women engineers, has caused serious concern to a number of the bereaved, survivors and resident Core Participants.”

She said her role at the WES was unpaid and the grant from Arconic was ringfenced to fund the mentoring scheme.

“For these reasons, I did not link any aspect of my former role as President of the WES to my panel member role for the Grenfell Tower inquiry. In hindsight, this was a regrettable oversight on my part.

“I am confident that had I continued in my role at the inquiry I would have approached my work with complete independence and impartiality at all times. However, I recognise and respect the depth of feeling among some Core Participants about my appointment.”

Mr Johnson said: “I can confirm that Benita Mehra wrote to me yesterday to offer her resignation from the Grenfell Tower Inquiry panel and I have accepted. I would like to thank Benita for her commitment and I am very grateful for her sensitivity to the work of the inquiry.

“As the inquiry’s phase 2 hearings begin, we remain completely committed to getting to the truth of what happened, learning lessons and delivering justice for the victims.”

The Mayor of London, Sadiq Khan, said: “This appointment should never have been made in the first place. The Grenfell Inquiry must have the relevant expertise as well as the confidence of the community, survivors and the bereaved, so they can get the justice they deserve.” 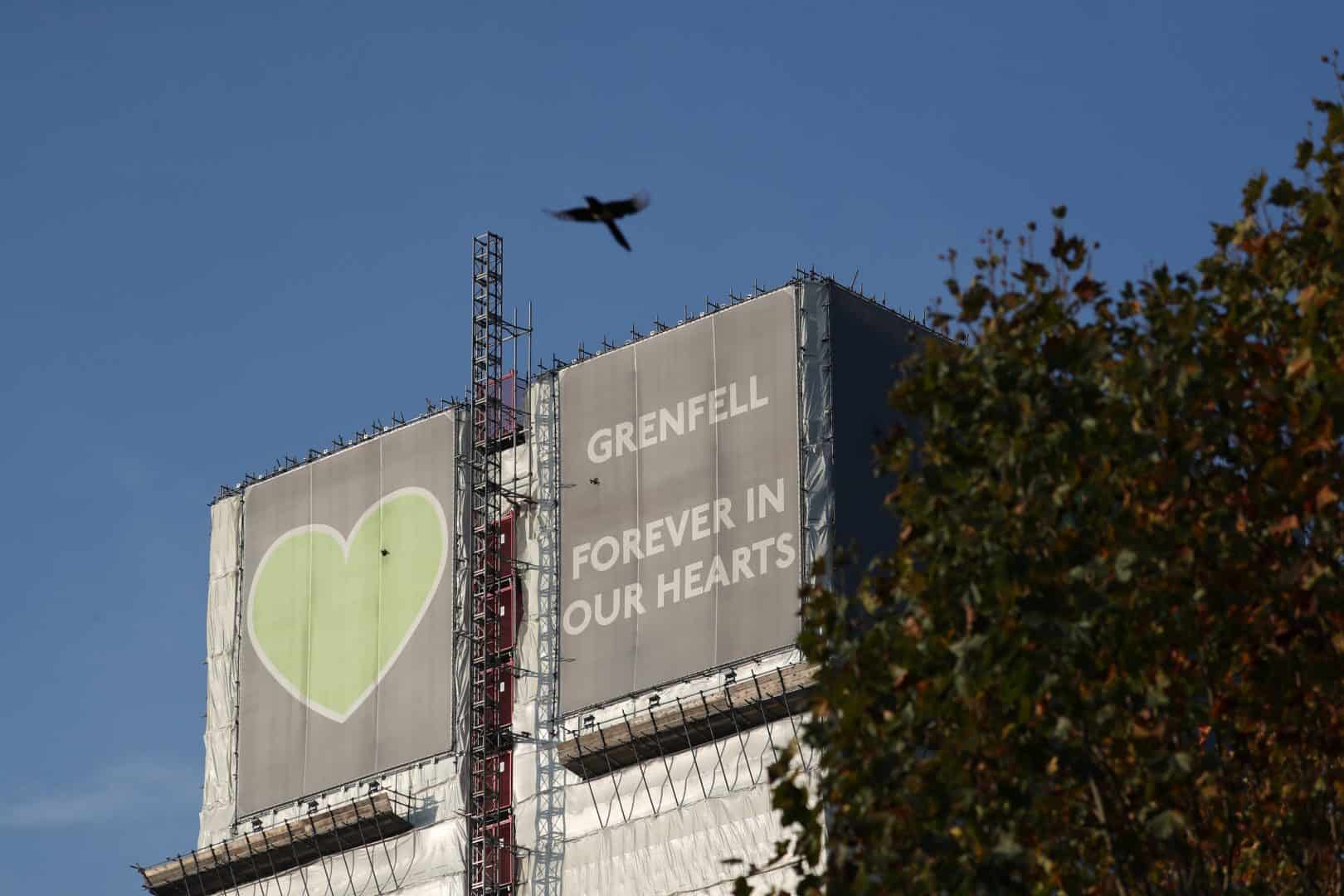 Survivors’ groups have said phase two of the inquiry must focus on who is to blame for the “devastating refurbishment” of the 25-storey building between 2012 and 2016.

Grenfell United, a group representing bereaved families and survivors, hope the next stage of the inquiry “will expose the people and organisations who put profit and agreed above our safety”.

The group said: “Those responsible continue to deflect blame and we have to suffer their persistent refusal to accept accountability for the preventable loss of life.

“The truth will be exposed and at the end of this process it will be clear that criminal charges must be brought for the deaths of our loved ones. It has been over two-and-a-half years but our need to see justice has not faded.”

The lead architects for the main refurbishment, Studio E, and the firm Rydon, the lead design and building contractor, will deliver opening statements on Monday. Harley Facades Ltd, cladding subcontractor to Rydon, is also due to give evidence.

Built in 1974, Grenfell was significantly altered between 2012 and 2016, most significantly when combustible aluminium composite material (ACM) cladding was added over its concrete exterior. The “precise reasons” why the material was added to the building will be a key consideration, the first report said.

The second phase is split into seven modules, which will include how robustly cladding products were tested, and how residents’ complaints to the tower’s management were dealt with. It is due to run until June 2021, and more than 93,000 documents have so far been disclosed, the inquiry said.