According to a new report by the National Infrastructure Commission, Britain’s recycling rates have stagnated since 2013. 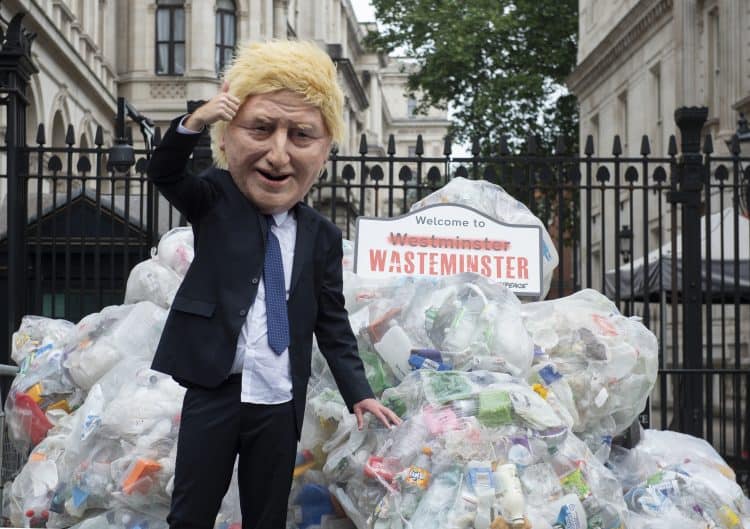 Rising carbon emissions from burning waste coupled with stalling recycling rates will stop the UK from reaching net zero by 2050, experts advising the government have said.

According to a new report by the National Infrastructure Commission, Britain’s recycling rates have stagnated since 2013, and are lower than in many European countries.

“The significant decrease in local authority waste going to landfill has been accompanied by a greater proportion being incinerated for energy recovery rather than recycled or composted in England. This has caused waste emissions to rise since 2014,” the NIC said.

They added: “An increasing reliance on energy from waste, alongside stagnating recycling levels, will make it difficult to achieve net zero emission targets without carbon capture and storage technologies.”

Recycling rates have stopped at around 43 per cent, being far from the government’s promised target of 64 per cent by 2035, according to The Guardian.

Despite recycling being cheaper for local authorities – with households paying on average £29 for recycling last year and £95 for disposal – waste has been rising at alarming rates.

In 2018, England alone generated 187 million tonnes of waste, representing a 12 per cent rise in a decade.

Despite expert consensus, Boris Johnson was accused last month of having “completely lost the plastic plot” after telling schoolchildren that recycling “doesn’t work” as a means to ease the climate crisis.

The Recycling Association reacted with astonishment at the Prime Minister’s remarks during a Downing Street press conference for pupils, saying they were “very disappointing”.

No 10 had to tell the public to continue recycling after Mr Johnson said “recycling isn’t the answer” and stressed the need to reduce the amount of plastic that is used.

“It doesn’t begin to address the problem. You can only recycle plastic a couple of times, really. What you’ve got to do is stop the production of plastic,” he said.

Appearing alongside Mr Johnson, WWF UK’s chief executive Tanya Steele said: “We have to reduce, we have to reuse – I do think we need to do a little bit of recycling, PM, and have some system to do so.”

Simon Ellin, the chief executive of the Recycling Association trade body for independent waste paper processors and their equipment suppliers, was shocked at the remarks.

“’Wow’, I think is the first answer,” he told BBC Radio 4’s World at One programme.

“It’s very disappointing. I think he has completely lost the plastic plot here, if I’m honest.

“We need to reduce and I would completely agree with him on that, but his own Government invested in the resources and waste strategy, which is the most ground-breaking recycling legislation and plan that we’ve ever seen, with recycling right at the front of it.

“So he seems to be completely conflicting with his own government’s policy.”