This morning 100-150 lorries were supposed to turn up to a disused airport to stage a huge fake traffic jam. The idea was to see how we would cope during a No-deal Brexit scenario and the expected travel (and other) chaos. Unfortunately only around 90 vehicles turned up to the airstrip, at the old Manston […] 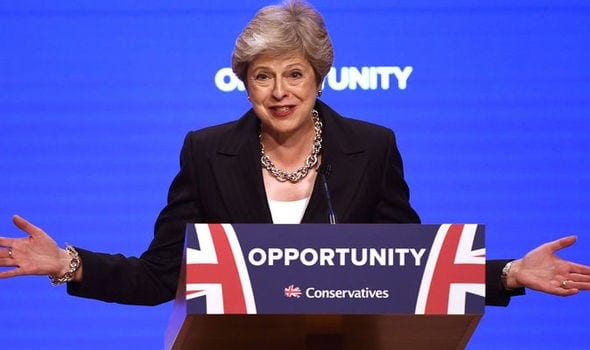 This morning 100-150 lorries were supposed to turn up to a disused airport to stage a huge fake traffic jam.

The idea was to see how we would cope during a No-deal Brexit scenario and the expected travel (and other) chaos.

Unfortunately only around 90 vehicles turned up to the airstrip, at the old Manston airport, in Kent.

The convoy of lorries then set off at just after 8am from the disused airfield, on a 20-mile route to the Port of Dover.

The Government is hoping that the airfield near Ramsgate can function as a mass HGV holding bay to ease congestion on roads to Channel ports.

All in all, this little exercise, the brainchild of our esteemed transport secretary Chris Grayling, found that delays would only last 10 minutes, which is somewhat reassuring, but it’s slightly worrying that it cost the government at least £48,950 to figure this out.

The Conservative MP for Dover, Charlie Elphicke, has questioned the usefulness of the test.

“We’ve got to remember 10,000 lorries visit the Channel ports every single day so a test with less than 100 is not even a drop in the ocean,” he said.

“Sending lorries around Kent on a wild goose chase all the way to Manston in the extreme north-east corner, and then sending them to the Port of Dover by a small A road is not the right answer.”

A DfT spokeswoman said: “We do not want or expect a no-deal scenario and continue to work hard to deliver a deal with the EU.

“However, it is the duty of a responsible Government to continue to prepare for all eventualities and contingencies, including a possible no deal.

“We will be testing part of Operation Brock to ensure that, if it needs to be implemented, the system is fully functional.”

As you can imagine many people on Twitter were bemused.

150 lorries in this farce. The actual number is 12000 lorries per day. It’s like practicing evacuating a full Wembley with 50 people!

Not quite 150 lorries! The BBC has now upgraded its earlier report of “more than 80 lorries” to “nearly 90 HGVs” ? Is Seaborne Freight running this #Brexit propaganda show?! #Brexitshambles https://t.co/HuOYz3M5kv

A realistic test would be in the several hundreds to 1,000+ lorries. Anything less is a pointless charade. #Manston is simply a theatrical production. https://t.co/beYqj1r4B9

There is no better representation of the sheer absurdity of Brexit than this. 150 lorries driving round a disused airport practising the popular British pastime of queuing, in preparation for an entirely self-inflicted national catastrophe. https://t.co/fjlQ56caAK

Another successful @Conservatives plan for #Brexit, they wanted 150 lorries & they got 89 trucks & a bin lorry! #Manston pic.twitter.com/EhH5pWr77f

Using 87 lorries to try and see what 5000+ will do is so perfectly on-brand Brexit. It’s like preparing for a famine by skipping lunch.