"The fact that this is the first thing you see when coming into our hospital makes my stomach turn and made me want to turn around and go back home," one hospital worker said. 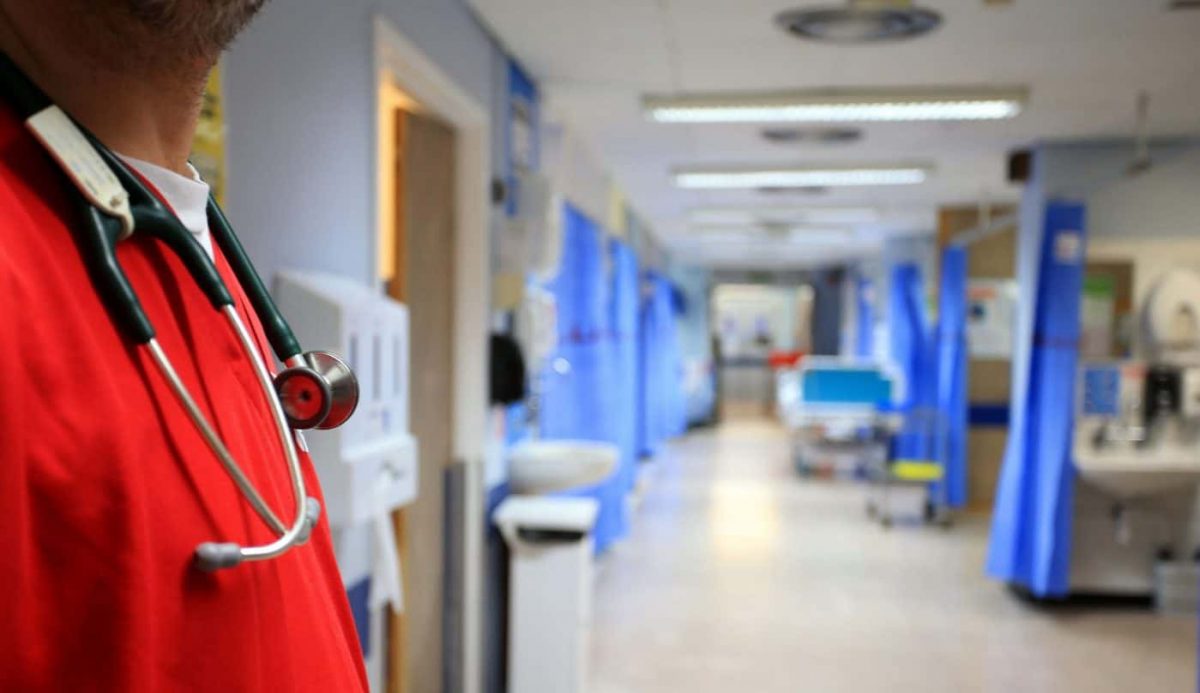 Vandals have painted swastikas on signage at a Newcastle hospital, prompting police investigations.

The signs, which are most often associated with antisemitism and Hitler, were painted overnight at Freeman Hospital, together with “CV 19” and “NHS Liers”.

One NHS worker at the hospital told Chronicle Live those responsible for the graffiti are “idiots”.

They found the ‘Nazi’ suggestion “really upsetting and demoralising”, after a “physically and mentally taxing” year and a half.

“We have all made sacrifices to keep the public safe. We have not seen family members, we have witnessed heartbreaking moments when loved ones have passed without a familiar face around them and we have all worked under staffed whilst also being under funded in pay and equipment.

“The fact that this is the first thing you see when coming into our hospital makes my stomach turn and made me want to turn around and go back home.”

According to Newcastle Hospitals NHS Foundation Trust, the graffiti is being removed.

In April last year, it emerged swastikas were sprayed on signs urging people to stay at home and protect the NHS during the coronavirus outbreak.

A number of yellow “car park closed” signs along the coast between Seaton Sluice and Whitley Bay, North Tyneside, were attacked by vandals.

At least five locations over two miles were attacked, including a sign saying “Car park closed, stay at home, protect the NHS, save lives”.

Council teams were sent out to clean off the swastikas.

A Northumbria Police spokesperson said: “Whilst on patrol in the Blyth Road, Whitley Bay area, one of our special constables was horrified to come across two swastikas spray painted on to car park closure signs at the car park approaching St Mary’s Lighthouse.”

Earlier this year, an NHS front line worker has spoken of his dismay after he was suspended from a hospital for telling Covid deniers on Facebook to follow government rules.

He said he was reduced to tears for the first time in 30 years on the job after seeing young and healthy people dying at the hospital in Chelmsford, Essex.

He wrote a lengthy rant on January 4 after seeing a friend post Covid conspiracy theories and begged: “Please, please listen and stay safe.”

The post continued to urge people to listen to medical and government advice and to “stay at home and look after yourselves”.

But after an anonymous complaint was made about the content of his post, which included bad language, he was stunned to be told he had been suspended.