Extinction Rebellion ‘to temporarily shift away from public disruption’

The climate activists said they are making a ‘resolution to temporarily shift’ from disruption tactics because ‘very little has changed’. 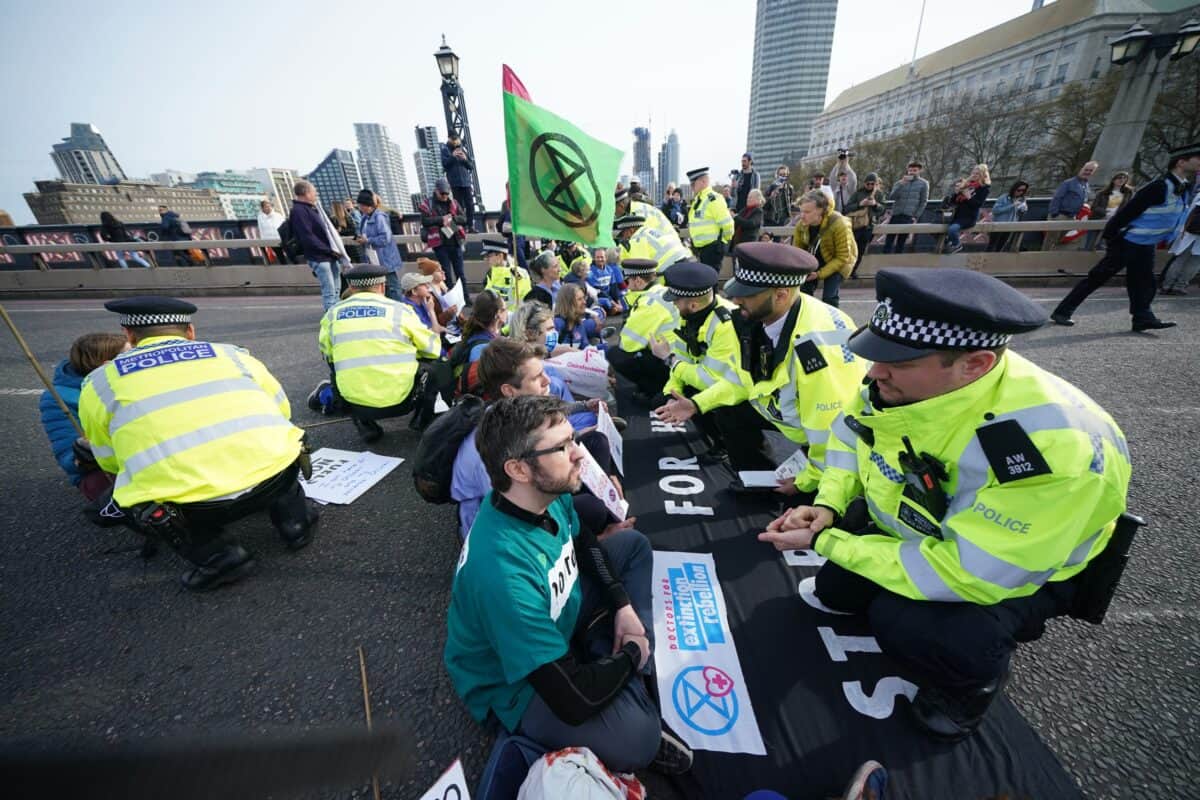 The Extinction Rebellion climate campaign has said it is to temporarily stop using public disruption tactics, which have frustrated commuters and businesses over the last four years, because “very little has changed”.

Hundreds of the activists have been arrested after blockading traffic, locking and gluing themselves together and spray painting buildings but despite their efforts, XR said “very little has changed – emissions continue to rise and our planet is dying at an accelerated rate”.

XR said that this year it will focus on prioritising “attendance over arrest and relationships over roadblocks”.

In a statement, it said: “As we ring in the new year, we make a controversial resolution to temporarily shift away from public disruption as a primary tactic.

“We recognise and celebrate the power of disruption to raise the alarm and believe that constantly evolving tactics is a necessary approach.

“What’s needed now most is to disrupt the abuse of power and imbalance, to bring about a transition to a fair society that works together to end the fossil fuel era. Our politicians, addicted to greed and bloated on profits won’t do it without pressure.

“We must be radical in our response to this crisis and determined in our efforts to address the climate and ecological emergency, even if it means taking a different approach than before.”

XR said that “thriving through bridge-building is a radical act” and also called for 100,000 people to surround the Houses of Parliament on April 21.

It is taking the step now because “multiple crises” have helped make this the “time to seize the moment”.

The activists believe issues such as the cost-of-living crisis and ongoing strikes may help to provide “a unique opportunity to mobilise and move beyond traditional divides”.

XR is hoping for co-operation between groups and movements and imagines a large protest in Westminster where people could “stay for as long as you can”.

In its invite for people to take part in a protest in April, it said: “Surrounding the Houses of Parliament day after day in large numbers means we can leave the locks, glue and paint behind and instead demonstrate faith in a critical mass of people to create a moment that’s impossible to ignore.”

Related: Sunak put on notice as Tories give him a year to produce ‘tangible results’