A petition to ban ‘cruel’ donkey rides from a traditional English seaside resort has gained more than 110,000 signatures in just six days. Supporters say the animals endure unnecessary suffering as they are forced to walk up and down seafronts carrying children in hot weather with no rest. The petition was set up by a […] 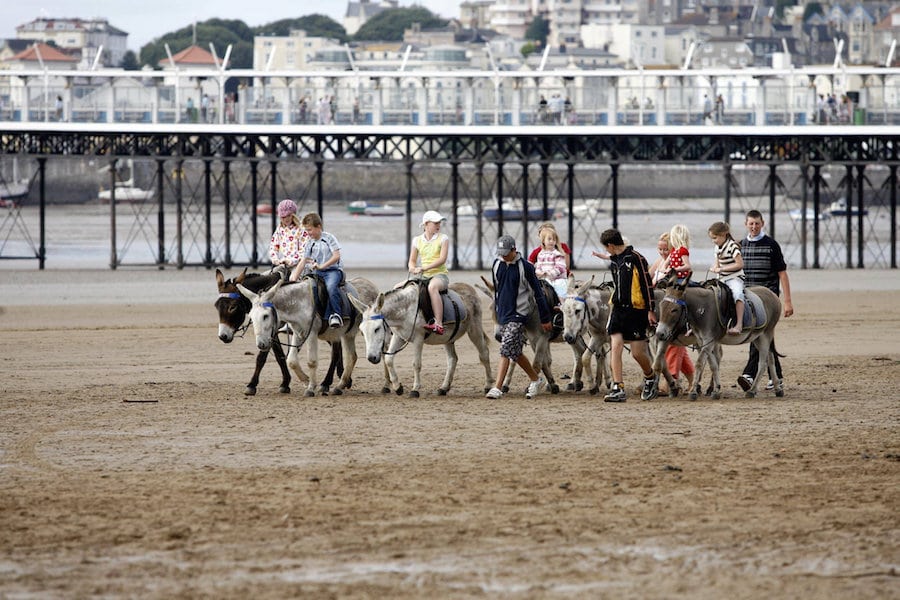 A petition to ban ‘cruel’ donkey rides from a traditional English seaside resort has gained more than 110,000 signatures in just six days.

Supporters say the animals endure unnecessary suffering as they are forced to walk up and down seafronts carrying children in hot weather with no rest.

The petition was set up by a woman known on as ‘Kirsty D’ who visited Clevedon, Somerset, on a hot day.

It calls on the local council to ban the rides on Salthouse Fields, a public park on the seafront.

It reads: “Seaside donkey rides have been around for years, and when a was a small child I liked to ride on a donkey but I wasn’t old enough to realise how cruel and unnecessary they are.”

“The weather was hot, and there was one donkey being walked up and down, carrying a child.

“Imagine yourself walking all day in the hot sun carrying a child, and only being allowed to stop and rest when someone else lets you.

“That’s what these poor donkeys have to endure.

“I think it’s time to call it a day on donkey rides, and let them live their lives in peace and not be for used for our entertainment.”

But Matt Taylor, who has been running donkey rides at Clevedon for more than 20 years, insisted his animals were treated well.

He said he is licensed by North Somerset Council and has to meet strict criteria to operate the rides.

Mr Taylor owns 12 donkeys and uses eight for rides while the other four are retired.

2We tend to use three or four donkeys each day for the rides at Clevedon,” he said.

“Different donkeys work on different days. We don’t operate on sand, purely on the grass at Salthouse Fields.

“Donkey rides are very much a British tradition and the seaside donkeys are loved by millions of people.

“We never use a bit on the donkeys. If they didn’t want to do it they wouldn’t.”

The donkeys are rested at a field in Portbury during the winter, and visitors and villagers often stop to feed and stroke them.

Donkey rides have been running in Clevedon’s Salthouse Fields for many decades and in neighbouring Weston-super-Mare since 1886.

But messages supporting the ban have flooded in, with more than 50 people posting to the petition site.

Nicola W wrote: “I think that donkey rides should be stopped.

“I know they are part of seaside holidays, I’ve even put my kids on them and I have been on them when I was child, but now I realise that they are cruel.

“In hot weather most have no shelter from sun and are stuck in hot sand all day which burns our feet so they must be in pain.

“Also they have all shapes of children to carry, including young adults that I’ve seen on them.

“This unfortunately must be stopped to help the donkeys have a better life.”

Silvana f wrote: “This is cruel and so very outdated.

“These gentle creatures deserve better and people should know better than to exploit them.

“They are not ours for entertainment or to make money from.”

“The welfare of the animals is, of course, extremely important – the donkeys are checked by a vet and are subject to regular visits by the RSPCA.”