By Grant Bailey (@GrantDBailey) David Attenborough has been named the Greatest Londoner of all time ahead of stiff competition from David Bowie and Queen Elizabeth II, as well and other notable figures born in the Big Smoke. The poll quizzed 500 London inhabitants and 1,500 adults from elsewhere in the UK on their favourite Londoner. Queen […]

by Grant Bailey
in News 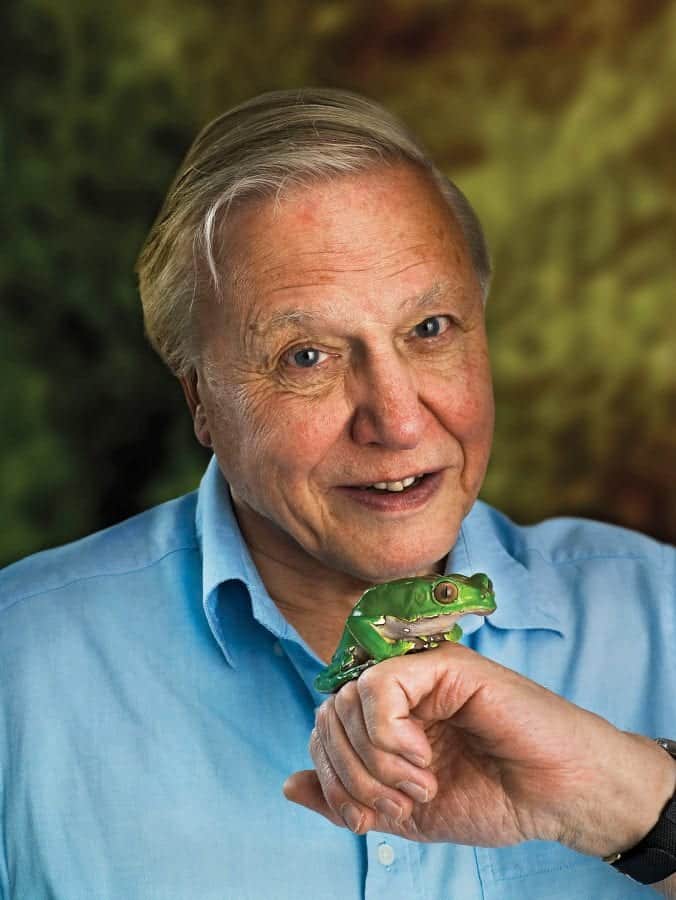 David Attenborough has been named the Greatest Londoner of all time ahead of stiff competition from David Bowie and Queen Elizabeth II, as well and other notable figures born in the Big Smoke.

The poll quizzed 500 London inhabitants and 1,500 adults from elsewhere in the UK on their favourite Londoner.

Attenborough, who has been appearing on TV for over 60 years, has fronted and produced a number of award winning nature documentary series, and has since become synonymous with the BBC’s wildlife programming.

Finbarr Whooley, Director of Content at the Museum of London, said: “Some of the most iconic people in British history have called London their home, and it is amazing to see such a variety of skills and personalities in this list of greats.

“Athletes, filmmakers, novelists, musicians and royals; London and its rich history have provided inspiration for some of the city’s most legendary residents.”

In order to be considered one of London’s greatest, two thirds of those surveyed believe that having the ability to inspire people is the most important trait for the person to have, followed by their contribution to their chosen field.

When it comes to being considered a Londoner, most believe that it’s in your blood. Fifty-five per cent believe that you have to be born in the city to call yourself a true Londoner, but knowing the Tube map by heart and being at ease in hectic crowds will help your case.

A true Londoner also knows the best secret hotspots and restaurants in the city, is able to navigate around the most tourist-heavy areas and misses the Big Smoke whenever they take a trip away.

Almost half of Brits believe that living in a major city increases your chances of doing something world-changing with your life, with fifty-eight per cent citing better access to diverse cultures as the reason for this.

Fifty six per cent think that more networking opportunities with people who could benefit your career help city dwellers on their way to greatness, while a third put it down to the inspiring surroundings in urban areas.

Two thirds agree that the most attractive aspect of city living is that there is always lots to see and do, followed by the wider range of work opportunities and chances to advance your career.

Seventy-nine per cent consider crowds and congestion the biggest drawback to the metropolitan lifestyle, while two thirds are irked by the higher rent and living costs.

London’s landmarks are still considered the best reason to visit the city by visitors. Half of those surveyed visit London to see the world-famous sights while 40% take a tour of the city’s museums and galleries.

Finbarr Whooley, from the Museum of London, added: “The hustle and bustle of London’s streets has always provided fertile ground for the making of history. From our ancient ancestors, rebuilding through catastrophes like the Great Fire of London, right up to the triumph of the 2012 London Olympics, here at the Museum of London we capture what makes life in our capital so great.”

About The Museum of London
The Museum of London tells the ever-changing story of this great world city and its people, from 450,000 BC to the present day. Our galleries, exhibitions, displays and activities seek to inspire a passion for London and provide a sense of the vibrancy that makes the city such a unique place.

The museums are open daily 10am – 6pm and are FREE to all, and you can explore the Museum of London with collections online – home to 90,000 objects with more being added.www.museumoflondon.org.uk

Top 10 Signs of a True Londoner
1. Being born in London
2. Knowing the tube lines by heart
3. Being comfortable in crowds
4. Knowing all the places to avoid for crowds and tourists
5. Missing London when you are away from the city
6. Embracing changing situations, thriving in the chaos around you
7. Knowing London Underground etiquette
8. Knowing all the best secret hotspots and restaurants in your area
9. Standing on the correct side of escalators
10. Being happy to live in a smaller place without a garden