Some 37,000 employees will be affected by the closures but will be provided with full pay for 14 days, the company has confirmed. 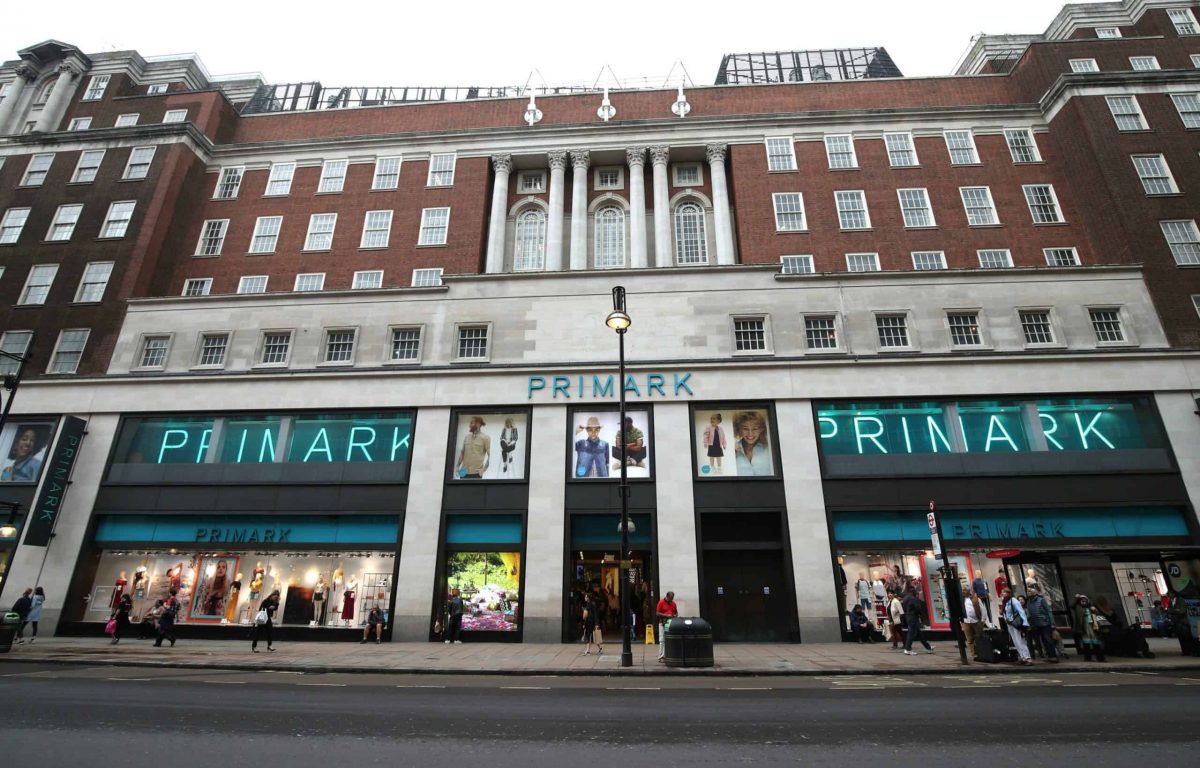 Fashion retailer Primark will close all 189 of its UK stores from Sunday evening as the coronavirus pandemic causes further damage to the high street.

Some 37,000 employees will be affected by the closures but will be provided with full pay for 14 days, the company has confirmed.

It comes after other clothing and fashion chains including John Lewis, Kurt Geiger, Topshop and New Look announced store closures.

“Our main priority is the health and well-being of our employees,” a spokesman for Primark said.

“Primark has committed to supporting all employees who are directly affected by store closures, with full pay for their contracted hours for 14 days, after which the situation will be reviewed.

“Primark will continue to closely monitor the situation, following WHO advice as well as local and national government guidance.”

Dave Gill, national officer for workers’ union Usdaw, said: “This is a deeply worrying time for everyone, not least shop workers.

“We understand that Primark is considering the health and safety of customers and staff, but this is a major decision that is very concerning for our members.”

The John Lewis Partnership said it is the first time in its 155-year history that it will not open its shop doors for customers – but its online services will continue.

All 55 Kurt Geiger stores across the UK and Ireland shut on Saturday evening, with chief executive Neil Clifford saying he will suspend his own salary until stores open again.

Other retailers have been forced to temporarily close, in line with Government guidelines on social distancing.

Media retailer HMV said “with a heavy heart” it is closing, adding it kept its stores open for as long as possible because of “how much entertainment can support people during difficult times”.

Patisserie Valerie chief executive James Fleming said both its in-store and online services will cease as of Monday.

“This is unprecedented and never have I had to make such difficult decisions,” he said.

“I do however genuinely believe that with the support and loyalty of our wonderful teams and guests, Patisserie Valerie will come back stronger and better than ever.”

We are temporarily closing all our 2150 shops by Monday March 23rd at 5pm, and going in to hibernation…we hope it won’t be for too long. All our wonderful colleagues will remain on full pay, and will look forward to seeing you when we re open. Thank you.

Timpsons chief executive James Timpson wrote on Twitter that stores will be going into “hibernation” but all colleagues will remain on full pay.

Several retailers have announced new measures to support NHS staff and other key workers through the coming weeks and months – following some supermarkets’ introduction of “golden” hours.

Waitrose said it will protect batches of stock exclusively for NHS workers to ensure they can get access to essential and “hard to find” items at all times of the day – and medical staff will be given priority at checkouts.

Kurt Geiger said NHS workers will receive a 50% discount for a year in all of its stores once they have reopened.

A group of other retailers including M&S, Lidl, Aldi, Danone and Coca-Cola have created a new fund to support community organisations helping those most at risk during the pandemic.

The group has committed almost £500,000 to a fund providing micro-grants to community organisations helping people most affected by the outbreak – including the elderly and those on low incomes.