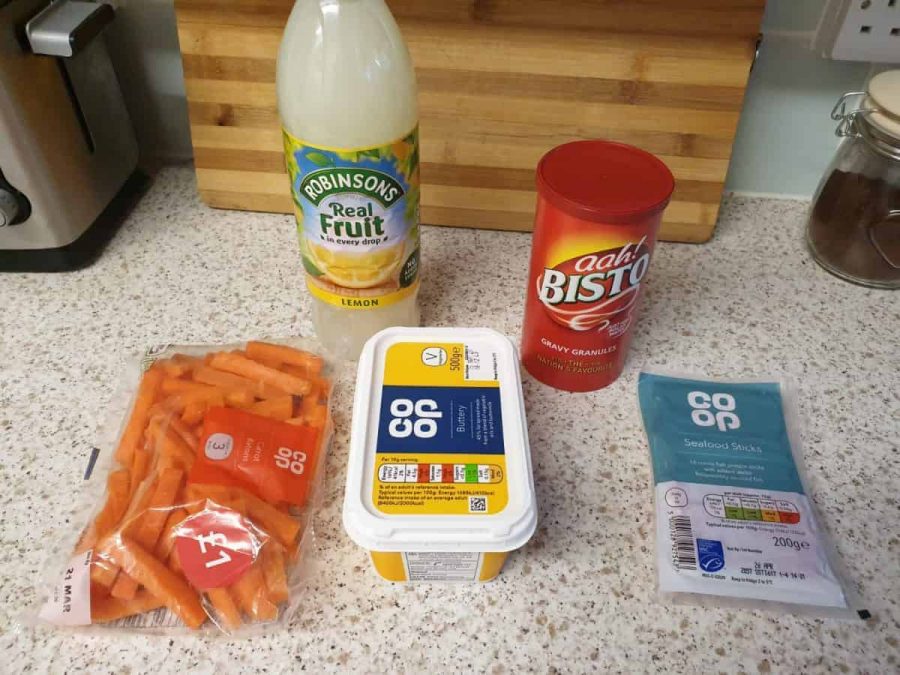 A frail couple forced to self-isolate to protect themselves from Covid-19 ordered £50 worth of vital supplies for home delivery only to be shocked when just FIVE ITEMS arrived.

Finn Teigen, 70, and wife Tina, 66, who cannot leave the house because of underlying health conditions, took the advice of their children and authorities due to coronavirus fears.

They placed a home food order with Co-op to get them through the quarantine period – but were left disappointed.

The delivery, which amounted to small bag load, contained just carrots, gravy granules, squash, margarine and fish sticks – even though they had paid more than £50.

Both suffer from a variety of ailments, which puts them at a greater risk of contracting the deadly disease, and simply dare not go to the shops.

Finn and Tina, from Lewisham, London, placed their order on Saturday (March 14), but it didn’t arrive until around 7pm on Tuesday March 17.

Luckily the pair saw the funny side and are hoping a family member will be able to drop off some essentials over the next few days.

Finn said: “It’s funny, but I was annoyed as well. We are old age pensioners – we were depending on the delivery.

“They gave me two bags initially, but it wasn’t mine. I shouted to Tina – there were about ten things in there that I hadn’t ordered, so we sent it back.

“Later on, all of a sudden I got a text saying: ‘Your food is here’. Another man turned up and handed me a small bag – it was quite funny.”

Finn and Tina spent around £48 on the order, which was then bumped up to £58 for an unknown reason, and the money was taken from their account.

The total sum of the goods that actually arrived was around £7.

The couple have enough food remaining for the time being – although Finn joked they may have to take drastic action.

He said: “We have some stuff for a couple of days. I have some dogs which eat fresh meat – that ran out this morning.

“We are not going to starve – we will eat the dogs if we have to! It’s going to be carrots and gravy for the next three days.

“Our kids live about 50 miles away – hopefully one of them is going to come up. I’m one of those people who see the funny side of everything.

“But, underlying it all, I do worry about our food. We haven’t been refunded yet. It’s okay though – my pension went in today.”