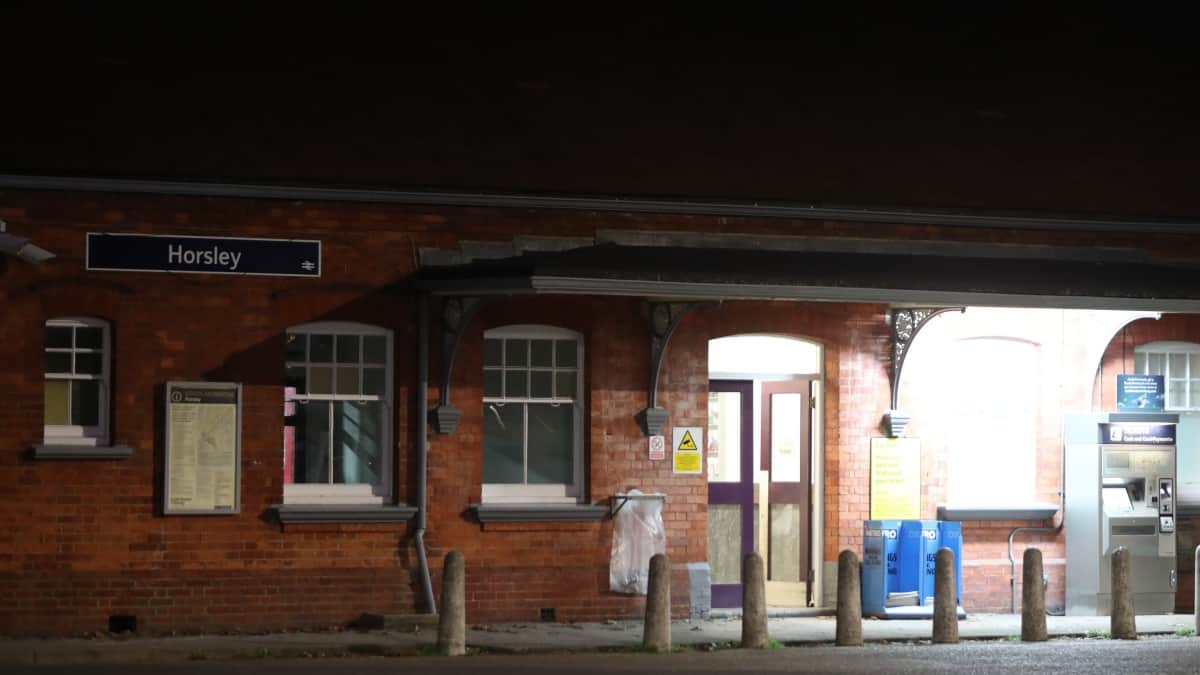 Pencille was this week sentenced to at least 28 years in prison for the murder.

Lana Pomeroy said Pencille had taken her family’s provider and her “soulmate” the day before his 52nd birthday, his cards and presents unopened.

“He robbed my husband of his precious life so he should live no longer. He doesn’t deserve to live,” Mrs Pomeroy told the Daily Mirror.

Other travellers on the Guildford to London service in January were horrified when Pencille produced a knife and stabbed the unarmed IT consultant 18 times.

After the attack, which was caught on CCTV, Mr Pomeroy’s son cradled his father’s head in his arms as he lay dying.

Mr Pomeroy and his son had only got on the train at the last minute, his widow said, because they caught an earlier service than planned.

The defendant, who declined to give evidence at his Old Bailey trial, had admitted having a knife but denied murder, claiming he had acted in self defence against the 6ft 3in tall victim.

Mrs Justice Cheema-Grubb sentenced him to life with a minimum of 28 years.

She said Pencille had a “hair trigger” temper and had killed Mr Pomeroy after starting an “unnecessary row”.

She said: “Anyone who watched the breathtakingly shocking CCTV footage would struggle to understand how you thought you could claim you acted in self defence against that unarmed man who was coming up to London for a pre-birthday treat. A day out with his teenage son.

“The anguish of losing a father in such circumstances will stay with him.”

Pencille’s girlfriend, Chelsea Mitchell, 28, Farnham, Surrey, was found guilty by a majority of 11 to one of helping him evade police after the attack.

Mrs Justice Cheema-Grubb said Mitchell acted out of “misguided loyalty” and jailed her for 28 months.

Earlier, Mr Pomeroy’s widow Svetlana wept in court as the verdicts were given.

In a victim impact statement she described the “senseless loss of life”, made worse because of their son’s presence.

She said her husband was a vibrant, highly intelligent perfectionist, a loving father and her “guiding light”.

She said: “It was a senseless loss of life.

“I miss my husband every day and to compound the situation (his son) was with his father when he died.

“I have lost my friend, my soulmate and my guide. Lee loved life and it’s been cruelly cut short.

“On Friday January 4 my life and that of my son changed forever. My husband of 18 years died in a sudden, violent and distressing way.

“Lee Pomeroy should have been celebrating his 52nd birthday the day after he died. We had cards and presents for him which he never got to see.

“Our future lives have been devastated by what happened.”