"They have not ‘cancelled’ anyone and people should calm down,’" said one parent. 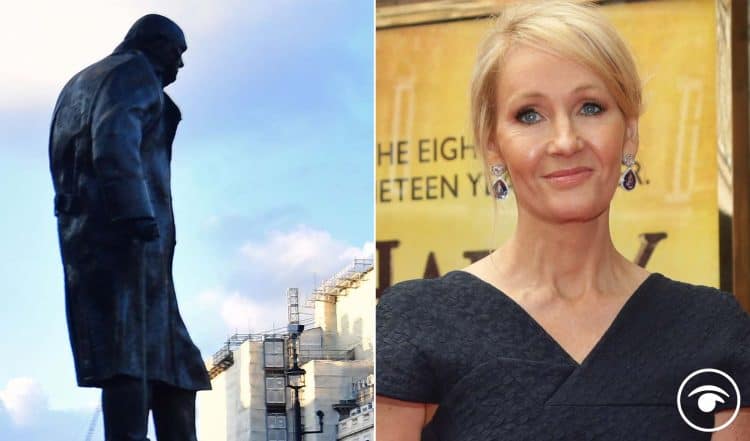 The names of Sir Winston Churchill and JK Rowling have been removed from houses at a London primary school in a bid to be “more diverse”.

A newsletter announced the name changes during Black History Month after it said children had been keen to rename some of the school houses.

Churchill has been replaced by Rashford and Rowling by Seacole after a vote, the school said.

The other two house names – Attenborough and Pankhurst – remain.

In a newsletter to parents and carers on October 21, the primary school said: “The children across school have been keen to change some of the names of the school houses to be more diverse.

“The JLT compiled a shortlist and the children have been involved in voting.

“We are pleased to be able to announce the name changes during Black History Month. Churchill has been replaced by Rashford and Rowling by Seacole.”

But the school, which educates pupils aged three to 11, said pupils themselves had asked for the names to be changed – and claimed they had not received ANY complaints about the decision.

Headteacher Alison Bateman made the move during Black History Month.

The other in-school houses, named after TV’s Sir David Attenborough and suffragette Emmeline Pankhurst, have stayed the same.

Rowling’s views on trans rights have divided opinions, with some fans of the popular writer recently distancing themselves from her.

Assistant head Fiona Whiteside yesterday insisted the school had not received a single complaint and said the children wanted the names to be more diverse.

One parent, who did not wish to be named, said at the school gate today: ‘’It’s a great idea. It has come from the kids and was pupil-led.

‘’This is not about ‘bashing’ Winston Churchill, it is about being more inclusive and progressive.

‘’My daughter is in Year One and she may be too young to understand it all, but there have been no negative comments at all.’’

Another said: ‘’The whole ‘row’ is ridiculous and silly and has been overblown. Of course I support the changes.

‘’They have not ‘cancelled’ anyone and people should calm down.’’

But another said: ‘’I am not very pleased. They should have spoken to the parents as well as the children. It would be nice to have been involved.

‘’If they were going to change the houses they should have changed all of them, not just two. They didn’t say whether or not it was for a reason.

‘’I do not believe in cancel culture, but it is a good school and I am not too worried.’’