Carol Brown and daughter Candy Merrett are shutting their greasy spoon after receiving scores of complaints from people who weren't even customers - moaning about the tiny patriotic toothpick Union and England flags. 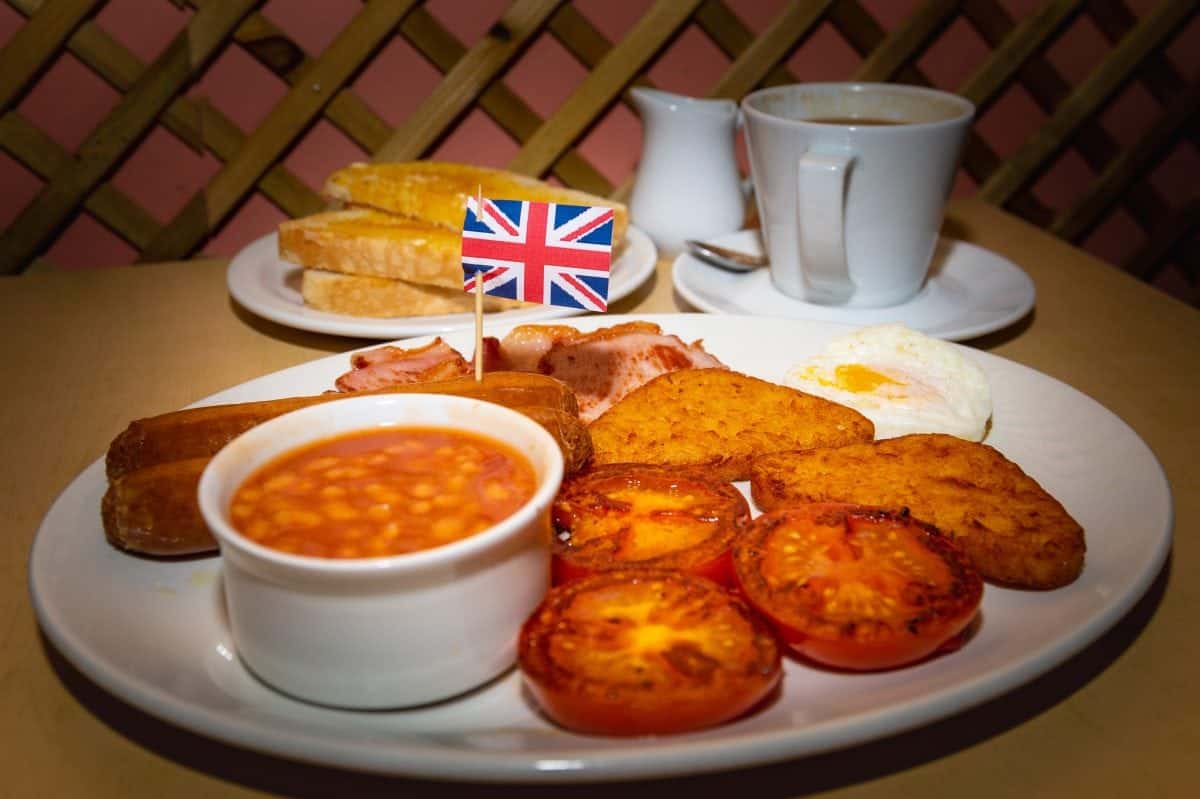 A family cafe is being forced to close after the owners got lashed with a barrage of online abuse about the “racist” toothpicks they stuck in Full English breakfasts – of a British flag.

Carol Brown and daughter Candy Merrett are shutting their greasy spoon after receiving complaints, some from people who weren’t even customers, moaning about the tiny patriotic toothpick Union and England flags. 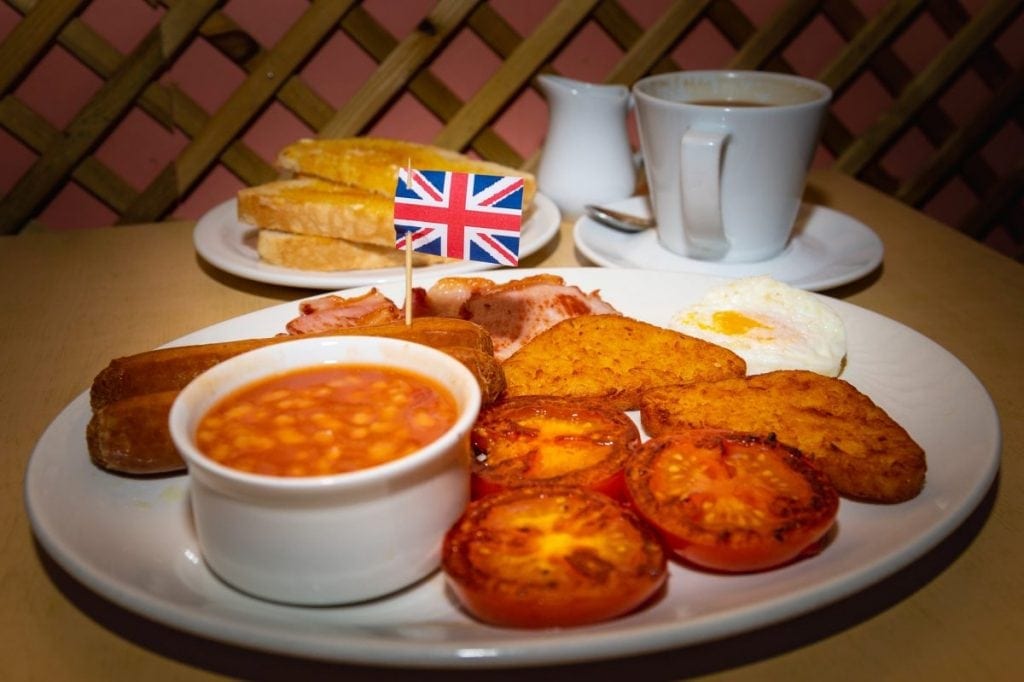 Candy, 30, has put the tiny toothpick Union flags, served with Full English Breakfasts and other dishes, since opening the London-themed cafe in August 2016.

Station 164 cafe in Hornchurch, east London, has seen a rise in complaints since the World Cup this summer, with three to four customers every week have moaning about the one-inch flags stuck in their toast, sandwiches and fried breakfasts.

The mum-of-one initially said she has no intention of removing the novelty flags.

But today (Thurs) Candy said she had received so much abuse on social media she will close the labour of love at the end of the month.

Earlier this week, she posted on the cafe’s Facebook page, slamming detractors. 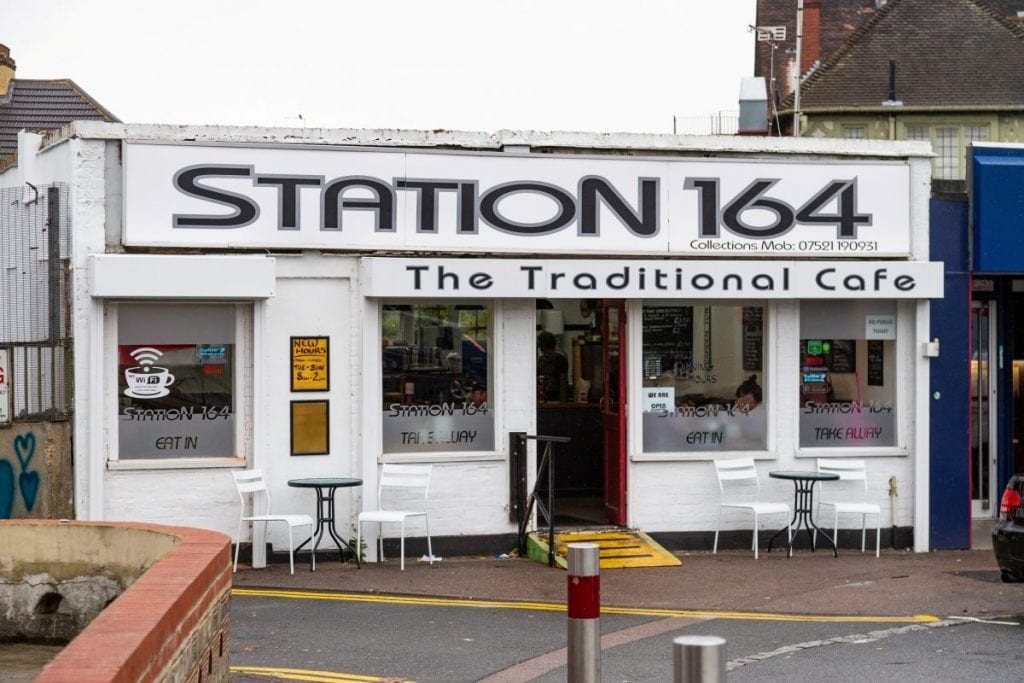 She wrote: “Patriotic and proud not prejudice.

“After two years of running our little cafe we have encountered our first disapproval from a couple of customers.

“Any of our customers, past and present will know that we send all our food out with an England or Union Jack flag in it, this is not to insult or induce any feeling other than Great British pride.

“We are a little London cafe, we are British, English and Londoners. We will not feel ashamed to put little flags in our food.

“We will not be stopping. We are patriotic, not ‘pathetic’ as someone called us last week. We celebrate our country.”

Candy said some people had been going into the cafe purely to throw the flags on the floor.

One reviewer on TripAdvisor called Aoneilly complained: “All they were interested in was picking up tooth pick flags that nearly got stuck in my lip.

“You shouldn’t hide these tooth pick flags in food their dangerous and nearly chocked me, they seemed to get upset when I spat it out on the floor suggesting I go back to my own country if I didn’t like it, which incidentally is East London.”

“Don’t come here if you’re following the latest fad-food diet, but if you like your traditional fare, this place is first class.

“And to all those who complain that serving your food with a little Union Jack is racist – go east somewhere else and leave those of us who love it in peace. I will eat here again and again and again.”

Commenting online, Richard White wrote: “Anyone who finds this racist should be deported from the UK, regardless of creed or colour.

“They can have a good, long think about what it means to be British and all the benefits that entails.”

Out of 38 TripAdvisor reviews, 34 rated the cafe as “excellent”.