Britain’s biggest butterfly faces being wiped out by climate change, say scientists. The Swallowtail is only found in the fens and marshes of the Norfolk Broads – making it the rarest in the UK. Global warming is placing it at risk of extinction – along with the picturesque county’s bees, bugs, birds, trees and mammals, […] 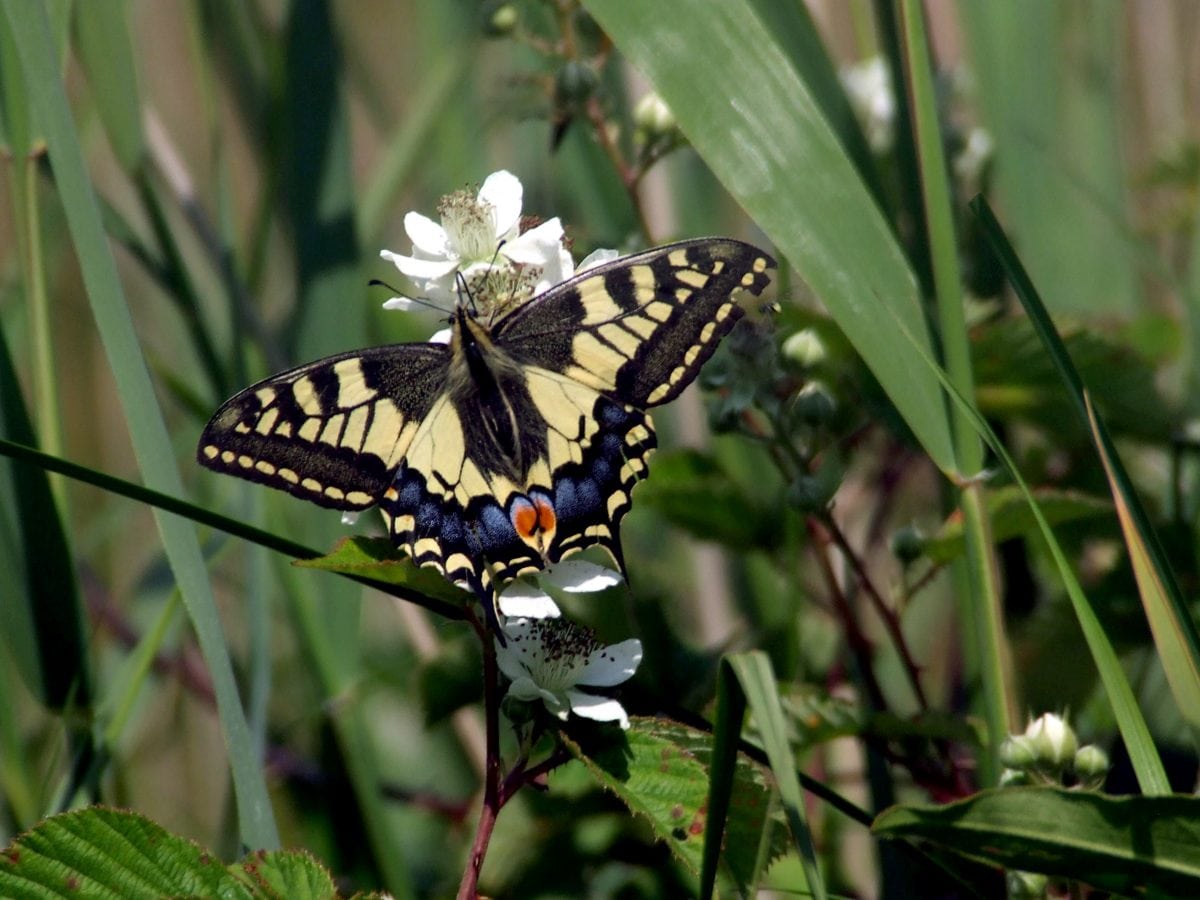 The Swallowtail is only found in the fens and marshes of the Norfolk Broads – making it the rarest in the UK.

Global warming is placing it at risk of extinction – along with the picturesque county’s bees, bugs, birds, trees and mammals, a groundbreaking study warns.

David North, head of People and Wildlife at Norfolk Wildlife Trust, said: “The likely impacts of climate change on our wildlife – shown by this detailed research – are hugely worrying.

“It is unthinkable that – with a warming of two degrees centigrade – swallowtails would very likely vanish from the Norfolk Broads.

“Being totally dependent on their food plant – milk parsley – it won’t be possible for them to adapt by moving elsewhere.”

The spectacular yellow and black insect is our only resident butterfly of the Papilionidae family – one of the largest butterfly families in the world.

It is the subspecies Britannicus which is confined to East Norfol due to the distribution of the sole larval foodplant – Milk-parsley.

With a wingspan of four inches it has a protruding tail – resembling that of a swallow.

Seeing the adult soar over the Norfolk Broads is a sight to behold – and one near the top of the list of most British butterfly-watchers.

Now the first in-depth audit of its kind for a region in the UK has found the Swallowtail is at risk – along with three quarters of bumblebee, grasshopper and moth species.

He also looked at what will happen at 3.2 degrees centigrade – the current global trajectory if countries meet their international pledges to reduce CO2.

The results published in Transactions of the Norfolk and Norwich Naturalists’ Society reveal at only two degrees centigrade 72 per cent of the county’s bumblebees could be lost.

Three quarters of grasshoppers and bush crickets will also go – and 68 per cent of larger moths.

The new climate potentially becomes unsuitable for 15 species of birds including Lapland Bunting and Pink-footed Goose.

Meanwhile the Common Shrew, Roe Deer and European Badger are among seven mammal species which may disappear from the countryside.

The Swallowtail – local only to the Norfolk Broads – and Red Admirals are among 11 types of butterfly which could be affected.

The Common Frog, Great Crested Newt, Adders, and the Common Lizard could also be lost.

As climate change reaches 3.2 degrees centigrade temperatures would be largely or completely unsuitable for mammals including Grey Squirrels, Whiskered Bats and Reeves’ Muntjac.

The findings come after the same team revealed up to half of all plant and animal species in the world’s most naturally rich areas could face local extinction by the turn of the century if carbon emissions continue to rise unchecked.

Lead researcher Dr Jeff Price, of the University of East Anglia’s Tyndall Centre for Climate Change Research and School of Environmental Sciences, said: “This research shows climate change really will pose increasing risks to biodiversity both globally and in Norfolk.

“This is a comprehensive investigation of how climate change will impact Norfolk’s biodiversity.

“I was able to carry out this research thanks to a long tradition of citizen science in the county.

“The Norfolk and Norwich Naturalist’s Society was founded in 1869 and their members provided data used in the study.

“We’re currently on a trajectory for 3.2 degrees centigrade if international pledges to reduce CO2 are genuine.

“If so major changes need to be made to how we use and produce our energy.

“Norfolk’s offshore wind turbines are an excellent example of the beginning of the transition that is needed worldwide to protect biodiversity here in Norfolk and everywhere else.

“The Paris Climate Agreement aims to put the world on track to avoid dangerous climate change by limiting global warming to 1.5 degrees centigrade.

“If this is achieved the climate would still be suitable for the majority of wildlife in Norfolk.

“But 2 degrees centigrade is a tipping point at which climate conditions will become largely or completely unsuitable for many species.

“Insects are essential food to many other species. Their decline will have a knock-on effect for the food webs of Norfolk’s ecosystems of the Broads and the Coast.

“The loss of bumblebees potentially has a major impact on pollination of crops and other plants.”

Not all taxa were examined as part of this study, but future work will look in detail at hoverflies, spiders and flowering plants.

Mr North said: “Unless we take bold action to limit warming to below this level there will be huge changes to our wildlife – both common and rare.”