He said dealing with the cost of living crisis only after a new PM is voted in is "really not good enough". 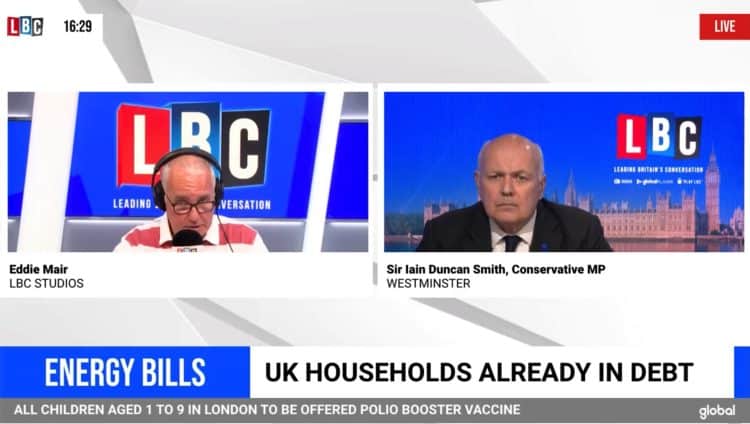 So far, Boris Johnson has remained unmoved on the issue, with leadership hopeful Liz Truss suggesting she will slash taxes in order to free up personal income.

Eddie Mair put it to Sir Iain that announcing government proposals to deal with the cost of living crisis only after a new PM is voted in is “really not good enough”.

“Yes there is a significant problem facing key people, most in society, but very much those who have difficulty. I set up Universal Credit.”

“That’s not going to help them,” Eddie interrupted.

Watch the tense clip in full below: