The UK's manufacturing sector has been battered by Brexit and coronavirus. 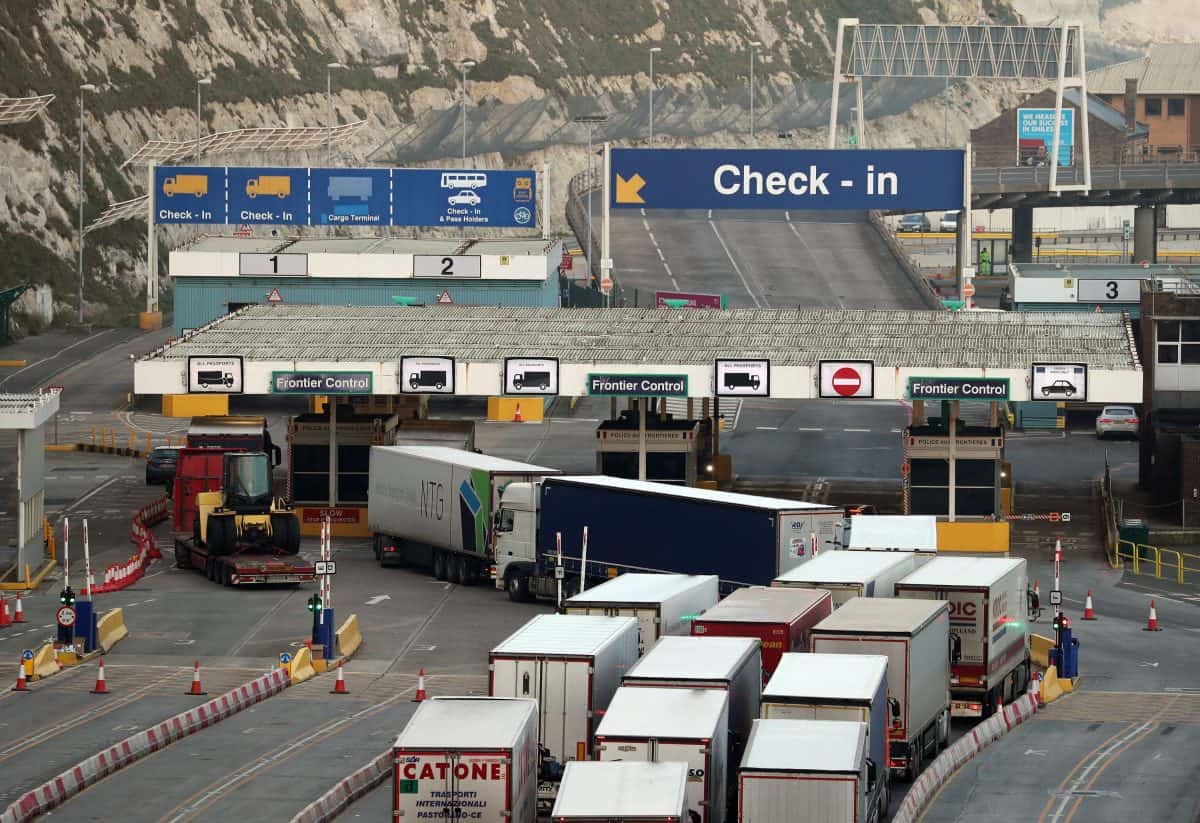 Growth in the UK’s manufacturing sector fell to a three-month low due to Brexit supply chain disruptions caused in the first month since Britain formally severed ties with Brussels, according to new data.

The closely-followed IHS Markit / CIPS Purchasing Managers’ Index (PMI) hit 54.1 in January, down from a three-year high in December of 57.5 where many manufacturers stockpiled goods over fears of a no-deal Brexit. Any score above 50 is seen as a sector in growth.

Manufacturing output increased for the eighth successive month in January – however, the rate of expansion slowed as new orders fell due to a drop in new export business.

Companies said the national lockdown, the end of the Brexit transition period, client closures and renewed uncertainty at the start of the year all contributed to the fall in new orders.

Some managers also said they saw EU-based clients had brought forward purchases in December to avoid expected disruption in the post-transition period.

Manufacturers in the consumer goods sector saw the weakest performance in January, with steep drops in output and new orders.

Manufacturing employment rose for the first time in a year during January, however, with companies reporting this was to combat rising levels of work-in-hand at several firms.

Raw material shortages, transport delays and increased costs, pushed input price inflation – the cost to manufacturers – to a four-year high in January, which were passed onto clients.

Rob Dobson, director at IHS Markit, which compiles the survey, said: “Whereas many countries are seeing manufacturers provide a much-needed support to economic growth as the service sector is hit by Covid-19, the UK’s manufacturing sector has come close to stalling.

“The impact was felt most at consumer goods producers, who reported steep falls in output and new orders. There were also early signs that smaller companies were being hit harder by the tougher operating environment than medium- and larger-scale producers.”

He added that companies are hopeful the restrictions will ease as the vaccine rollout continues, but said the speed of recovery remains uncertain.

Duncan Brock, group director at the Chartered Institute of Procurement & Supply (CIPS), added: “The start of the year was a damp squib as the index dropped back to last October’s levels, and new order levels eased, in sharp contrast to the sustained momentum in the sector’s recovery at the end of the pandemic year.

“Primarily, it was SMEs (Small and Medium Enterprises) who bore the brunt of the downturn, as they struggled to cope with increased demands in paperwork, border controls and the effects of port disruption where corporates with larger resources were able to tap into current stocks and find workarounds to these obstacles.”