"Does Brandon Lewis fail to realise he’s extolling the virtues of EU membership or simply assume his intended audience is too gullible to grasp this?" 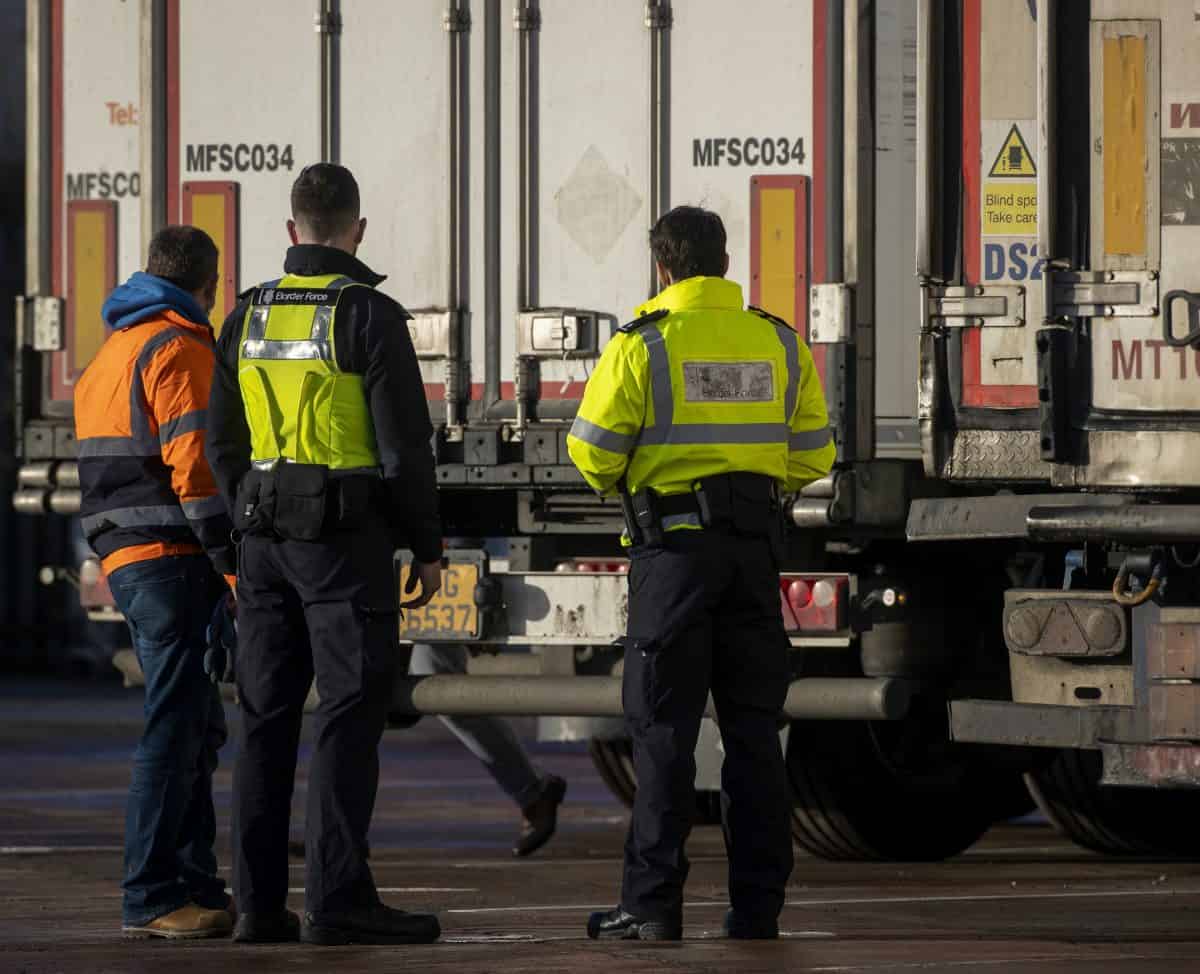 The first freight checks required under the terms of Brexit’s economic sea border between Great Britain and Northern Ireland have taken place.

The end of the transition period late on New Year’s Eve brought into force the contentious Northern Ireland Protocol, which sees the region operate under different regulatory and customs arrangements to the rest of the UK.

Northern Ireland is remaining in the single market for goods and is applying EU customs rules at its ports.

“As we have seen today, the important preparations the Govt and businesses have taken to prepare for the end of the Transition Period are keeping goods flowing freely around the country, including between GB and NI,” he tweeted.

His comments were met with astonishment by many.

Prof Mark Elliot Tweeted: “Utterly extraordinary. Northern Ireland’s position in the UK is unique only because the rest of it has left the Single Market. Does @BrandonLewis fail to realise he’s extolling the virtues of EU membership or simply assume his intended audience is too gullible to grasp this?”

Fionna O’Leary Tweeted: “Turns out you were lying again Journalists were there watching civil servants direct lorries to actual border control posts. Perhaps if you got your idle arse out of bed and actually looked at your own area in your own ministry you would have seen it too.”

Henry Mance Tweeted: “There is no ‘Brandon Lewis'”

BBC NI Economics & Business Editor, John Campbell Tweeted: “Had I known this I would have drunk a gallon of Negronis last night & stayed in bed today rather than standing in a windswept harbour watching civil servants directing lorries to actual Border Control Posts.”

Customs declarations and additional regulatory checks are now required on goods moving from Great Britain to Northern Ireland. Trade in the other direction remains largely unfettered.

The full consequences of the protocol will not be felt until later in the year, as several grace periods have been agreed between the UK and EU to reduce the volume of paperwork and certifications needed in the first few months of operation.

The first affected ferry into Northern Ireland on New Year’s Day docked in Belfast at 1.45pm having sailed from Cairnryan in Scotland earlier that morning.

There was no evidence of disruption or delay.

Officials are required to conduct physical checks on a selection of roll on/roll off lorries under the terms of the protocol.

After the Stena Line ferry docked, six lorries were diverted to a new checking facility in the grounds of Belfast Port operated by Stormont’s Department of Agriculture, Environment and Rural Affairs (Daera).

UK Border Force officers and Daera inspectors were in attendance.

The checks were primarily document-focused on Friday, with limited signs of physical inspections taking place at the site.

Similar processes were in operation at Larne Port on goods arriving from Great Britain on New Year’s Day.

Officials have pledged a light-touch enforcement regime in the first week of the protocol’s operation to give traders time to adjust to the new requirements.

Mr Leheny said it would only start to become apparent from next week whether the protocol will cause significant delays and disruption.

“Initially for the first day or two it will be fairly quiet,” he told the PA news agency.

“And that’s down to two reasons – a lot of companies here have already stockpiled in advance of this and also a lot of companies are just standing back for the first day or two, they just want to see how the systems hold up and if there are any issues, what they can learn from that.

“So I expect the first couple of days of this that it will be relatively quiet, low-freight volumes, and we’ll get a bigger picture of how it pans out probably the start and the middle of next week.”

Mr Leheny said while he expected the majority of GB-NI supply chains to continue, he predicted some Northern Ireland importers would look closer to home for products to avoid the red tape.

“I think most of the trade will hold up – if something is still profitable to move next week, as opposed to two weeks ago, those goods will still move here,” he said.

“You might have some reconfiguration on some products. We’ve already heard of some businesses looking closer to home in Northern Ireland here to source products that they may have previously sourced from suppliers in GB. So I expect there will be some change in the months ahead.”

Darren Mone, from MVT car transportation company, parked up at the port to capture video of his vehicle disembarking the ferry.

Mr Mone said he had completed all the required declarations on New Year’s Eve.

“It’s more paperwork at the end of the day, it’s going to be more aggro for our customers,” he said.

“Most of the second-hand car market comes in from the UK. For us, it’s going to be an aggro, there’s no point saying another other.

“It’s more paperwork that we feel doesn’t need to be done because everything we put in that declaration is in our customer VAT returns.

“When you’re dealing within the one jurisdiction Northern Ireland is still reporting everything to GB for their tax and their VAT and everything. All the information is in the tax returns. So it’s really duplicating everything doing these declarations.”

However, Mr Mone predicted the protocol could end up being beneficial for Northern Ireland in the long run, as it meant traders based in the region had unfettered access to both the EU and to GB.

“Northern Ireland is probably going to be the place to be in the future, hopefully,” he said.

“We can trade with Europe and the UK, with access both ways, without any declarations.”