The special coins were originally designed to be minted in time for Britain’s departure from the EU on October 31. 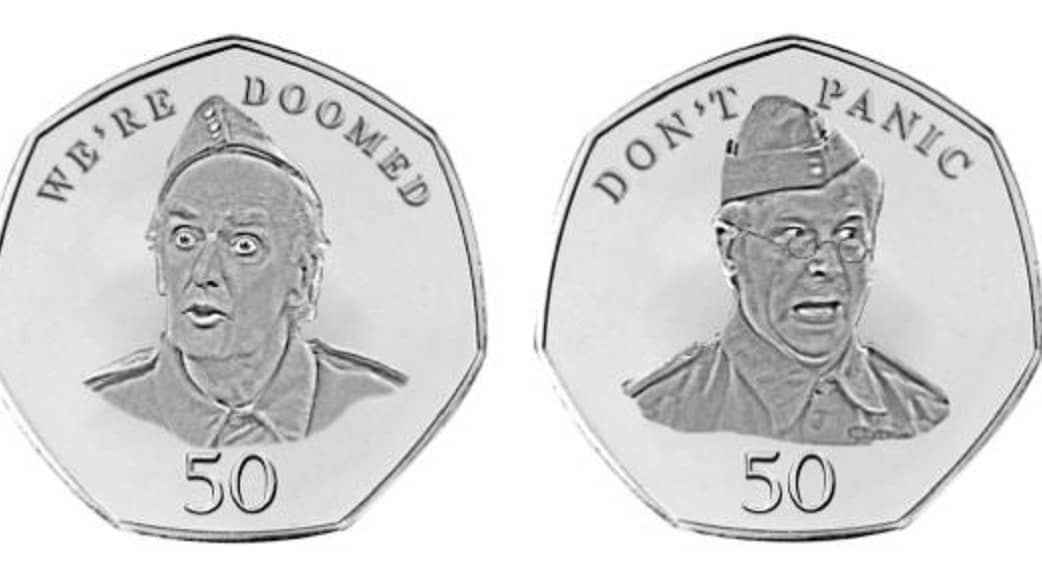 Limited edition Brexit 50p coins, dated October 31 2019, are set to be shredded and melted down after the UK’s departure from the EU was delayed by three months.

The special coins were originally designed to be minted in time for Britain leaving the trading bloc this Friday.

However, today the Treasury confirmed these coins would be recycled now that the EU has agreed a Brexit extension with the UK Government.

A HM Treasury Spokesman said: “We will still produce a coin to mark our departure from the European Union, and this will enter circulation after we have left.”

According to the Royal Mint website, precious metals, such as 50p coins, are sorted and shredded before being melted down. Metals are then purified and solidified before being turned into new products.

The cost of designing and producing the commemorative coins will be met by the Royal Mint out of its own revenues at no cost to the taxpayer.

The taxpayer has paid for the £100 million government advertising campaign trailing Brexit on October 31 which has now been shelved.

The commemorative coins had been widely derided by critics.

Labour MP Wes Streeting and left-wing comedian David Schneider both made the same quip, that the post-Brexit 50p would be what a £1 coin would be worth after Brexit.

Jono Read, a journalist at the New European took the tone a little lower, with a picture of the poo emoji.

January Brexit coins to be minted

Chancellor Sajid Javid had asked officials to look at whether it would be possible to produce the coins in volume ready for the UK’s scheduled EU leaving date of October 31.

Former chancellor Philip Hammond had planned a limited edition of around 10,000 commemorative coins to be sold to collectors for £10 each.

Sajid Javid’s revised the proposal for the coins to be produced for mass circulation. This was portrayed as a statement of intent that the Treasury was fully behind Brexit.

The new coins will carry the words “Friendship with all nations”, but will be stamped with a new departure date — currently set to be January 31 2020.

A Wallace and Gromit coin has been unveiled to celebrate the 30th anniversary of the animated double-act first hitting the screen.

The Royal Mint on Tuesday launched the new 50 pence piece depicting the pair and bearing the Latin inscription “caseus praestans”, which translates as “cracking cheese”.

The coin was designed by Wallace and Gromit creator Nick Park and the team at Aardman Animations, and is inspired by the original short film A Grand Day Out which was first screened in 1989.

The film saw the pair build and launch a rocket ship to the moon where they tuck in to a picnic of moon cheese and crackers, and the new coin also depicts the outer shell of the spaceship.

Mr Park said: “When A Grand Day Out was first screened 30 years ago, we never expected for Wallace and Gromit to become such a long-standing, well-loved series around the world.

“It’s been an honour to work with The Royal Mint to bring the pair to life in a new way, and everyone at Aardman is so excited to see the pair on a coin.”

The coin will not enter general circulation, but can be bought in a range of different finishes, the Royal Mint said.

While the brilliant uncirculated finish coin starts at £10, a silver proof version will cost around £65 and the 15.5g gold proof 50 pence piece at £980, it added.

Nicola Howell, director of the consumer division at The Royal Mint, said: “Wallace and Gromit are two of Britain’s most loved characters, so we felt it was only right that we marked this momentous anniversary by giving them a place on UK coinage.

“The films are such a huge part of our popular culture and are loved by generations of all ages, so we’re delighted that we can be a part of the 30th anniversary celebrations.”

Those wishing to purchase the coins can visit www.royalmint.com/wallaceandgromit