The copied and pasted message read: “Very interesting. A good friend of mine is a senior nursing sister at Leeds Hospital – the boy shown on the floor by the media was in fact put there by his mother who then took photos on her mobile phone and uploaded it to media outlets before he climbed back onto his trolley.” 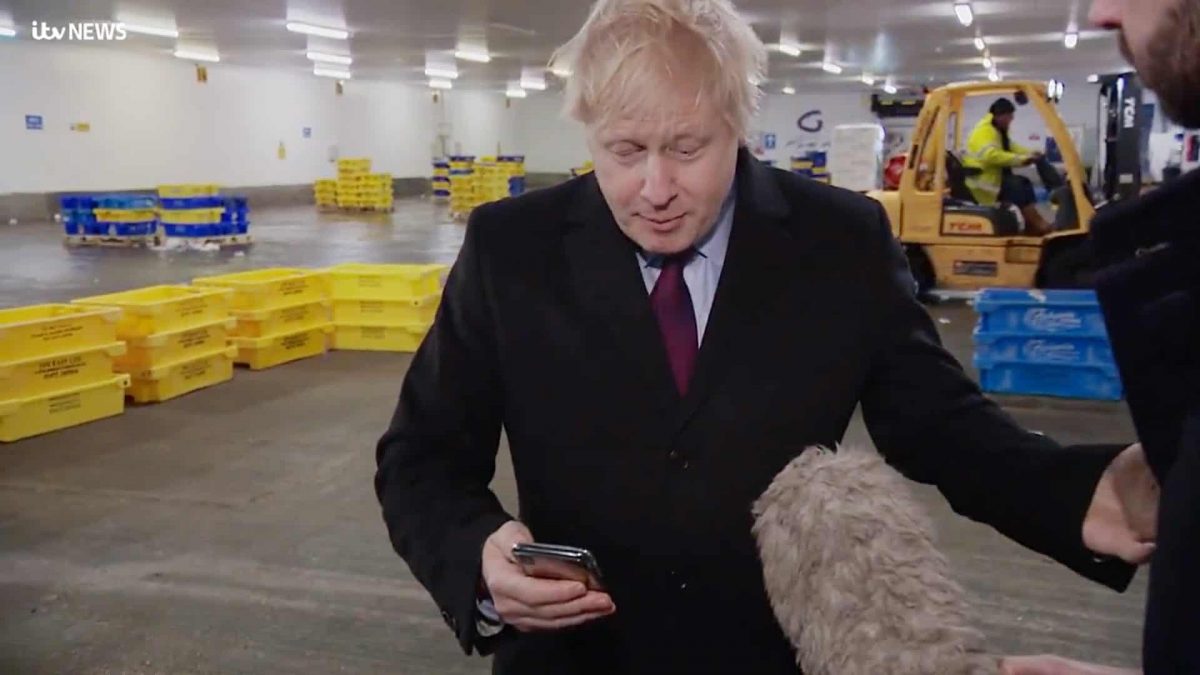 A photo of a four-year-old forced to lie on a pile on a floor of a Leeds hospital as he awaits treatment has become emblematic of the issue of trust in the government and its intentions over the NHS in the last days of the election campaign.

Especially after Boris Johnson refused to look at a photo of the boy on a reporter’s phone and snatched it away while spouting soundbites at him, leading to accusations of treating the public and the NHS with callous contempt.

The Tories and their defenders in the press have sought to downplay and distract from the story, even concocting a fake story about Matt Hancock’s aide being punched when the Health Secretary ran the gamut of boos and jeers to visit the hospital and apologise to the family. The reporters given the story “by senior Conservative sources” were forced to apologise only when video evidence fortunately emerged that the Tory staffer walked into the hand of someone pointing.

A more sinister attempt to discredit the story then emerged on social media with similar techniques to the conspiracy theories and fake news egged on by bots that cast a sinister shadow over the US Presidential election, as well as crucial votes in this country.

On Monday, hundreds of duplicated messages appeared from various accounts on Facebook and Twitter, attempting to debunk the photo.

The copied and pasted message read: “Very interesting. A good friend of mine is a senior nursing sister at Leeds Hospital – the boy shown on the floor by the media was in fact put there by his mother who then took photos on her mobile phone and uploaded it to media outlets before he climbed back onto his trolley.”

The original message was attributed by social media users to a Facebook post by a member of the public. Jenner-Hepburn, a random Facebook user who appeared to have written one of the most widely-shared posts, has since told the Guardian she believes she was hacked and that she does not know anyone in Leeds.

After a reader contacted him about the claim, James Mitchinson, Johnston Press’ editorial director for Yorkshire, tweeted a letter he had sent her outlining the newspaper’s processes for verifying the story.

In a letter the paper published as an open letter, he wrote:

“I do feel it is important to respond as you would expect me to as the editor of one of the most trusted newspapers in the country.

The story was first published by the Yorkshire Evening Post after the mother – Sarah – contacted us directly.

Because it is irresponsible – and reckless – to take one person’s word and take it as fact, we immediately checked the veracity of the assertion with the hospital. That’s not a boast, by the way, just bog-standard journalism;

The hospital itself confirmed the set of circumstances you read in our story were and are correct.

The Chief Medical Officer for Leeds Teaching Hospitals – Dr Yvette Oade – accepted the situation had occurred and offered an explanation as to why. The principal reason given for what happened to Jack was demand outstripped capacity. They were overrun.

The Chief Executive, Julian Hartley, confirmed their ordeal had taken place. He offered a personal apology to Sarah and to Jack whilst backing the staff at LGI who are absolutely giving their all, but cannot cope with the sheer number of people needing their help.

So, as you can see, we went to great lengths to establish the story was true and to check that the hospital accepted as much. I do not blame you for contacting me as you have done. You are not the only one to have seen the Sheree Jenner-Hepburn Facebook post – amongst thousands of others very similar in nature – and believed it to be true. What we are dealing with is quite simply: a very poorly little boy in a place that cannot give him the care he needs and as a result a mother reaching out for help. They are the ones that really matter, here.

As I say, I am not surprised you have been misled by that post. But, if you’ll bear with me, I offer you this:

That account has now disappeared. Our accounts are still here and you can hold me and my journalists to account.

He added that the newspaper “went to great lengths to establish the story was true”, adding: “I would be happy to meet you over a coffee to offer you an explanation as to how sophisticated and corrosive the proliferation of fake news is, and what to do to guard against being conned by it.”

“I do hope we are not too late to help people like her, so unfairly manipulated and discombobulated by cynical social media messaging driven by dark forces,” he said.

Researchers at anti-disinformation group First Draft found several hundred copies of the message across Facebook and Twitter, including shares by prominent celebrities and journalists.

Alastair Reid, digital editor at First Draft, told the Press Association: “Both on Facebook and Twitter we’ve seen a concerted effort to put this claim in front of as many people as possible.

“On Twitter that has meant accounts have been contacting celebrities, athletes, journalists and politicians and telling them to share it. On Facebook we have seen the same paragraph of text pushed into pro-Brexit and pro-Conservative Facebook groups again and again and again.”

However, he urged people to steer clear of talk of “bots” – or automated accounts – driving the conversation.

“At this stage it’s very difficult to say whether there is any automated or co-ordinated activity and it’s better not to jump to conclusions,” he added.

Posts circulating online have since wrongly claimed the photo of Jack on the floor was staged by his mother who, they claim, put him there and “took photos on her mobile phone and uploaded it to media outlets before he climbed back onto his trolley”.

Most of the posts quote the same spurious source in a “good friend” who is a “senior nursing sister” at the hospital. Some have been shared by Telegraph columnist Allison Pearson and ex-Tory MP Michael Fabricant, as well as other rights wing influencers that helped the fake story spread.

Daniel Sheridan, the YEP reporter who broke the story, tweeted last night to clarify that he had requested and given time for a full response from the hospital before publication “due to the nature of the accusations”.

He noted that the hospital confirmed what had happened in its response, which it has since published in full, and apologised to Jack.

“No story would ever be published by YEP without full verification,” Sheridan said. “This was in no way staged, and highlights the need to check all accusations to avoid any miscommunication.”