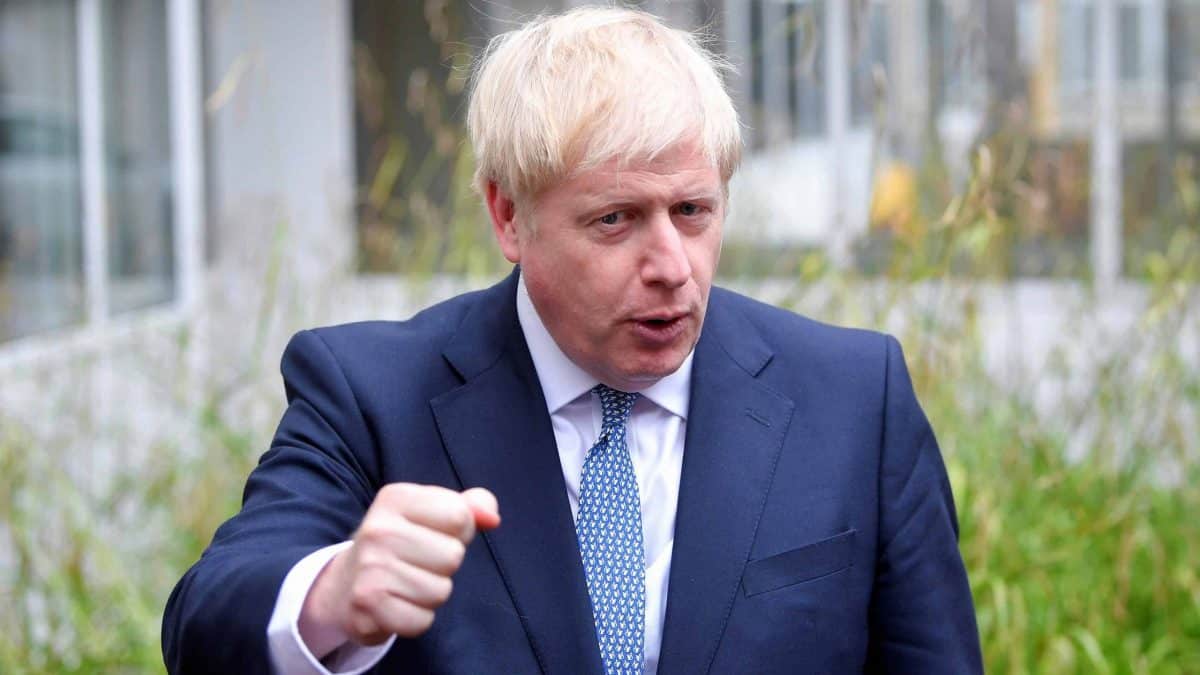 The Telegraph reports a cunning plan for Boris Johnson to avoid legislation set to receive royal assent today which requires the PM to request a Brexit extension if he hasn’t negotiated a Brexit deal in time to avoid a no-deal Brexit next month.

After sacking 21 Conservative colleagues, and further resignations of Tory MPs who like Amber Rudd don’t believe that Johnson is actually seeking to negotiate a deal with the EU, Johnson is again asking for MPs to vote for a General Election today as he now presides over a minority government.

But MPs don’t believe Johnson’s assurances that he would not change the date of an election after Parliament is suspended to force a no-deal Brexit with no scrutiny by parliament, suspended for an election.

MPs from across the benches fear the turmoil for the economy and the weakness of Britain in trade negotiations if the country crashes out of the EU with no deal, which the government’s own assessments reveal would cause chaos for UK businesses, as well as food and medicine supply chains.

The Hilary Benn and Alistair Burt drafted European Union (Withdrawal) (No. 6) Bill is a law to avoid (or at least to delay) the UK’s departure from the European Union in the absence of a ratified withdrawal agreement.

It requires the PM to write to Brussels requesting a delay to Brexit if he has not negotiated a withdrawal deal with the EU by the middle of October.

But despite no evidence of any negotiations, the PM has written to Tory MPs saying he refuses to ask for a delay to Brexit.

A cunning plan published in the Telegraph today, suggests Johnson could write a second letter along with a letter asking for a Brexit extension, which would ask the EU not to grant an extension actually. This confusion, the cunning plan suggests would exasperate the EU enough for the European nations not to grant the UK an extension to Article 50, forcing Britain to leave the EU on October 31, with to without a deal.

But the plan intimated under the Brexit cheerleading Telegraph’s headline “Johnson ‘can legally stop Brexit extension’” has been mocked by legal experts.

Former Justice of the Supreme Court Lord Sumption said the idea would not in fact be legal and would be breaking the substance of the legislation. He said the courts would look dimly on the PM breaking the law like this and sanctions could be taken against him.

He also said if the Prime Minister were to resign, the request for a delay to Brexit could be written by someone on behalf of the UK Prime Minister, as required by the legislation.

Whether the shambles at the top of government will exasperate the EU enough that a delay won’t be granted remains to be seen though.

France has suggested it could veto lengthening the talks, with French Foreign Minister, Jean-Yves Le Drian, telling reporters: “We are not going to do this (extend the deadline) every three months.”

The Daily Telegraph, formerly one of Mr Johnson’s employers, also quoted a Downing Street source who said Monday would be the final opportunity for MPs to stop no-deal.

Johnson, on the last day of parliament before it is suspended by him, will tell MPs voting with him for a General Election is the last chance to avoid him crashing the UK out of the EU with no deal.

To call a general election early using the Fixed-Term Parliament Act (FTPA), two-thirds of MPs would have to agree, and not enough MPs believe the Prime Minister to vote for an election today.

The No10 source reportedly said: “(Monday) is the last chance for Corbyn to be prime minister and negotiate his delay at Brussels (at the European Council summit) on October 17-18.

“If he opposes the people having their say in an election on October 15, then MPs should realise they may not be able to stop no-deal.

The hardball act has been taken with MPs after Taoiseach Mr Varadkar said he did not expect a breakthrough when the pair meet for the first time since Mr Johnson was elevated to PM.

Mr Varadkar said: “I don’t think the meeting tomorrow is a high stakes meeting, as I don’t anticipate a big breakthrough tomorrow.

“If we come to an agreement that agreement will happen in October at the EU summit.”

Amber Rudd’s assessment that more effort is being put into no-deal preparations than the divorce negotiations with Brussels will be tested on Monday with a host of ministers and senior civil servants facing questioning on the UK’s readiness to leave without an agreement in place.

Ms Rudd made the claim after sensationally quitting the Cabinet and the Tory Party on Saturday.

She has been replaced as Work and Pensions Secretary by Therese Coffey, a loyalist who was promoted from her role as environment minister.

Meanwhile, Mr Johnson has essentially disbanded the Europe unit which had led negotiations with Brussels on a Brexit deal, The Times newspaper has reported.

The group working under chief Brexit negotiator David Frost consists of just four staffers, the paper says, whereas it did have more than 50 civil servants at the height of negotiations over the original withdrawal agreement, with additions support also provided by various Government departments.

MPs will also debate on Monday a petition backed by 1.7 million people demanding prorogation must not be prorogued unless Article 50 is extended.

MPs are also set to embarrass Boris Johnson by calling for the government to publish its legal advise on proroguing parliament.

They will also call for the government to publish its latest advise on the effect of a no-deal Brexit. Michael Gove intimated that these would be published, then refused to publish the latest reports. They are expected to show again that there would be shortages of fuel, food and medicine.