Johnson declines to deny allegations he failed to declare potential conflicts of interests as London Mayor over the allocation of public money to a model turned technology entrepreneur. 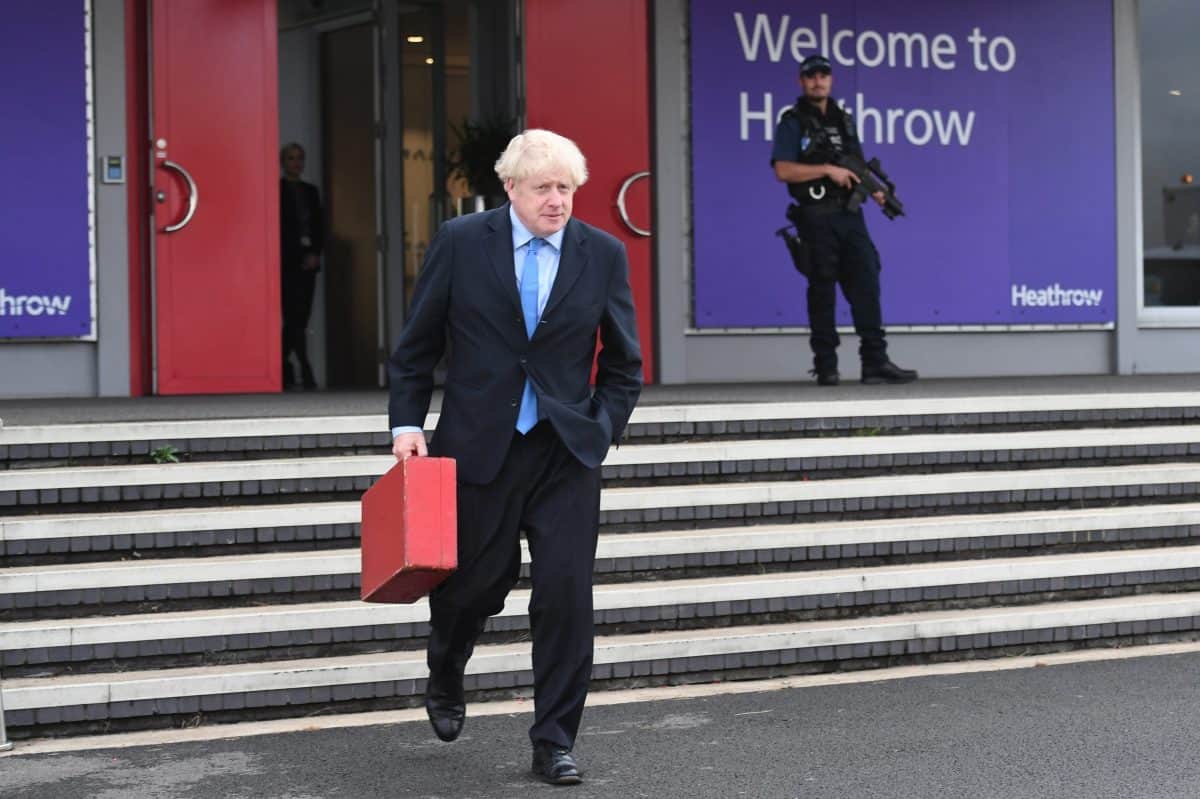 Boris Johnson repeatedly declined to deny allegations that he failed to declare potential conflicts of interest as London mayor over the allocation of public money to a model turned technology entrepreneur.

The Prime Minister insisted on refusing to comment on allegations centring on his association with Jennifer Arcuri, during sustained questioning on his flight to New York for the United Nations General Assembly.

The Sunday Times reported that Ms Arcuri, an American who moved to London seven years ago, was given £126,000 in public money and was treated to privileged access to three foreign trade missions led by Mr Johnson.

The PM declined to clarify the nature of his relationship with the woman and declined chances to deny any allegations in the report.

Boris Johnson must have regretted inviting the press on his plane and what will seem like a long flight to New York with awkward questions about the government’s failure to stop Thomas Cook going under.

Even more awkward were the questions on board the RAF Voyager about whether he would refute the claims over Jennifer Arcuri.

But the Prime Minister repeatedly refused to deny the accusations against him over the scandal revealed in the Sunday Times.

Instead he insisted: “I’m here to talk about what we are doing in the UN and this country’s commitment to tackling climate change stopping the loss of biodiversity and our role as serving as a bridge between our European friends…”

He did not directly respond to six questions, including whether the allegations could be solved with a public enquiry.

When asked to clarify the nature of their relationship, he replied: “If you will forgive me we are going to talk exclusively about what we are doing here in the UN.”

Transport Secretary Grant Shapps, on BBC Radio 4’s Today Programme to defend the government’s handling of the Thomas Cook collapse, dismissed questions about whether Boris Johnson abused his power as mayor of London by saying: “as I understand it, that happened six years ago.”

‘Serious allegations of the misuse of public money’

Shadow minister for the Cabinet Office Jon Trickett has called for the PM to fully explain the matter.

“Boris Johnson must now give a full account of his actions in response to these grave and most serious allegations of the misuse of public money in his former role as mayor of London,” the Labour MP said.

“The public has a right to know how and why these funds were used for the benefit of a close personal friend without on the face of it legitimate reason.”

“This cannot be swept under the carpet. It is a matter of the integrity of the man now leading our country, who appears to believe he can get away with anything.”

The newspaper investigation reported that Ms Arcuri’s business received £10,000 in sponsorship from an organisation overseen by Mr Johnson as mayor in 2013.

‘This is how the establishment works’

Jeremy Corbyn criticised parts of the media for not giving enough attention to the Sunday Times allegations that Boris Johnson failed to declare potential conflicts of interest while London mayor.

The Labour leader said: “There was something important in one of the Sunday papers today about an alleged abuse of power and misuse of public funds by Boris Johnson before he became Prime Minister.

“But, do you know what? Lots of the media have barely touched it. Incredible, isn’t it?

“This is about the man who is the Prime Minister of our country.”

“This is how the establishment works. They close ranks. They put privilege first.”