The group with which Johnson is affiliated said she had received "numerous death threats". 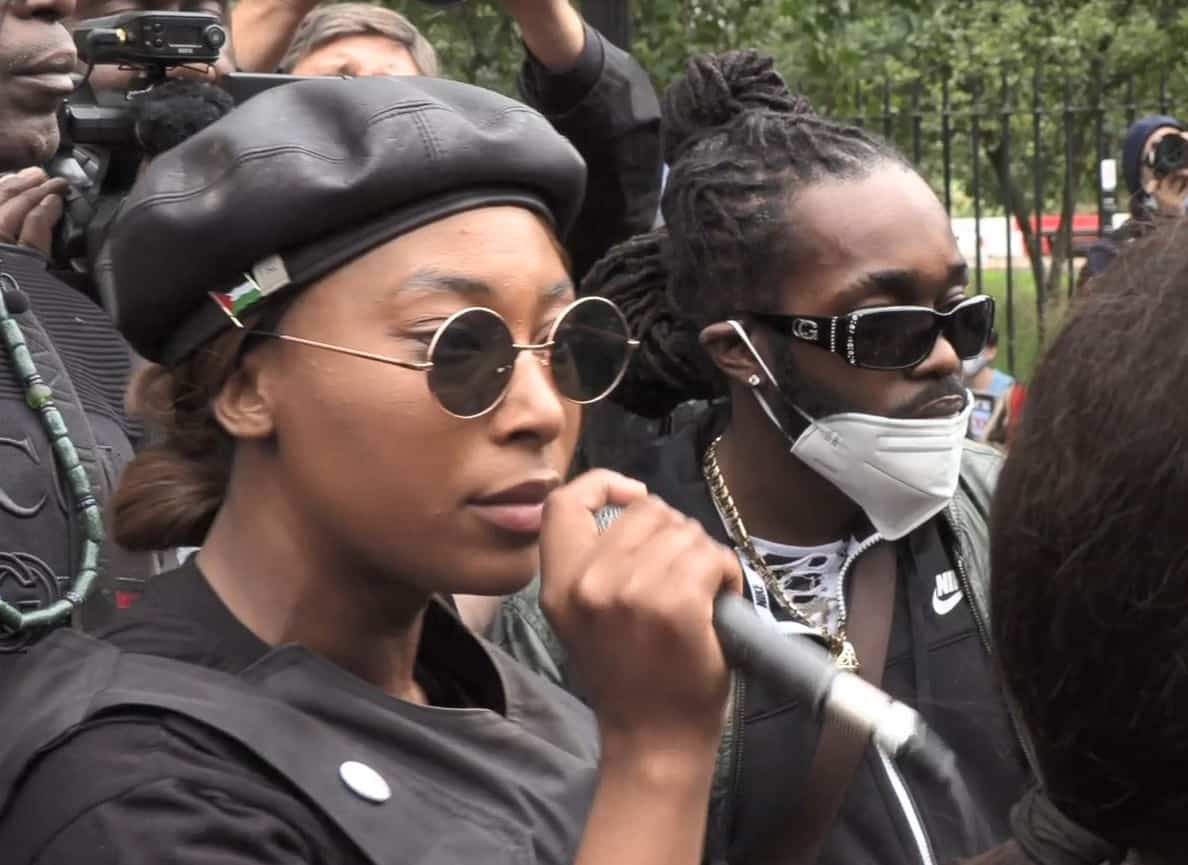 File video grab dated 30/08/2020 of activist Sasha Johnson speaking during the Million People March in London. The mother-of-three is in a critical condition in hospital after she was shot in the head during the early hours of Sunday. Issue date: Sunday May 23, 2021.

Prominent Black Lives Matter activist Sasha Johnson is in a critical condition after sustaining a gunshot to her head in an incident in south London.

In a statement on Facebook, Taking the Initiative Party (TTIP) – the group with which Johnson is affiliated – said the shooting happened in the early hours of Sunday and followed “numerous death threats”.

The Metropolitan Police said there was nothing suggest that it had been a targeted attack.

TTIP’s statement said: “It is with great sadness that we inform you that our own Sasha Johnson has sustained a gunshot wound to her head. She is currently hospitalised and in critical condition. The incident happened in the early hours of this morning, following numerous death threats.

“Sasha has always been actively fighting for black people and the injustices that surround the black community, as well as being both a member of BLM and a member of Taking the Initiative Party’s Executive Leadership Committee. Sasha is also a mother of 3 and a strong, powerful voice for our people and our community.”

The Oxford Brookes graduate is a known figure in the Black Lives Matter movement and is described as “a strong, powerful voice for our people and our community” by the TTIP. She rose to prominence after last year’s BLM protests spread across the country, helping to organise marches and address crowds.

Her page on the TTIP website said: “She has an immense passion for implementing change and justice and has been actively supporting the eradication of injustices in society by attending and leading protests.”

Claudia Webbe, the MP for Leicester East, wrote online: “Shocking to hear of the gunshot to the head of Sasha Johnson; All women should be safe on our streets. Wishing her a full recovery. Sending love and solidarity to her family, friends and loved ones. There are still too many guns and violent weapons damaging too many lives #BLM.”

Scotland Yard has reissued an appeal for witnesses in relation to a 27-year-old woman in hospital with life-threatening injuries, who was shot in the early hours of Sunday.

The Met said she was found after officers were called to reports of gunshots in Peckham, southeast London, shortly before 3am.

The shooting is believed to have taken place in the vicinity of a house where party was taking place.

A spokesperson said that, while the investigation was at an early stage, there is so far nothing to suggest that it was a targeted attack.

DCI Jimi Tele said: “This was a shocking incident that has left a young woman with very serious injuries. Our thoughts are with her family who are being provided with support at this terribly difficult time.”

He said detectives were making “good progress” in finding the attackers – but added it was “crucial” that any witnesses get in touch.

Tele added: “Finally, I recognise that this incident will have shocked those in the local community and further afield. I would ask people to avoid speculating as to the motive or the circumstances behind it.”

No arrests have yet been made.

Related: Rashford’s million-signature petition to be debated in Westminster today