The WikiLeaks founder’s extradition hearing was told that Trump associates sought the source of leaks from the Democratic National Committee. 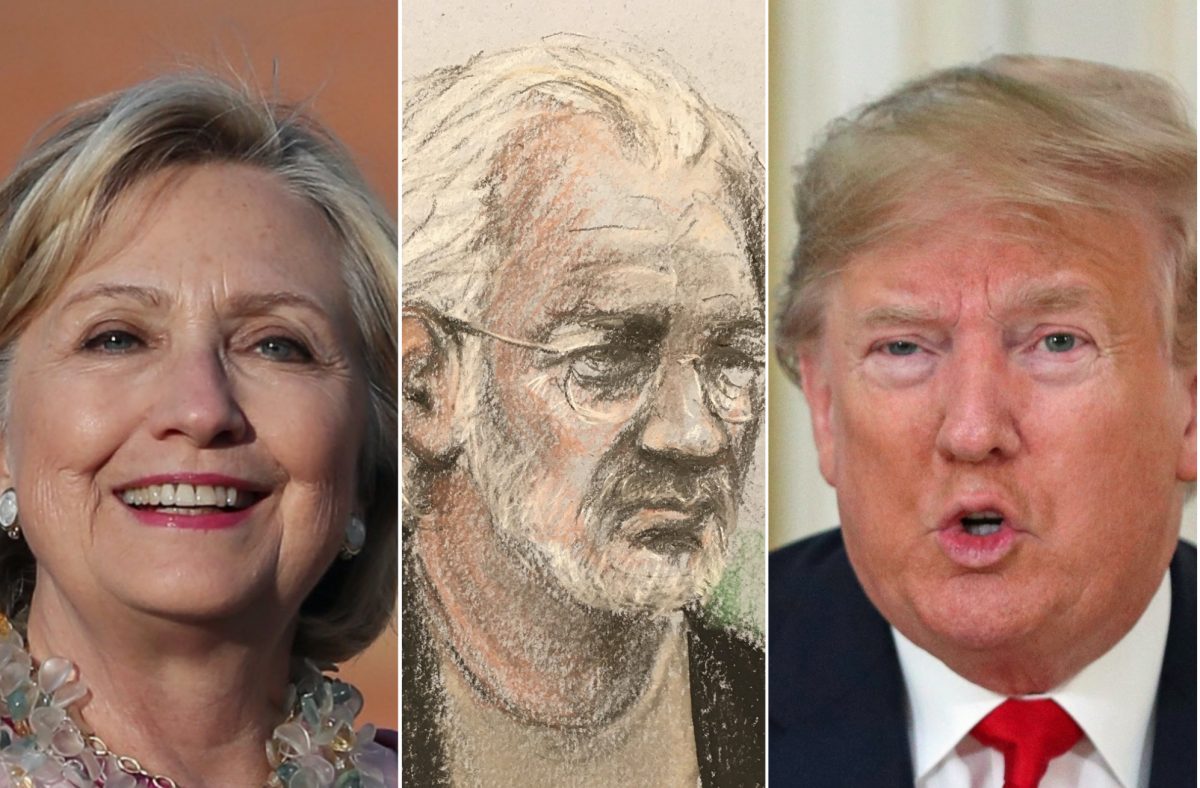 WikiLeaks founder Julian Assange was offered a “win-win” deal by Donald Trump to avoid extradition by revealing the source of the hacking of Democratic party emails, a court has heard.

Barrister Jennifer Robinson said she was asked to attend the meeting by her client, Assange, with Republican Congressman Dana Rohrabacher and Trump associate Charles Johnson at the Ecuadorian embassy on August 15 2017.

In a statement read at 49-year-old Assange’s extradition hearing the Old Bailey on Friday, she said the pair “wanted us to believe they were acting on behalf of the president”.

“They stated that President Trump was aware of and had approved of them coming to meet with Mr Assange to discuss a proposal – and that they would have an audience with the president to discuss the matter on their return to Washington DC,” she said.

“Congressman Rohrabacher explained he wanted to resolve the ongoing speculation about Russian involvement in the Democratic National Committee leaks to WikiLeaks, which were published by WikiLeaks and other media organisations in 2016.

“He stated that he regarded the ongoing speculation as damaging to US-Russian relations, that it was reviving Cold War politics, and that it would be in the best interests of the US if the matter could be resolved.

“He and Mr Johnson also explained that any information from Mr Assange about the source of the DNC leaks would be of interest, value and assistance to Mr Trump.”

Ms Robinson said Mr Rohrabacher said he had come to London to talk to Assange about “what might be necessary to get him out” and presented him with a “win-win situation” which would allow him to leave the embassy and “get on with his life” without fear of extradition to the US.

She said: “The proposal put forward by Congressman Rohrabacher was that Mr Assange identify the source for the 2016 election publications in return for some kind of pardon, assurance or agreement which would both benefit President Trump politically and prevent US indictment and extradition.

“The meeting was concluded on the basis that Congressman Rohrabacher would return to have a direct conversation with President Trump about exactly what would be done to prevent Mr Assange’s indictment and extradition.”

The barrister added that Assange did not provide any source of information.

James Lewis QC, for the US government, said: “The position of the government is we don’t contest these things were said. We obviously do not accept the truth of what was said by others.”

Assange is fighting extradition to the US following the leaks of hundreds of thousands of classified documents in 2010 and 2011.

He is facing 18 charges – including plotting to hack computers and conspiring to obtain and disclose national defence information.

Assange later interrupted proceedings as his barrister, Mark Summers QC, began to summarise the statement of Khaled El-Masri, who had been due to appear as a witness.

The German citizen, who is of Lebanese descent, took his claim that the CIA illegally took him to a secret prison in Afghanistan to the European Court of Human Rights, citing WikiLeaks publications.

He said he was held for more than four months and brutally interrogated after being kidnapped from Macedonia in 2003 and was eventually abandoned in Albania.

Assange told the judge, Vanessa Baraitser: “Madam, I will not accept you censoring a torture victim’s statement to this court.”

Told “you are well represented”, by the judge, Assange replied: “I have tried to convey those instructions”, before the court rose so he could speak to his lawyers.