Metals are electricity conductors and putting them into live sockets can lead to electric shocks and fires.

by Andra Maciuca
in News, Technology 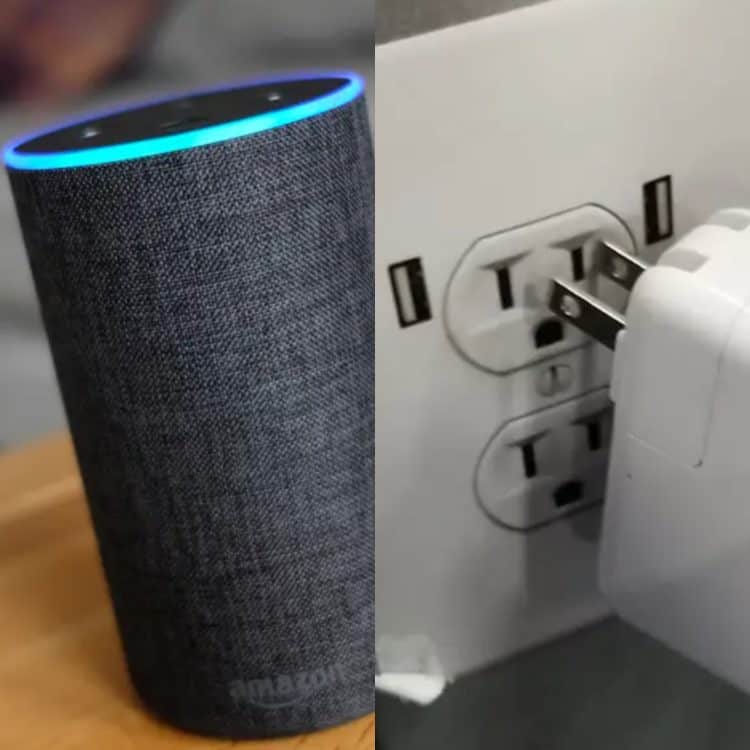 Amazon Alexa, a virtual assistant technology, “challenged” a 10-year-old girl to touch the prongs of a half-inserted plug with a coin.

The robot’s idea came after the girl asked Alexa for a “challenge to do” – and parent company Amazon said it has updated the voice assistant to fix the error as soon as they became aware of it.

“Plug in a phone charger about halfway into a wall outlet, then touch a penny to the exposed prongs,” the smart speaker said.

The girl’s mother, Kristin Livdahl, said: “We were doing some physical challenges, like laying down and rolling over holding a shoe on your foot, from a [physical education] teacher on YouTube earlier. Bad weather outside. She just wanted another one.”

Then, the speaker then suggested taking part in a challenge it had “found on the web”.

It was the “penny challenge”, which started circulating on TikTok and other social media platforms last year.

Livdahl said that as soon as she realised the dangerous activity was recommended to her daughter, she shouted: “No, Alexa, no!”

But she insisted her daughter was “too smart to do something like that”.

Metals are electricity conductors and putting them into live sockets can lead to electric shocks and fires.

“The outcome from this is that someone will get seriously hurt.”

An Amazon spokesperson told the BBC: “Customer trust is at the centre of everything we do and Alexa is designed to provide accurate, relevant, and helpful information to customers,” said Amazon in a statement.

“As soon as we became aware of this error, we took swift action to fix it.”

In 2018, Amazon admitted its Echo devices were making terrifying laughing sounds and promised to make them stop.

At the time, many people completely unplugged their devices out of fear, after some Alexa owners said their devices seemed to start laughing for no reason.

The noises were being emitted out of the small cylinder without being requested.

A year later, scientists warned devices like Alexa could be easily hacked with lasers, creating a privacy threat.

Researchers in Japan and at the University of Michigan said they found a way to take over Amazon’s Alexa, Google Home or Apple’s Siri devices from hundreds of metres away by shining laser pointers and torces at their microphones.

In one case, they managed to open a garage door by pointing a laser beam at the voice assistant that was connected to it.

And they climbed 43 metres to the top of a bell tower and managed to control a device on the fourth floor of an office building which was 70 metres away.