84 organisations representing migrants and black, Asian and minority ethnic (BAME) groups in the UK have today signed a letter expressing concerns that adopting the IHRA’s new definition of antisemitism would suppress free discussion of the Palestinians’ “dispossession by ethnic cleansing, when Israel was established” and “silence public discussions on current or past practices of […] 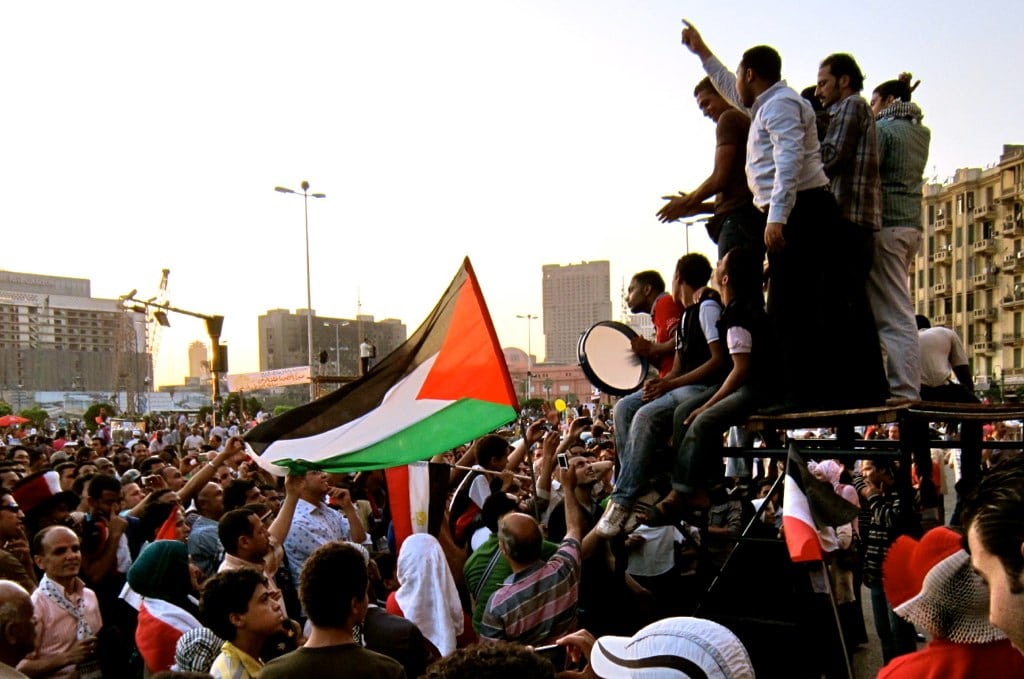 84 organisations representing migrants and black, Asian and minority ethnic (BAME) groups in the UK have today signed a letter expressing concerns that adopting the IHRA’s new definition of antisemitism would suppress free discussion of the Palestinians’ “dispossession by ethnic cleansing, when Israel was established” and “silence public discussions on current or past practices of settler colonialism, apartheid, racism and discrimination.”

The Labour Party have been criticized by elements within the party and Jewish community since its NEC adopted the IHRA (International Holocaust Remembrance Alliance) guidelines, but with some amendments to the examples of antisemitism given.

Jeremy Corbyn has hinted that the NEC will be looking at the issue again and is ready to adopt almost all of its examples now.

Though in a recent interview the Labour Leader said: “The one example that we are discussing and consulting on is one that makes sure that you can discuss and debate the relations between Israel and Palestine, the future of the peace process and, yes, make criticisms of the actions of the Israeli government in the bombing of Gaza and other places.

“But you can never make those criticisms with antisemitic language or antisemitic intentions. And that is what we are absolutely clear on.”

It is this most controversial example of antisemitism in the IHR’s definition of antisemitism – “denying the Jewish people their right to self-determination, e.g., by claiming that the existence of a State of Israel is a racist endeavour” – that has caused consternation that it might be used to suppress discussions on Palestinian self-determination and the movement for Boycotting, Divestment and Sanctions (BDS) on Israel.

A recent letter by 40 Jewish bodies from 15 countries rejected the IHRA’s definition and warned that this “definition of antisemitism, which is increasingly being adopted or considered by western governments, is worded in such a way as to be easily adopted or considered by western governments to intentionally equate legitimate criticisms of Israel and advocacy for Palestinian rights with antisemitism, as a means to suppress the former.”

Today’s letter from an impressive list of over 80 bodies that deal with immigrant rights and racism from the Society of Black Lawyers to Justice For Grenfell and migrant groups such as The British Palestinian Policy Council write to “reaffirm our fundamental right to the freedom of expression, and publicly to express our anxieties about the suppression of information on the history and lived experience of our communities.”

But whether the Labour Party will heed these concerns remains to be seen. There are reports that the Labour Party in its code of conduct for members plans to adopt the full IHRA definition before its party conference, probably at its next NEC meeting on 4 September.

The party’s biggest trades unions financial backers have urged it to. Len McCluskey yesterday announced that his influential Unite Union would join calls from the GMB, Unison and Usdaw for a speedy adoption of the definition.

The letter and the signatories below – published in The Independent is worth a read:

As migrant and BAME groups in Britain, we reaffirm our fundamental right to the freedom of expression, and publicly to express our anxieties about the suppression of information on the history and lived experience of our communities.

Many of us arrived in the UK as migrants and as refugees, seeking safety from war and repression, and the effects of racism, persecution and colonialism both past and present. As a result, we know their oppressive impact on our communities, and can identify where many of the current experiences of injustices we face in Britain today are also based on racism and colonialism.

These problems are having a destructive impact on public discussions about race and immigration. It is therefore our responsibility – and also our right-  to relay our direct experiences of human rights abuses suffered here and abroad, as well as their structural and historical causes, to address them. This democratic obligation is recognised in Article 10 of the Human Rights Act, to “receive and impart information”, and provides the basis for a democracy to function. As the Institute for Race Relations recently confirmed, our communities: “have a right to be heard, to make…information public, while others have the right to hear them, and the arguments based on these facts”.

We are deeply worried about current attempts to silence a public discussion of what happened in Palestine and to the Palestinians in 1948, when the majority of its people were forcibly expelled. These facts are well established and accessible, are part of the British historical record, as well as the direct experience of the Palestinian people themselves. The Palestinian community in the UK has raised the disturbing absence of key information about these past and current injustices, and highlighted the racism it exposes then and now.

Public discussion of these facts, and a description of these injustices, would be prohibited under the IHRA’s guidelines, and therefore withholds vital knowledge from the public. This silencing has already begun. Today we can freely describe the racist policies experienced in the era of British and European colonialism in our countries of origin (indeed it is taught in British schools), but the colonial history of the Palestinians is continually erased. This is a dangerous breach of our own rights, and of the wider British public: we must all hear the full story of the Palestinians in order to make sense of the current discussions about racism and Israel.

We also know of the efforts by organisations – including UK-based fundamentalist groups aligned with the far-right in the US – to deny Palestinians’ basic humanity by suppressing their entire history and current plight. At the same time, hard-line conservative groups in the US, such as the Middle East Forum, are providing funding and support to anti-Muslim extremist Stephen Yaxley-Lennon (aka Tommy Robinson), deliberately increasing hatred, fear, and confusion. These coordinated efforts by right-wing extremists are being actively encouraged by President Trump’s racism and fear-mongering, which is now aimed at dismantling UNRWA, the UN agency that protects Palestinian refugees.

Over this past year, several terrible events have demonstrated the dangers of silencing migrant and BAME communities. The fatal fire at Grenfell Tower and the shameful Windrush scandal have shown the active legacies of British colonialism, where racism forms an integral part of British policies, and renders our communities invisible. This denies our dignity and humanity, and our right to fair treatment under the rule of law: the bedrock of British society.

We urgently remind politicians and public bodies of their responsibilities to uphold the principles of the Human Rights Act for every British citizen and resident in the UK equally, especially the direct victims of colonialism, racism, and discrimination. As migrant and BAME communities we stand as one, united against all attempts to suppress our voices and our calls for justice, freedom and equality.