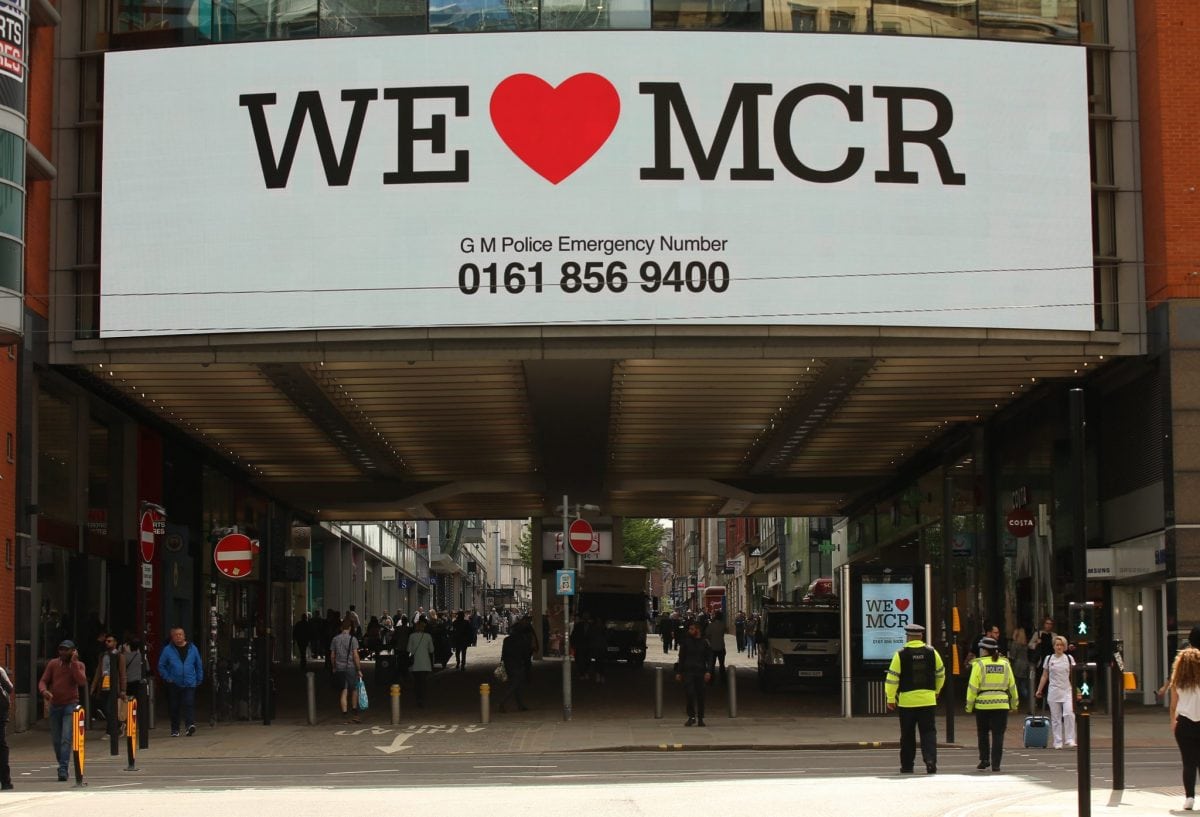 We Love Manchester signs have begun to pop up around the city to show solidarity and to share a helpline for those effected by last nights terror attack in the city. At least 22 people have died, with more than 60 injured after an 'explosion' tore through a pop concert at Manchester Arena in a suspected terror attack. In a statement, GMP said: "This is currently being treated as a terrorist incident until police know otherwise." Officers were called to reports of an explosion at the Manchester Arena just before 10.35pm on Monday, May 22. "So far 19 people have been confirmed dead, with around 50 others injured," the force said. Multiple witnesses reported hearing two "huge bangs" at the venue shortly after US singer's gig finished at around 10.30pm on Monday evening. The area around the arena was swamped with police and emergency services and approach roads were cordoned off.

An 18-year-old Iranian immigrant who is a self-made millionaire is donating €100,000 to victims of the Manchester terror attack.

So far over £4 million has been raised for the victims of the Manchester terror attack.

In addition, Alireza has created a hotline for victims who need help. This help may include medical coverage, housing, transportation needs or just someone to talk to.

Dehghan is also working to set up a fund to offer victims a vacation after what he hopes is a speedy recovery for all.

“I just want to help. I have extensive resources, and will leverage those resources in any way I can in order to help the victims,” states Dehghan.

The hot-line is available 24/7, and Dehghan is asking any agencies who would like to participate or be listed as a resource to reach out.