Detectives described the robbery as a "truly horrifying attack" 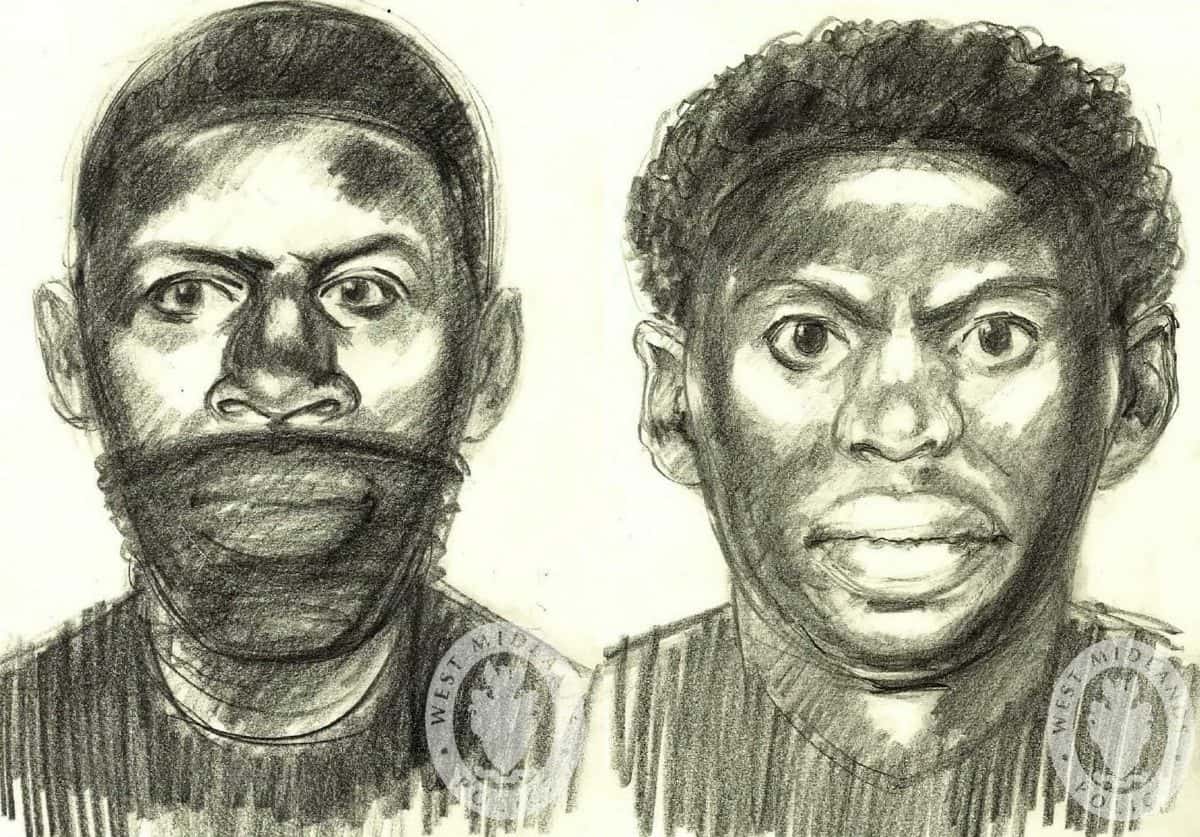 Police have released artist’s impressions of two robbers who battered an elderly couple with MACHETES in a “truly horrifying attack”.

West Midlands Police have issued the pencil drawings of the two attackers in the hope someone will recognise and identify them.

The couple were violently attacked in their home in Bourne Vale, Aldridge, West Midlands, on November 24 at around 7.45pm.

Both victims were attacked with a machete and suffered serious head and hand injuries.

Expensive jewellery and a large amount of cash was stolen during the robbery.

Detective Chief Inspector Scott Griffiths said: “This was a truly horrifying attack where extreme violence was used for no reason.

“The couple are understandably traumatised by what has happened but have been especially brave.

“We continue to support them at this difficult time and were able to work with them to produce these images.

“I’d urge people to take a close look at the images.

“Is it someone you know? Have you seen these men in the area? If so, we need to hear from you.

“Our investigation continues at pace – we’ve collected witness statements, forensically examined the scene and are trawling through hours of CCTV.

“We’re determined to bring these dangerous men to justice – if you can help in anyway please get in touch.”

The charity Crimestoppers are offering a reward of up to £5,000 for information leading to the arrest and conviction of the people responsible. They can be contacted on 0800 555 111.
By Ben Gelblum and Mark Cardwell