THE world’s first scan using twin growth charts has taken place in the UK today at St George’s Hospital in south west London – marking a monumental moment for multiple birth families across the country. The charts mean twins can be accurately measured in the womb so health professionals can instantly recognise whether they are […] 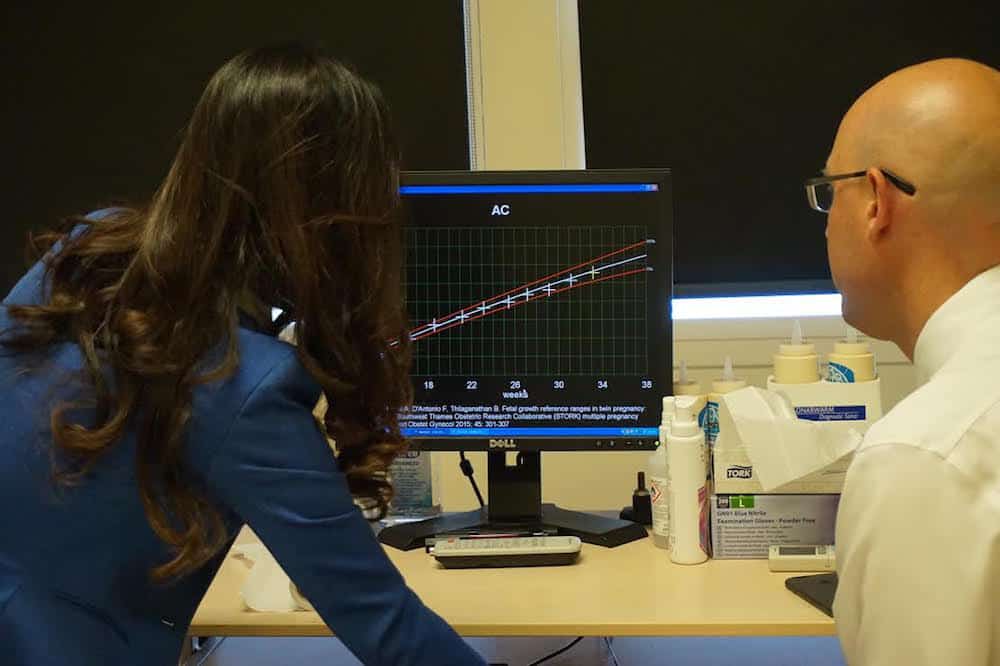 The charts mean twins can be accurately measured in the womb so health professionals can instantly recognise whether they are growing appropriately. It means hundreds of tiny lives could be saved when, previously, growth issues were misdiagnosed and inappropriately managed.

The £25,000 research project to develop the growth charts was funded by twin parents across the country thanks to a massive fundraising appeal by multiple births charity Tamba (Twins and Multiple Births Association). 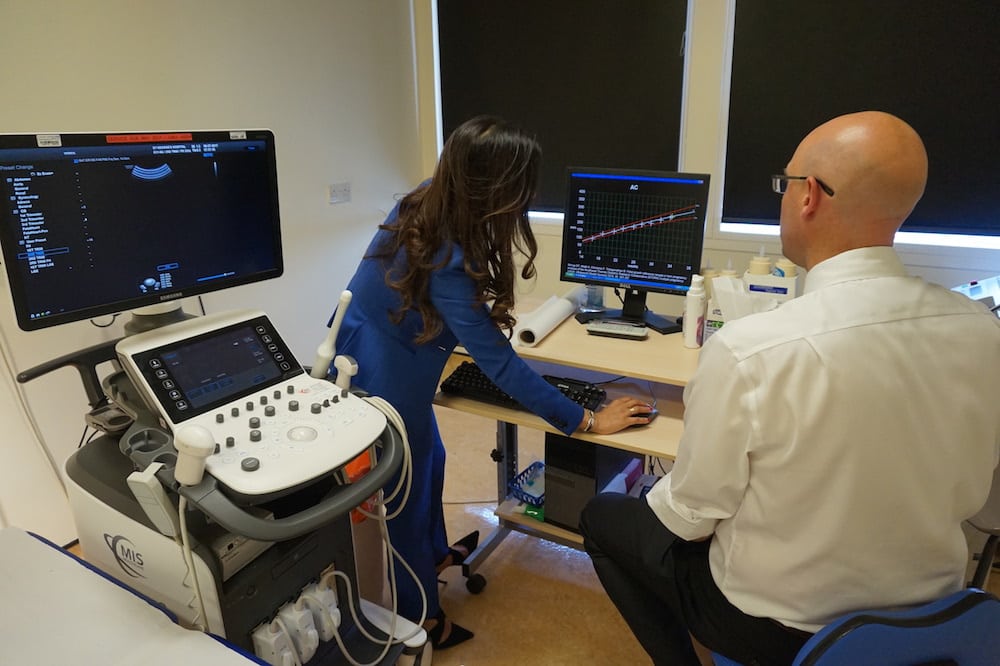 Mala said: “I find it reassuring that my twins are being measured during pregnancy against charts that have been specifically designed for twins. I’m also very excited to part of this world first.”

Tamba CEO Keith Reed gave special thanks to the hundreds of fundraisers who made the research possible, saying that each and every family who made a contribution can credit themselves with being part of a unique project.

He said: “It’s very likely that twins born in the future will be safer, receive superior care and will have a better start in life thanks to this incredible achievement.

“Everyone who gave money towards our fundraising appeal, which was aptly named Beanstalk, is part of an historic moment in the world of maternal fetal medicine – they should be proud their contributions have the potential to start saving lives.”

Previously, hospitals looking after women expecting twins plotted the growth measurements using singleton growth charts and clinicians had to use their judgement to decide how the babies were progressing. 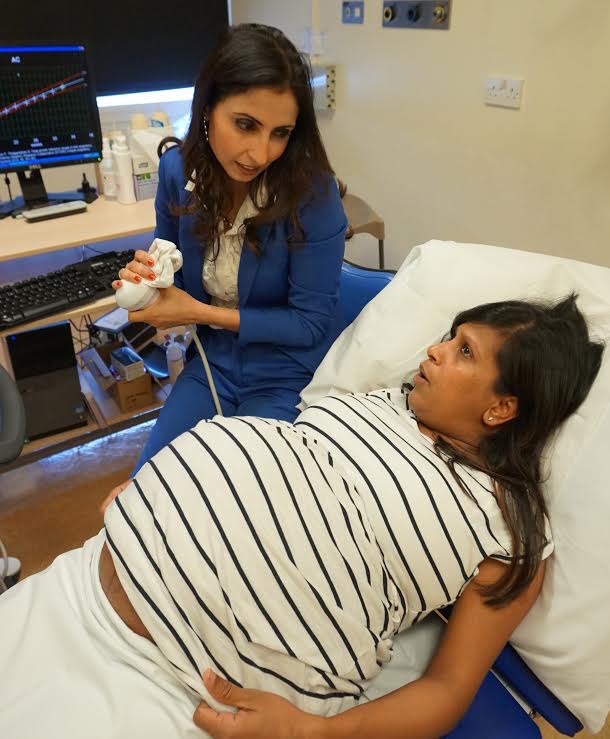 Dr Khalil explained: “The difficulty with this was identifying the difference between babies which were truly small because they were not developing properly versus twins who are normally small. This problem was amplified because the only data available to measure the babies was based on singleton pregnancies only.

“The launch of the twin growth charts is a significant landmark in medical history.”

Experts say that using singleton growth charts to measure twin babies means there is an “over-diagnosis” of growth problems. Incorrectly diagnosing twins as “too small” causes anxiety for the parents and can also result in babies being delivered too early. Premature births can result in severe disabilities.

Dr Khalil added: “For us to deliver early when there isn’t a reason can result in causing potential harm to the babies. The benefit of the growth charts will be protecting babies from the risk of dying better than the single growth charts.

“Not only will it save twin lives, it will also reduce the number of babies needing neonatal care after birth. About 50% of multiple birth babies need some form of special unit treatment once they’re born but with these new twin growth charts we’re hoping to reduce that statistic considerably.

“Of course, our primary objective is to improve healthcare for twin babies during pregnancy. We hope the twin pregnancy growth charts will further improve the care for multiple birth women.”

The growth charts are available within later versions of GE Viewpoint and Astraia software. 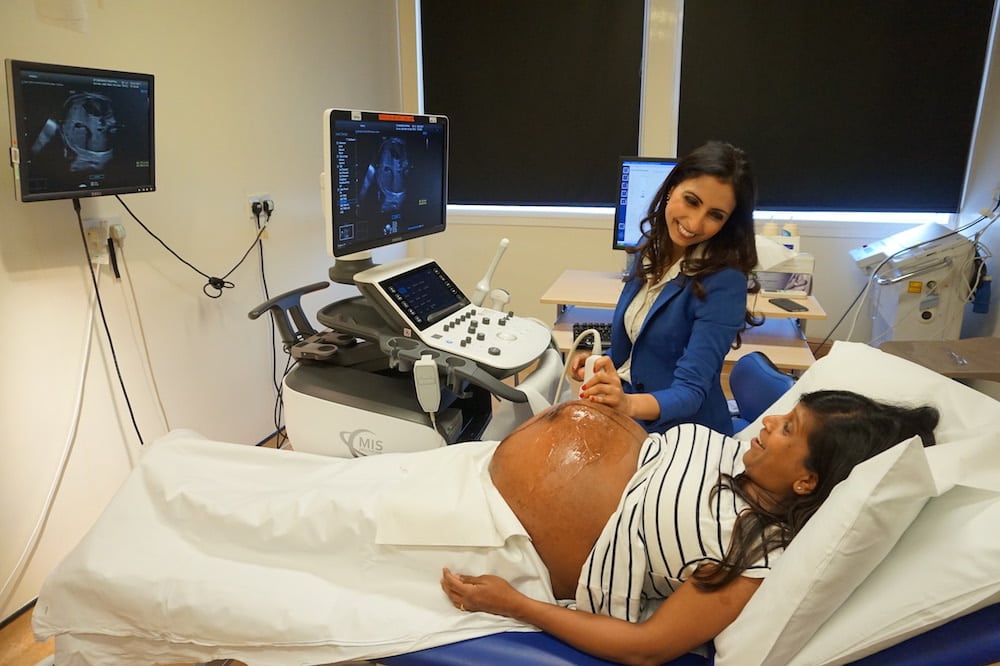 Roland Rott, general manager of Women’s Health Ultrasound at GE Healthcare, said “We are delighted to have been able to work with Tamba to implement the growth charts on GE software, in order to improve the monitoring of twins’ growth and ultimately the healthcare of twin babies and their mothers during pregnancy.”

Although research into twin growth during pregnancy has been conducted in the past, and studies have found a significant difference in their growth compared to singleton babies, the findings have never resulted in twin growth charts being available on hospital computer software.

This means the charts are a world first. But with both companies having systems in hospitals in Europe, the growth charts will also be made available on the continent.

Mr Reed said: “The fact Tamba and St George’s is part of a world first is extremely exciting for our supporters and expectant twin families.

“We hope hospitals across the UK will share our enthusiasm and begin using the twin growth charts as soon as possible.

“This an extremely important day in maternal fetal medicine and we’re excited to see many more thriving, happy, healthy twin babies in years to come.”

To find out more about the growth charts visit www.tamba.org.uk/blog/growth-charts To join in Twins, Triplets and More Week, running from Monday, 3 July to Sunday, 9th July, use #TTMW or #TTMWeek on Twitter.