Millions of Brits could be descendants of Vikings – especially if your surname ends in ‘son’ according to experts. Despite it being more than 900 years since the Viking Age, almost one in three believe their roots can be traced back to the Scandinavian invaders. And experts say surnames can give you an indication of […] 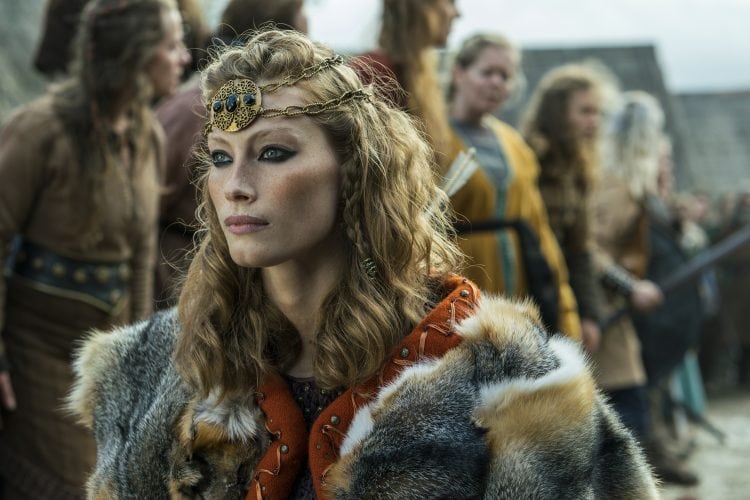 Millions of Brits could be descendants of Vikings – especially if your surname ends in ‘son’ according to experts.

Despite it being more than 900 years since the Viking Age, almost one in three believe their roots can be traced back to the Scandinavian invaders.

And experts say surnames can give you an indication of a possible Viking heritage in your family, with anything ending in ‘son’ or ‘sen’ likely to be a sign.

Other surnames which could signal a Viking family history include ‘Roger/s’ and ‘Rogerson’ and ‘Rendall’.

Names which refer to a personal characteristic were also common among Vikings, such as ‘Long’, ‘Short’, ‘Wise’, ‘Lover’ and ‘Good.’ TV channel HISTORY (which you can find on on Sky, Virgin, BT and Talk Talk) worked with Alexandra Sanmark, from the Centre for Nordic Studies, University of the Highlands and Islands to mark the launch of series four of Vikings, which is airing on the channel now.

The survey of 2,000 people also found 56 per cent admit they would like to discover they are a descendant of the Scandinavians.

Almost four in ten admit they believe the Vikings were just like the stereotype of ferocious raiders with blonde hair and big beards, but more than one in ten aren’t convinced the Vikings even existed.

Just one in twenty were aware Vikings are thought to have bleached their hair to appear more threatening in battle while three quarters had no idea they wrote their own poems.

Alexandra Sanmark said: “Vikings in Britain can be traced through archaeological evidence, such as burials, place-names, DNA studies, Scandinavian influence on the English language.

“The people of the Viking Age did not have family names, but instead used the system of patronymics, where the children were named after their father, or occasionally their mother.

“So, for example the son of Ivar would be given their own first name and then in addition ‘Ivar’s son’. A daughter would be Ivar’s daughter.

“A famous example from a 13th-century Icelandic saga, describing the Viking Age, is Egil Skallagrimsson, who was the son of a man named Skalla-Grim.

“This naming pattern still remains in use in Iceland today but has been abandoned in Scandinavia in favour of family names, just like in the UK.

“People of the Viking Age would often have a descriptive nickname, for example two of the Earls of Orkney who were known as Sigurd the Stout and Thorfill Skullsplitter.” Orkney and Shetland, where the Viking heritage is very strong, is home to many names which can be traced back to the period including ‘Linklater’, ‘Flett’, ‘Scarth’, ‘Heddle’ and ‘Halcro.’

Scottish names such as ‘McIvor’, ‘MacAulay’ and ‘McLeod’ could also signal a Viking family history.

But the research found many Brits have no idea about key Viking facts, with one in five having no idea they originated from Scandinavia.

And almost one in ten believe the Viking Age was around the 15th – 18th century – despite this being the era of rulers such as Henry VIII and Elizabeth I.

One in four were also unaware the Vikings raided the UK, with more than one in twenty believing they targeted south America instead. A spokesman for HISTORY said: “The Viking age is a fascinating period, and a time of which there are many stereotypes and preconceptions. It’s really interesting to see just how much awareness there is of the influence the Vikings have had on our world today.

Vikings is an incredible fictional drama in its own right, but is also heavily rooted in historical fact, which we think is one of the reasons why it’s proven so popular and continues to be going strong into its fourth season.”

Vikings series four is on HISTORY every Tuesday at 9pm and available for catch-up on demand (Sky, BT and Virgin).